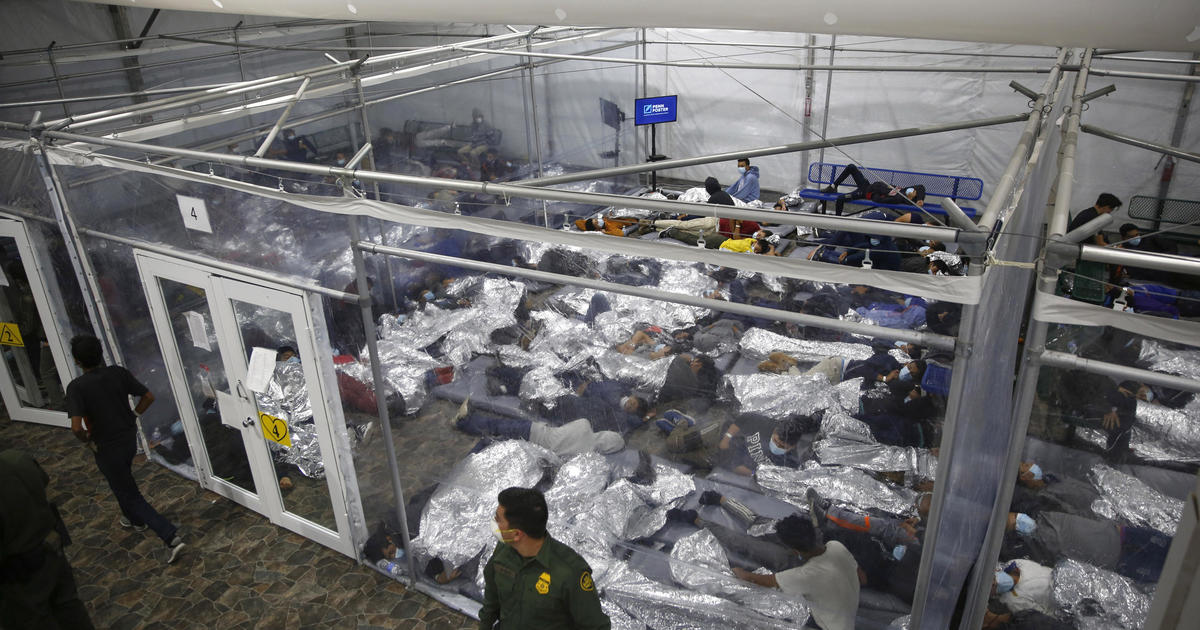 Over a 12-month span beginning in October 2020, U.S. Border Patrol agents processed 12,212 unaccompanied migrant minors who had been previously expelled under Title 42, according to internal Customs and Border Protection (CBP) data obtained through a Freedom of Information Act (FOIA) request.

The statistic provides a glimpse into one of the unintended consequences of the Title 42 policy: migrant parents opting to “self-separate” from their children to allow them to enter the U.S. as unaccompanied minors, who have not been subject to the pandemic-era border expulsions since November 2020.

Government officials and advocates have previously described the “self separations” among migrant families during Title 42’s enforcement, but the Border Patrol figure shows how widespread the phenomenon was last year. Unlike the Trump administration, the Biden administration declined to use Title 42 to expel unaccompanied minors.

The data also show these self-separations and repeat crossings by migrant children were some of the factors that contributed to record arrivals of unaccompanied minors to the U.S. southern border in fiscal year 2021.

While border arrivals of unaccompanied children in the current fiscal year have not reached the monthly records set last year, they’ve remained well above historical trends and are on track to come close to the nearly 145,000 Border Patrol apprehensions recorded in fiscal year 2021, CBP figures indicate.

Seven months into fiscal year 2022, Border Patrol has encountered more than 84,000 unaccompanied minors along the Mexican border, according to the CBP data.

Advocates for asylum-seekers said the self-separations among migrant families is one of reasons they believe the U.S. should discontinue Title 42, a public health authority first invoked by the Trump administration in March 2020 that has allowed U.S. officials to quickly expel migrants without hearing their asylum claims.

“Expelling families under Title 42 had forced parents to make the unbearable choice of keeping their children with them in danger or sending them alone to safety in the United States. No family should have to make that decision,” said Lee Gelernt, an American Civil Liberties Union attorney challenging the expulsions in court.

DHS did not respond to questions about any steps the department has taken to address self-separations among migrant families. The Biden administration has been “well-aware of this phenomenon” and some officials have cited it as a reason to end Title 42, a U.S. official told CBS News, requesting anonymity to discuss internal deliberations.

This is not the first time migrant families have separated in response to a U.S. border policy. During the Trump administration, U.S. government shelters received more than 700 migrant children who had been previously sent back to Mexico with their parents to await their asylum hearings there.

After defending Title 42 as a necessary public health measure for over a year, the Biden administration in early April said it would stop the expulsion policy in late May, citing improving pandemic conditions, including the availability of vaccines.

But a federal judge in Louisiana overseeing a lawsuit filed by Republican state attorneys general could block Title 42’s termination, set for May 23.

The Trump administration used Title 42 across the board, using it to expel more than 15,000 unaccompanied children until November 2020, when a federal judge blocked the practice. Soon after President Biden took office, the Centers for Disease Control and Prevention formally exempted unaccompanied children from Title 42.

The Biden administration has mainly used Title 42 to expel single adult migrants, but it has also expelled some families traveling with children. To date, U.S. border officials have carried out 1.4 million expulsions during Mr. Biden’s first 15 months in office, according to an analysis of CBP figures.

U.S. law requires border officials to transfer most unaccompanied children to the Department of Health and Human Services (HHS) within three days of encountering them. HHS houses these minors in shelters and other facilities until they turn 18 or are placed with a sponsor, who is typically a family member.

As of Thursday, there were more than 9,000 unaccompanied migrant children in HHS care, according to department data.

Title 42 has also fueled soaring rates of repeat border crossings among migrant adults, many of whom are trying to re-enter the U.S. unlawfully after being expelled to Mexico. Border Patrol has recorded a 27% recidivism rate so far this fiscal year, compared to a 7% rate in fiscal year 2019, before the pandemic.

DHS officials said the high recidivism rate would decrease when Title 42 is lifted because border officials will be able to refer more repeat crossers for criminal prosecution and deport additional migrants under the expedited removal process, which imposes a 5-year banishment from the U.S.

Camilo Montoya-Galvez is the immigration reporter at CBS News. Based in Washington, he covers immigration policy and politics.