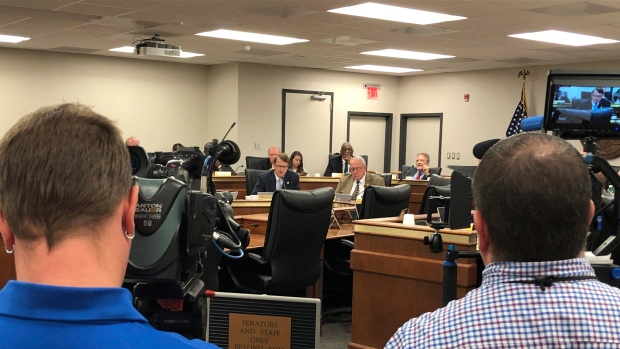 COLUMBIA, S.C. —
For the past three decades, South Carolina lawmakers have chipped away at abortion access, requiring ultrasounds, parental consent and 24-hour waiting periods, and banning the procedure early in the pregnancy: first after 20 weeks, then after six.

But now that the U.S. Supreme Court has cleared a path to ban abortion entirely in the state, some are taking a step back. Politicians, mostly Republican, are noting what happened this month in Kansas, where nearly 60% of voters rejected a ballot measure that would have allowed the state’s Conservative Legislature to ban abortion. Republican Donald Trump received 56% of the 2020 presidential vote in Kansas. Trump won 55% in South Carolina.

“The Kansas vote affirms what most of us know,” said Sen. Sandy Senn, the only Republican senator to vote against the six-week abortion ban that passed 18 months ago. “It’s the people in my party, most all of them men, yelling the loudest that women should have zero choice from the moment of conception.”

Senn says that while she personally believes “all babies should be born,” she also thinks people should be able to decide for themselves whether to continue a pregnancy during the first few months.

A total abortion ban with exceptions only if the life of the mother is in danger has just started its way through the South Carolina General Assembly. Committee hearings and floor debates in the House and Senate will have to take place before any bill lands on Republican Gov. Henry McMaster’s desk.

Republican legislative leaders agreed to the special session after the U.S. Supreme Court overturned Roe v. Wade in June. But instead of a rehash of the arguments lawmakers had in early 2021, when they passed a ban on abortions after cardiac activity is detected – at about six weeks – some Republicans have begun to re-evaluate their positions.

“It’s like you are playing with live ammunition right now. What you are deciding is going to have immediate effect on a lot of South Carolinians,” said Republican Rep. Tom Davis, who voted for the cardiac-activity abortion ban last year after exceptions were added for pregnancies caused by rape and incest and those that put the pregnant person’s life at risk.

Davis said he is now rethinking the whole issue, weighing the rights of a fetus to live against the rights of someone to control their own body.

He says he also will consider the views of people in his well-off coastal district around Hilton Head Island. And he plans to introduce measures to improve prenatal care and give people more emotional and financial support during and after pregnancies.

Rep. Bill Taylor stood just behind McMaster as he signed the six-week ban into law. Last month he sent an email to his constituents with the all-caps title “WHAT’S THE RUSH,” saying South Carolina shouldn’t hurry to pass a full ban now.

Instead, the state should step back for a few years to see how its new law banning the procedure after six weeks works, the Republican lawmaker said. South Carolina should also examine what happens in states that now have a total ban and others that allow abortions later into pregnancies and study the foster care and other social service programs to see what can be done to help them handle an influx of births, he said. About 6,300 abortions were performed in South Carolina in 2021.

“So many questions, so few answers, and solutions,” Taylor wrote in the email, which also included the statement: “I treasure God’s amazing gift of life. I readily accept the label pro-life.”

One reason some abortion opponents don’t want to wait to pass a stricter abortion ban is McMaster, who is up for reelection in November. His Democratic opponent, Joe Cunningham, has promised to veto any bill restricting abortion further. Republicans are a few votes short of the two-thirds needed to override vetoes in both the House and Senate.

Abortion opponents have followed a long path to get South Carolina where it is. Lawmakers first rallied in a significant way in the late 1980s, then ramped up their actions even further in the following decades.

In 1990, they passed a bill requiring the consent of either a parent or judge before a minor could have an abortion. In 1994, they enacted strict requirements for abortion clinics. And in 1997, they passed a law banning partial birth abortions, which are rare.

In 2008, a law required mothers to sign a form that they were told they could look at an ultrasound before an abortion and in 2010, a 24-hour waiting period was passed. A ban on abortion after 20 weeks, which proponents say is the point that a fetus can feel pain, passed in 2018. Before its June ruling, the Supreme Court had never allowed states to ban abortion before the point at roughly 24 weeks when a fetus can survive outside the womb.

Republican Sen. Larry Grooms, who has made ending abortion one of the biggest issues of his 25 years in the Senate, said he wants a full ban because his goal is to “save every life he can” – but he isn’t going to demand a certain bill because “when you make it all or nothing, you can end up with nothing.”

“Every pro-life bill we’ve passed over the past 25 years has helped people understand the humanity of the child,” Grooms said.

Democrats in the Legislature say it’s too late for reflection, given the Supreme Court’s decision and the fact that the state has already restricted abortion so severely. They fear anything is on the table, including criminalizing women who seek abortions in some way.

“I think we will land between crazy and insane,” Democratic House Minority Leader Todd Rutherford said. “Where that line is won’t make any sense. And we shouldn’t be in this position in the first place.”