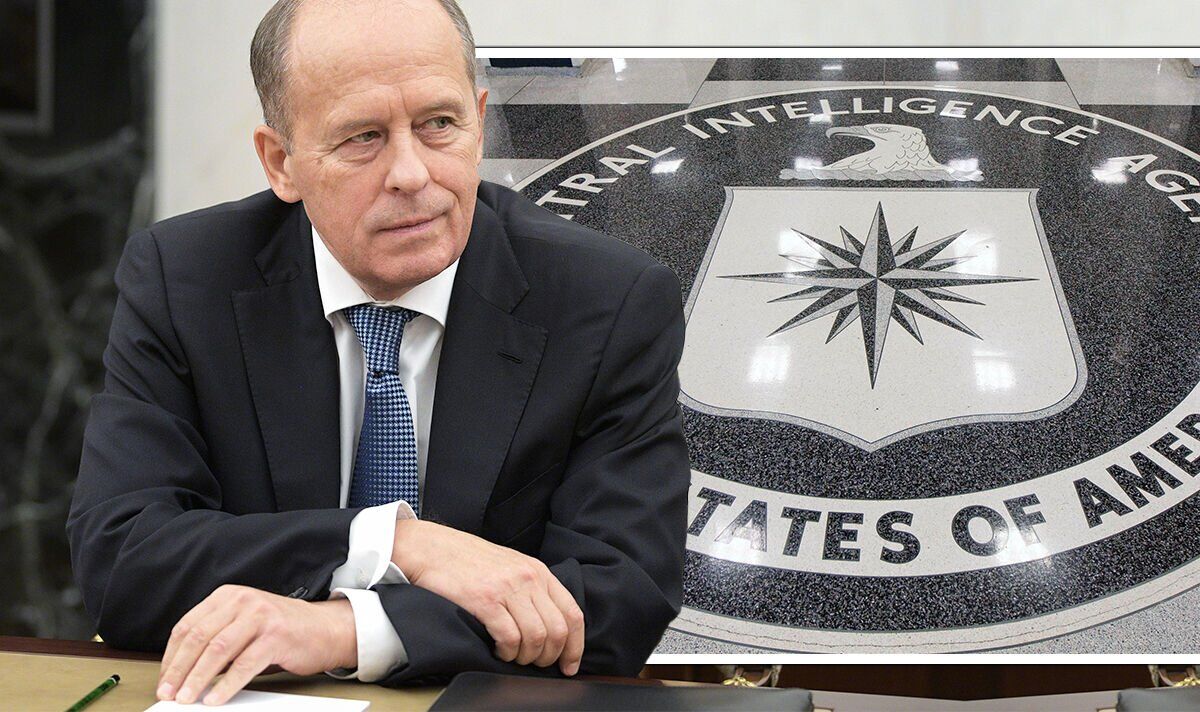 Vladimir Putin is continuing to push ahead with Russia’s war in Ukraine’s eastern Donbas region, focusing on strategically important areas such as the cities of Severodonetsk and Lysychansk. However, after invading Ukraine in February, the Russian President has suffered major setbacks in the conflict as amid his faltering plan, signs of disharmony in the Kremlin have grown.

A bitter blame-game over the war is said to have erupted between the Russian leader and the Federal Security Service (FSB), the primary successor to the Soviet-era security service, the KGB.

Startling reports have suggested that tensions may boil over, and a coup could be launched against Putin, with the head of the FSB Alexander Bortnikov being installed as his replacement.

With Ukraine’s Ministry of Defence and a string of analysts discussing such a possibility, Bortnikov’s past has increasingly come under the spotlight.

One of the spy chief’s most surprising career moments came as he met his US intelligence counterparts in Washington in 2018.

Such a meeting would be unthinkable during the current climate, with US-Russian relations at an all-time low, and Moscow cut off from global trade by international sanctions led by Washington.

Bortnikov travelled to the US to meet with then-CIA director Mike Pompeo, according to the Washington Post, and was accompanied by Sergey Naryshkin, the head of Russia’s Foreign Intelligence Service (SVR).

A top US intelligence official based in Moscow was also called back to Washington for the meeting, which was not initially disclosed by the US government.

The US and Russian delegations were said to have discussed their shared interests in preventing terrorist attacks.

Meetings between US and Russian officials had taken place before, including the previous year, but this one was rare, according to analysts, due to such a large number of Russians meeting with a top US official.

The event was also considered significant by US intelligence that indicated Putin interfered in the 2016 US election in which Donald Trump was elected President.

However, under his leadership the FSB has been criticised for a string of issues including human rights abuses and corruption.

Among them included the poisoning of anti-Putin campaigner Alexei Navalny, an act allegedly carried out by the FSB and which Bortnikov was sanctioned for.

More recently the spy chief has been touted as a successor to Putin should an internal coup be mounted against the Kremlin strongman during the war in Ukraine.

Among those to consider this outcome are Alexey Muraviev, an associate professor and Russian strategic policy expert at Curtin University.

He told Sky News: “Bortnikov has been in the job since 2008 and the fact that he was appointed by Putin’s predecessor Dmitry Medvedev suggests that he is a trustworthy person in the eyes of The Kremlin.”

He added: “If there’s going to be a regime change it’s going to be because the military and the security services would be blaming Putin for being too soft and would be trying to find a way out of this deadlock.”