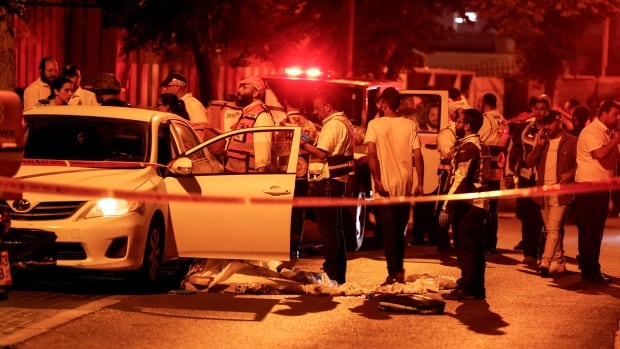 Israeli medics say at least three people were killed in a stabbing attack near Tel Aviv on Thursday night.

Police said they suspect it was a militant attack and that the assailant fled in a vehicle.

Security forces set up roadblocks in the area around where the killings occurred, in the town of Elad, and a helicopter could be seen hovering over the area.

The Magen David Adom emergency service said three people were killed and four others were wounded; two of the wounded were in serious condition.

The identity of the assailant was not yet known. But Israeli-Palestinian tensions have soared in recent weeks, following a series of attacks in Israel, military operations in the occupied West Bank and violence at a major holy site in Jerusalem, sacred to Jews and Muslims.