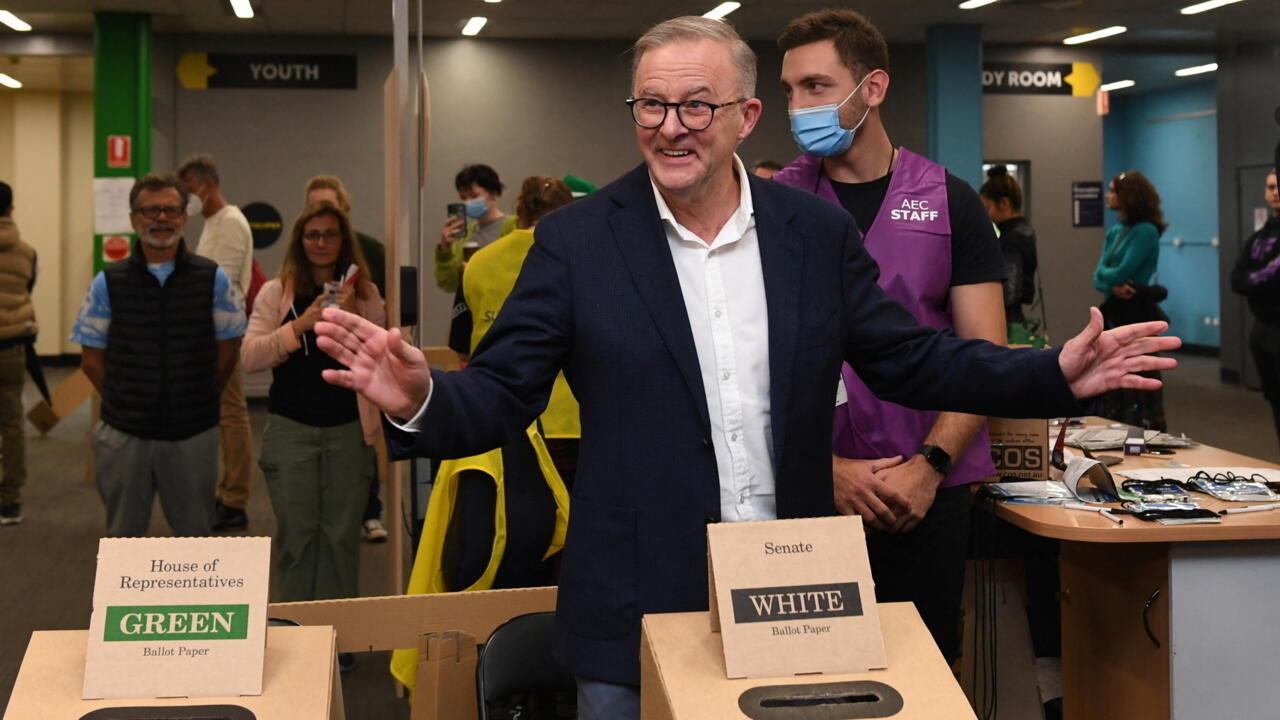 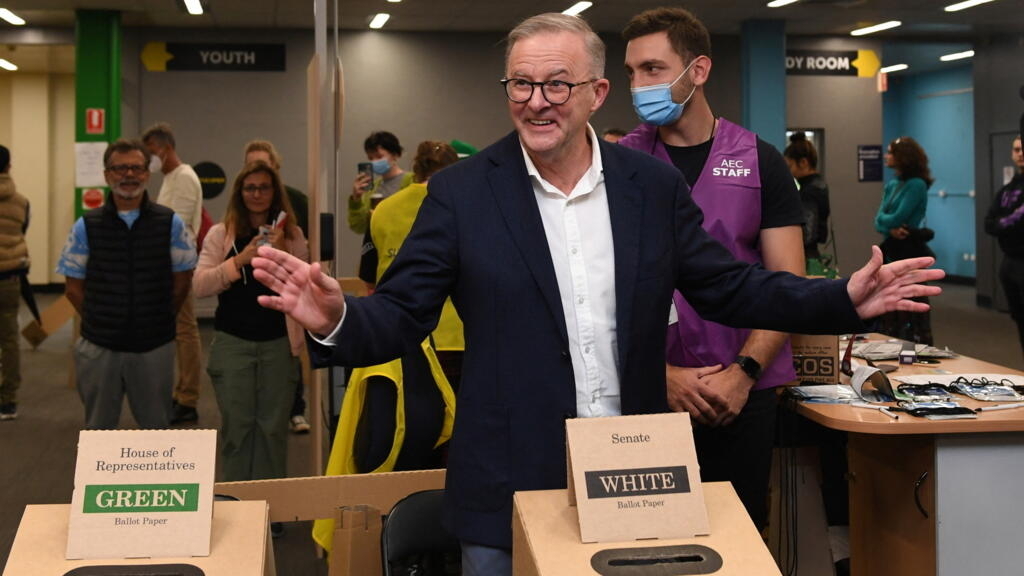 Australia’s election frontrunner Anthony Albanese asked voters flocking to the polls Saturday to give his centre-left party a “crack” at running the country after a decade of conservative rule.

Albanese, the 59-year-old Labor Party leader, was visibly buoyant, saying he was “very positive” about the outcome as he urged people to turn away from a “divisive” Prime Minister Scott Morrison.

Morrison — behind in the pre-election polls — is telling voters to stick with him, boasting of a 48-year-low jobless rate of 3.9 percent in a resurgent post-lockdown economy and warning that Albanese is a “loose unit” incapable of managing the economy.

Three years ago, the 54-year-old Australian leader defied the polls in what he termed a “miracle election win”.

This time, though, the gap is a little wider.

“I believe we have the wind at our back, and I’m very positive about a good outcome,” Albanese said after casting his vote at a town hall in the Sydney suburb of Marrickville with his son, partner and pet dog.

“I’m in it to change the country and that’s what I intend to do,” he said.

Albanese has pledged to end Australia’s foot-dragging on climate change, help people struggling with soaring prices, and hold a referendum on giving indigenous people an institutional voice in national policymaking.

“Give Labor a crack. We have plans for this country,” Albanese said as the day began.

Children greeted Morrison excitedly as he arrived with his wife and two daughters to cast a vote at a school in Sydney’s Lilli Pilli suburb.

Asked how he wanted to be remembered if he lost the election, the prime minister told reporters: “That will be for others to determine.”

Morrison said he approached his job with a “great sense of humility” and respect for Australians “and that is the same spirit in which I continue to seek to do their job.”

In a land scarred by ever more ferocious bushfires, floods and droughts, climate change was on many voters’ minds.

“I grew up in a community that’s been really heavily affected by the fires and the floods over the past five years,” first-time voter Jordan Neville said in Melbourne.

“To see something be done about that and stop that happening again would be amazing.”

Voting is compulsory, enforced with a Aus$20 (US$14) fine but also rewarded at many booths that fired up barbecues to offer people a free “democracy sausage”.

The election will decide who controls the House of Representatives, the Senate and who lives in the prime minister’s “Lodge”.

More than seven million people cast early or postal ballots, according to the Australian Electoral Commission, almost half the electorate.

Two final polls put Labor six points ahead of Morrison’s Liberal-led coalition, but with the race narrowing and neither party assured of an outright victory.

Speaking in Adelaide during a four-state election-eve blitz, Albanese welled up as he reflected on his personal journey — from the son of a single mum living in Sydney public housing to the threshold of the highest office in the land.

“It says a lot about this country,” he said Friday, voice cracking with emotion. “That someone from those beginnings… can stand before you today, hoping to be elected prime minister of this country tomorrow.”

If elected, Albanese notes he would be the first Australian with a non-Anglo or Celtic surname to be prime minister.

Speaking in Western Australia, Morrison admitted his compatriots were going into election day “fatigued and tired”, having endured three years of bushfires, droughts, floods and the coronavirus pandemic.

“I understand that frustration,” he said, having pledged to change if re-elected.

Both sides are trying to woo voters fretting about the rising cost of living, with annual inflation shooting up to 5.1 percent and wages failing to keep up in real terms.

In wealthy suburban areas, many voters are being wooed by a band of more than 20 independent candidates, mostly women, offering conservative policies coupled with strong action on climate change.

Morrison has resisted calls to cut carbon emissions faster by 2030 and supports mining and burning coal into the distant future to boost the economy.

An Ipsos poll released late Thursday and a YouGov/Newspoll released Friday gave Labor a 53-47 percent lead over the coalition on a two-party preferred basis.