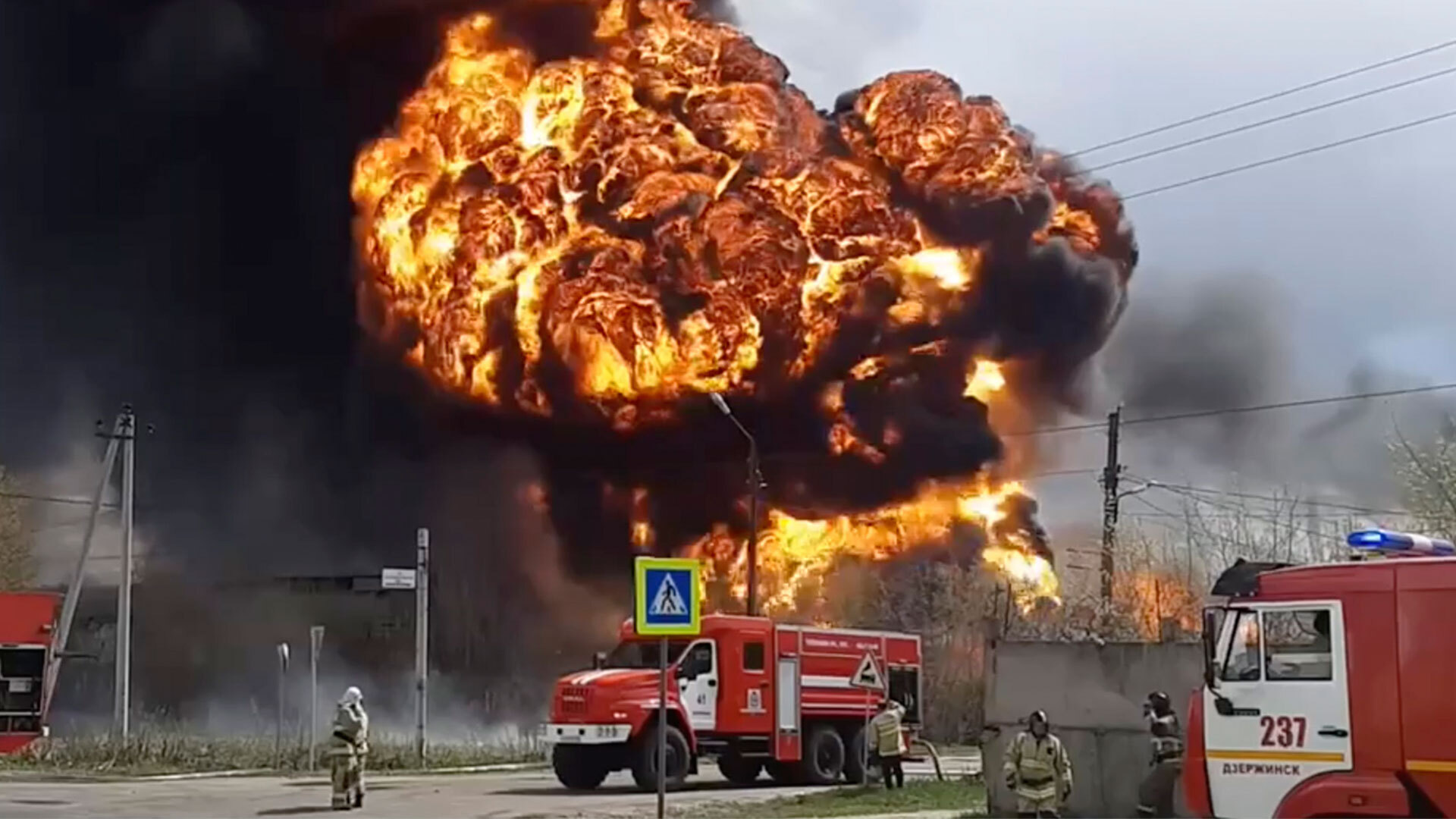 A HUGE ball of flames erupts at a Russian chemical plant in what could be the latest act of sabotage against the Kremlin’s invasion.

The city, about 250 miles east of Moscow, has been dubbed the most polluted place in the world.

Plumes of billowing smoke followed massive explosions around 11am on Wednesday.

Facilities with military links across Russia have been hit by mystery fires amid speculation of possible sabotage by Ukraine in a covert fightback against Mad Vlad’s brutal invasion.

An enlistment office has been hit by Molotov cocktails and an explosives plant has also been targeted.

Some 22 people were killed in a fire at a defence ministry missile design research institute.