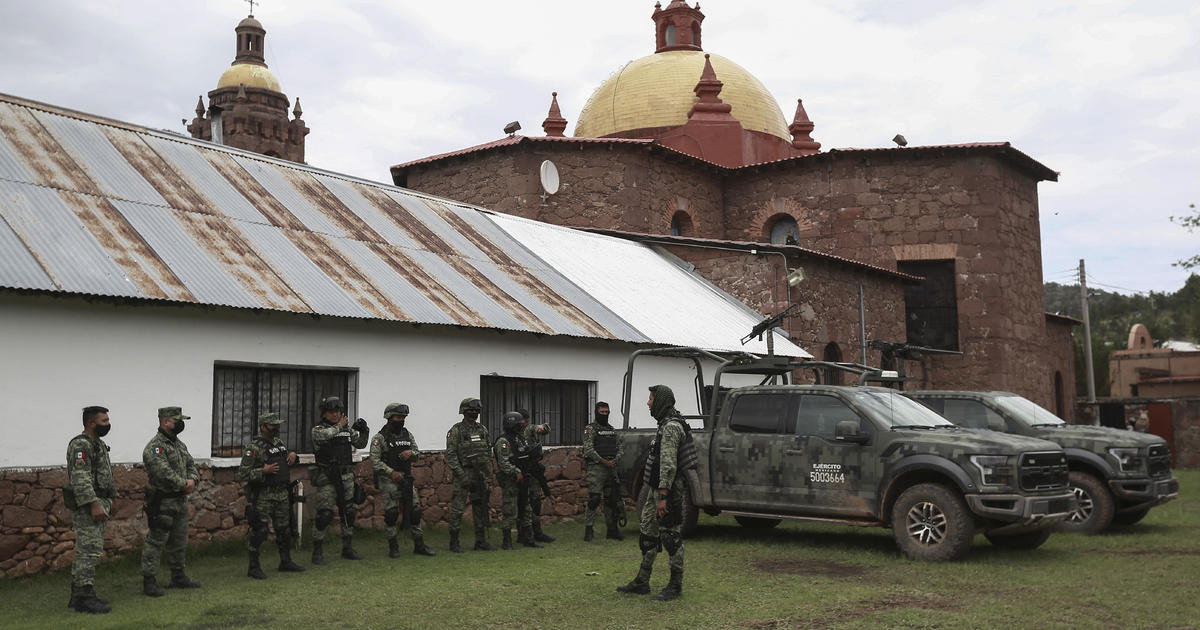 Two days after two priests and a tour guide were gunned down in a church in Mexico and their corpses taken away, their bodies were located and recovered, officials announced Wednesday.

Priests Javier Campos, 79, and Joaquin Mora, 81, were shot dead in the town of Cerocahui on Monday “while trying to defend a man who was seeking refuge,” according to the order, also known as the Society of Jesus.

The pursued man, identified as tour guide Pedro Palma, was also killed and his body was taken away with those of the two priests.

“We have managed to locate and recover… the bodies of the Jesuit priests Javier Campos and Joaquin Mora, and of the tour guide Pedro Palma,” Maru Campos said in a video posted to social media.

The identity of the victims was confirmed by forensic experts, while the state prosecutor’s office announced a reward of $250,000 for information leading to the capture of the alleged murderer. The office said it was the highest reward offered in the history of the state.

Authorities have identified as a suspect José Noriel Portillo Gil, alias “El Chueco,” who is already wanted over the murder of an American tourist in 2018.

The prosecutor’s office said on Wednesday that before the murders, the suspect had assaulted two other people after a disagreement over a baseball game.

He later kidnapped Palma, who managed to escape and ran into the church seeking help.

The church’s Catholic Multimedia Center said seven priests have been murdered under the current administration, which took office in December 2018, and at least two dozen under the former president, who took office in 2012. In 2016, three priests were killed in just one week in Mexico.

The center said that in 2021, a Franciscan priest died when he was caught in the crossfire of a drug gang shootout in the north-central state of Zacatecas as he drove to Mass. Another priest was killed in the central state of Morelos and another in the violence-plagued state of Guanajuato that year.

In 2019, a priest was stabbed to death in the northern border city of Matamoros, across from Brownsville, Texas.

More than 340,000 people have been killed in a wave of bloodshed in Mexico since the government deployed the army to fight drug cartels in 2006.

Mexican President Andres Manuel Lopez Obrador said Wednesday that a manhunt was under way for the alleged murderer.

The suspect was identified by another priest present in the church, he told reporters.

“That area of the mountains has for some time been infiltrated, penetrated, dominated by crime,” Lopez Obrador said.

The three bodies were placed in the back of a pickup truck by armed men, covered with plastic and taken away, according to Father Luis Gerardo Moro Madrid, head of the Jesuits in Mexico.

“We demand justice,” the order said.

Experts say Chihuahua is an important transit route for illegal drugs bound for the United States and violently contested between rival trafficking gangs.

Father Jorge Atilano Gonzalez, also a Jesuit, told a local television station the priests killed on Monday had attempted to intervene because they knew the assailant, who was from the area.

“He wanted to confess” after the shooting, he said, citing the testimony of the third priest present.

“What we believe is that he was in a state of alcoholism or addiction because of the reaction he had,” he added.

Well before many roads were paved in Mexico’s remote Tarahumara mountains, Jesuit priest Javier Campos crisscrossed the area on a motorcycle. During five decades ministering to its impoverished communities, his familiar imitation of a rooster and love of singing earned him the nickname “Gallo.”

His colleague Joaquín Mora was often at his side during the past 20 of those years, during which drug cartels tightened their grip on the region, filling the mountains with opium poppy and marijuana. Together they brought a moral authority to balance the outsized influence of drug traffickers, their fellow priests said.

The two priests were shot to death in the small church on Cerocahui’s town square Monday, along with a tour guide they tried to protect from a local criminal boss.

“They were respected. Their word was taken into account,” said Jorge Atilano, another Jesuit priest, during a Mass Tuesday night in Mexico City.

But the priests had noted changes that made it increasingly difficult to navigate the ever-expanding criminal world.

The Rev. Pedro Humberto Arriaga, a Jesuit superior at a mission in southern Mexico and friend of Campos since their student days, said that when they last spoke in May, Campos told him of “the seriousness of the situation, of how the drug gangs had advanced in the region, how they were taking control of the communities.” Things were spinning out of control with more and more armed criminals moving throughout the area, he said.

Arriaga was not aware of threats against either priest, but everyone was conscious of the risks — there and across the country.

The Associated Press contributed to this report.