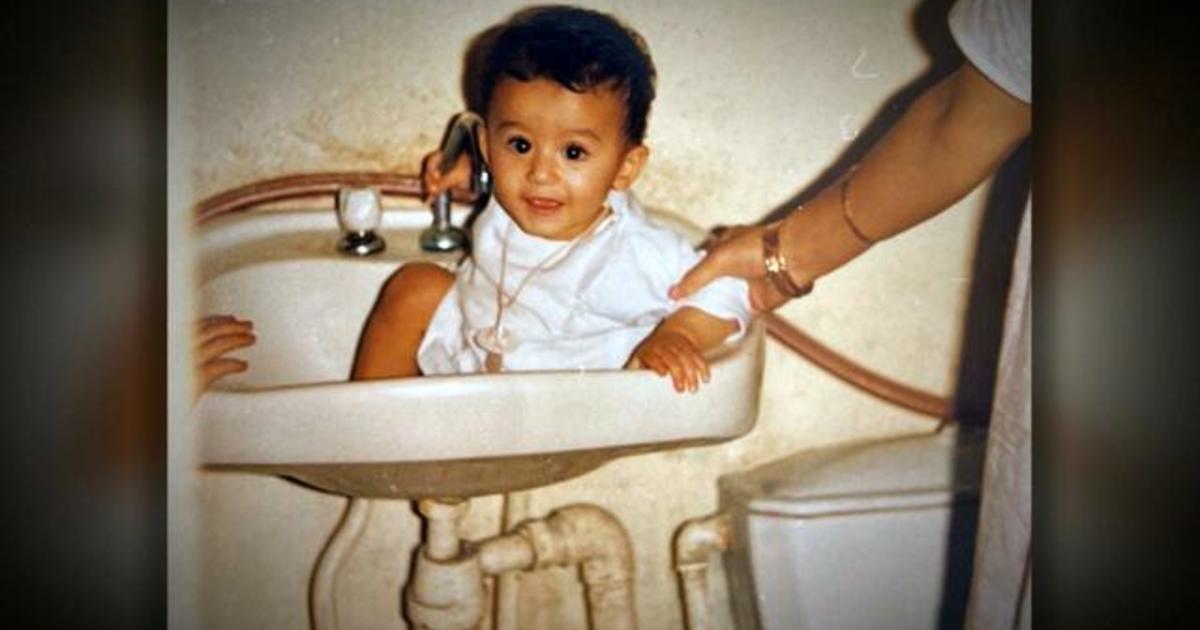 One year after the fall of Afghanistan, millions of Afghans remain trapped in poverty and hunger. But many of those who escaped are starting new lives in countries like the United States. CBS News tech and politics reporter Musadiq Bidar knows exactly what that is like. His family fled Afghanistan in the 1990s, when the Taliban first ruled the country. For “CBS Mornings,” Bidar reflects on his own experiences as a refugee, and what it means to be Afghan-American.

The images of Afghans chasing after a U.S. military plane and clinging to their final hope for freedom reminded me of my family’s struggle to escape the Taliban nearly 30 years ago.

I was born in the basement of our home in Kabul in 1992. The Taliban was just beginning to conquer Afghanistan.

Rockets and bombs exploded outside while my family sought shelter underground during the civil war.

My mother, an airline attendant, and my father, a radio journalist who’d been reporting on the Taliban’s human rights abuses, became targets once the group took control of Afghanistan in 1996.

A grenade meant to kill my father took the life of my grandfather and injured other members of our family. We found ourselves in the same situation that millions of Afghans are in now: Stay home and face potential death, or leave everything behind in search of freedom and opportunity.

We left Kabul in the middle of the night, hiding in the homes of family and friends for months before arriving at a refugee camp in Pakistan.

I was 6 years old when my brother and I started working 10-hour days to help put food on the table. We weaved luxury carpets that are sold in America and Europe.

My dad’s polio limits his physical mobility so he homeschooled us at night. My mom waited outside various embassies in Islamabad, desperately trying to submit a refugee visa application.

We slept on the floor and shared simple treats like birthday cakes but continued to work toward a better future.

In May of 2003, we got a life-changing call: Pack your bags, you’re going to America.

I was 10 years old, and could barely say “hello” or “how are you” in English, but soon found myself translating government documents for my parents.

We resettled in a small two-bedroom apartment in Concord, California. My mom would roll sandwiches at Subway in San Francisco during the day and take English classes after her shift.

I put on my Team USA jersey, watched reruns of “Full House” and “The Fresh Prince of Bel Air,” and carried a basketball around to fit in.

For me, education was the catalyst to success and America gave me the opportunity to seize it. The community in the Bay Area provided a welcoming environment and gave me a chance to proudly call myself Afghan-American.

Student volunteers here at the Athenian School tutored me on the weekends and took me to Giants games. It was at this high school, while on a full scholarship, where I discovered my passion for reporting and telling stories.

I studied journalism in Washington, D.C., a place I stayed for 10 years.

My dad often says coming to America was like winning the lottery. But he also reminds me that prosperity isn’t guaranteed. My family’s success is the success of America and the countless mentors, teachers, friends and colleagues who have supported us at every step.

I followed after my father and pursued a career in journalism, the same career the Taliban tried to kill him for pursuing in Afghanistan.

Last summer I was driving from California to Washington, D.C — a quintessential cross-country road trip as part of an American dream realized. The beauty of the Great Salt Lake and the wonders of Yellowstone National Park were an easy reminder of the enchanting values and ideals that symbolize America beyond its borders.

Twenty-five years ago, rockets and bombs drove my family out of our native land in Afghanistan.

Today, my youngest brother is preparing to study engineering in college. My sister recently graduated and started her own business. My middle brother is a physician’s assistant, caring for elderly patients.

Together, last year, we bought our first home. A slice of earth we can call our own. As a family.

This is what the Afghan refugees who came to the U.S. in the last year are working for now. This is what families reached for last summer at Kabul Airport when they chased after a plane.

They were grasping for the hope and freedom the world knows America will provide.

CBS News reporter covering the intersection between politics and tech.