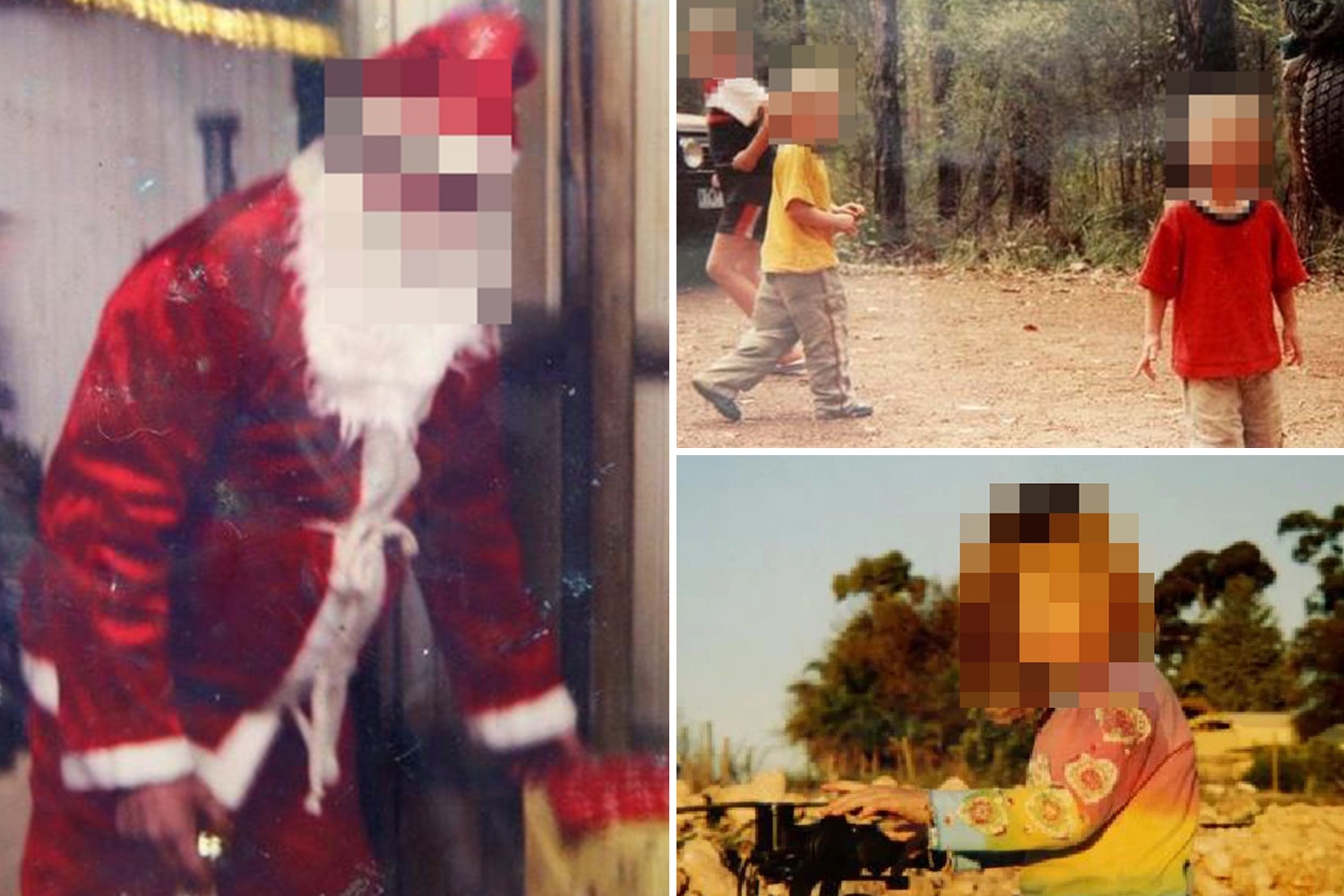 CREEPY pictures have revealed life inside the “world’s most inbred family” – showing a dad dressed as Santa and the clan’s squalid living conditions.

Tim Colt – the perverted patriarch of the Colt family – ran an “incest” farm in the Australian outback where he raped his daughters with his sons and fathered their children.

Colt allegedly had sex with three of his daughters – known as Rhonda, Betty, and Martha – and impregnated them.

Snaps from the Colt family photo album show Tim’s son Charlie dressed up as Santa Claus on Christmas Day in 2006.

One of the children is pictured posing with a pony – one of four kept on the farm.

The family kept rabbits, cats and dogs on the property as well, and carers later heard that the children had mutilated the poor animals.

The Colt kids were given quad bikes as Christmas gifts, and they are pictured riding them around the farm.

A picture shows the quad bikes lined up near a Christmas tree inside a dark and dingy shed, next to wrapped gifts and festive decorations.

Betty Colt and her youngest daughter Carmen – with her arm seemingly bandaged and in a sling – are pictured smiling in a photo.

Carmen told investigators that her father was her uncle Tim, that she had never used toilet paper and that she had sex with other family members.

The Colt children were forced to sleep on thin mattresses inside tents with two of their siblings.

Albert Colt is pictured riding a quad bike on a farm. He told carers that he tortured animals on the property where the family lived, and his sisters said he regularly had sex with them.

A plasma television was set up inside the Colt shed, and children’s backpacks were seen hanging up nearby.

A haunting picture shows the sparse sleeping conditions of the children.

The kids said they were routinely raped by their family members in their sleeping areas.

The Colt family’s makeshift kitchen inside their shed showed a fridge, oven and a gas barbecue – which Charlie later admitted was a safety hazard.

One of Betty Colt’s daughters is pictured posing for a photo while sitting on a run-down piece of playground equipment while clothes hang on a makeshift clothesline in the background.

The fiend, who died in 2009, also had multiple kids with daughter Betty and his eldest girl Rhonda.

The 38-member Colt clan were forced to live in squalor in a sickening story of incest, neglect, and paedophilia.

The children have since been given court appointed pseudonyms to conceal their identities.

Frank Colt was found guilty of sexually assaulting a teen relative during a visit to the family farm near Yass in 2010.

The offence occurred two years before shocked police discovered the clan living in an isolated camp.

The disgusting details of the family –  who moved between rural Victoria, Western Australia South Australia and the Northern Territory – were revealed after a gagging order on their gruesome family history ceased.

Their family tree shows there were four known generations who were living together, including four kids who were the great-grandchildren and grandchildren of Tim Colt.

His youngest daughter had children to her brother Charlie, a court heard.

DNA testing discovered 11 of those children were the product of parents who were closely related to each another.