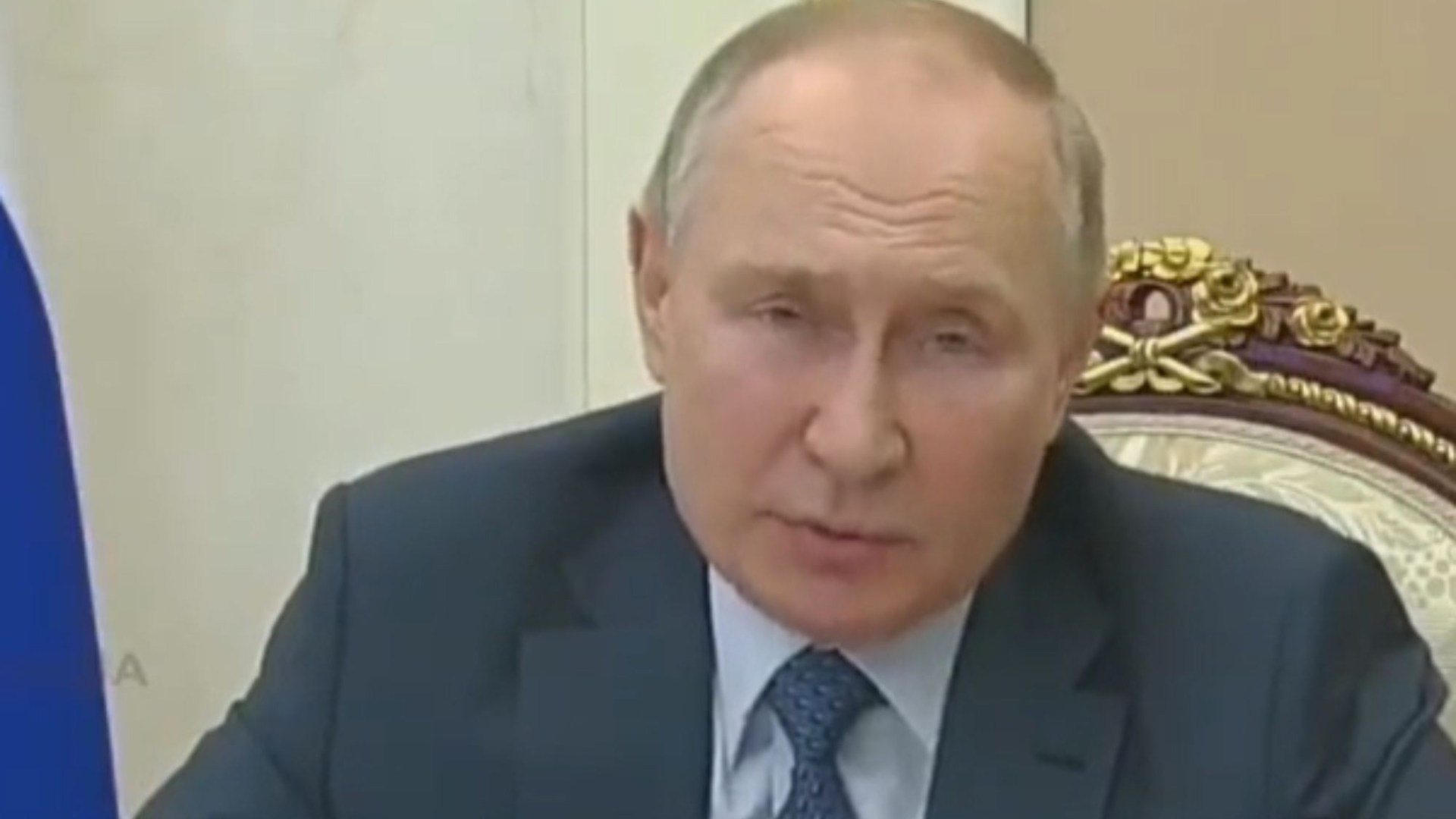 VLADIMIR Putin appeared swollen as he issued a warning about Russia’s potential use of nuclear weapons.

The Russian tyrant, who is rumoured to be “critically ill”, also gave a chilling update on the war in Ukraine, which he said could last for a long time.

Putin’s public appearances during the invasion of Ukraine have shown him out of breath, stumbling over his words, or looking exhausted.

His alleged health issues hit a new low after it emerged that he apparently soiled himself during a fall at his official residence.

Speaking at a meeting of his own Human Rights Council, Putin said the threat of nuclear war is “on the rise”.

“We have the most advanced weapons, but we do not want to wave it around,” he said.

Fears Putin could use nuclear weapons have been heightened since he forcibly drafted 300,000 reservists in a bid to revive his disastrous Ukraine war in September.

As he made the announcement, he said Russia “will use all the means at our disposal to defend Russia and our people” adding “this is not a bluff”.

Since then it has personally overseen chilling nuke drills which rehearsed wiping Britain and the US off the map.

In his latest address, Putin also said the Russian army could be fighting in Ukraine for a long time, but he saw “no sense” in mobilising additional soldiers at this point.

“As for the duration of the special military operation, well, of course, this can be a long process,” Putin said, using his preferred term for Russia’s invasion, begun in February.

The Russian leader has rarely discussed the likely duration of the war, although he boasted in July that Russia was just getting started.

Since then, Russia has been forced into significant retreats, but Putin has said he has no regrets about launching a war that is Europe’s most devastating since World War Two.

He praised the annexation of four partly occupied regions in September after referendums that Kyiv and most members of the United Nations condemned by the West as a sham.

Recent pictures have show Putin looking frailer with a puffy face, while critics say he has been gripping the side of desks during public appearances to hide his tremors.

During talks with his defence minister Sergey Shoigu, the elderly despot was filmed gripping the table and slouching in a sign he’s suffering from Parkinson’s.

And the Russian leader’s hands trembled violently in a video clip showing him greeting Belarusian President Alexander Lukashenko at the Kremlin.

Other footage showed Putin biting his lips and fidgeting distractedly at a church service, further stoking claims the autocrat has a terminal illness.