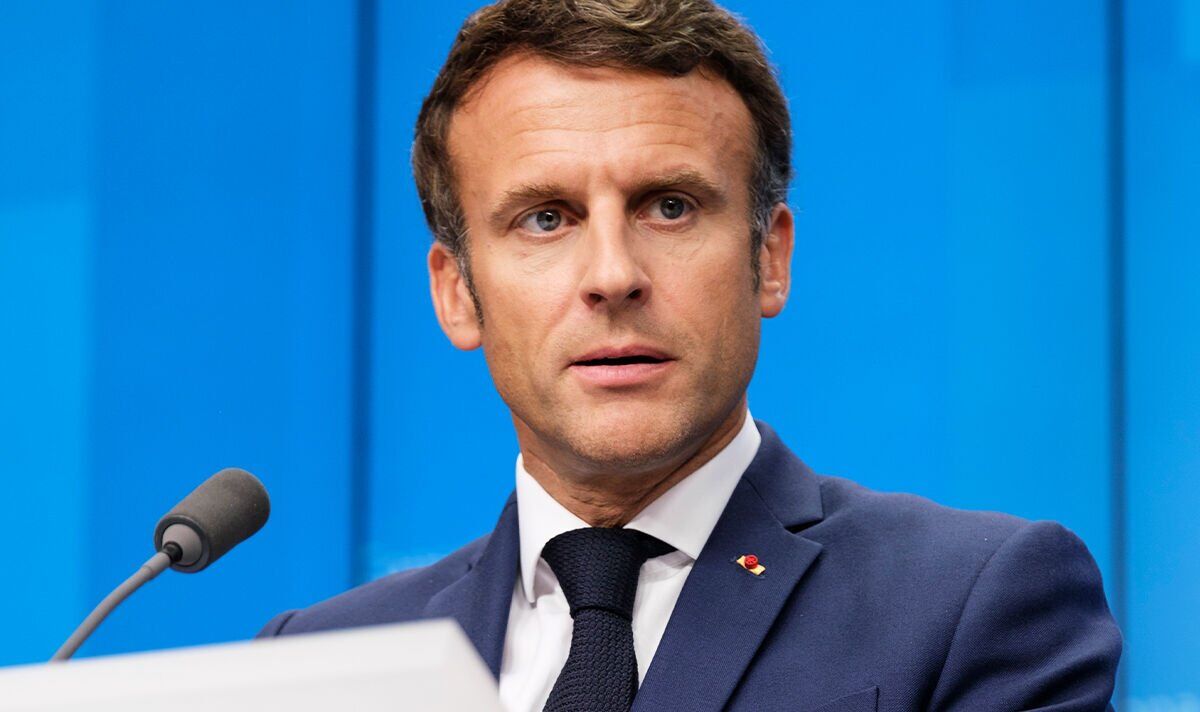 Ukraine was granted EU candidacy on Thursday, a step described by Mr Macron as sending a “very strong signal” to Moscow that the bloc supports Kyiv’s pro-Western aspirations in the wake of Russia’s invasion. While the French leader stressed the move serves as proof of a “united Europe” in the face of the war, critics of the President argue it does the exact opposite.

Génération Frexit said: “This is a very strong signal towards Russia, according to financial genius Emmanuel Macron.

“A signal that is not a sign of peace.”

The group, which inspired by Brexit campaigns for the withdrawal of France from the 27-nation bloc, added on Twitter: The impact of these accessions on our economies requires at least a consultation of the French people by referendum, Mr Macron.”

“The sooner the better.”

Ukraine LIVE: Putin gets desperate as he REMOVES key generals failing in war

The movement’s Eric Noirez condemned low wages in Ukraine and Moldova — which was also granted candidacy — and claimed: “Minimum monthly salary in Ukraine: €179.

“These crazy Europeanists are killing us.

“But when will we wake up?”

The trip was widely viewed as a show of Western unity as well as a symbolic response to complaints from the Ukrainians about the slow pace of arms supplies.

The Commission is due to take stock at the end of 2022.

EU candidate status for Ukraine does indeed send a message to Moscow: Neither Kyiv nor Brussels accepts the Kremlin idea of a new European order.

European Parliament President Roberta Metsola said ahead of the announcement on Thursday: “It will strengthen Ukraine, it will strengthen Europe. It is a decision for freedom and democracy and puts us on the right side of history.”

What about Putin? Although the dictator is against Ukraine’s long-standing desire to join NATO, he insists he has “nothing against” it joining the EU.

What he does care about, he emphasised, is the bloc’s vision for its own defence force.

He said: “The military, defence and security components are being discussed.

“We are, of course, observing it all thoroughly.”

According to Mr Zelensky, retaliation should be expected.

He warned: “Obviously, we should expect greater hostile activity from Russia.

“And not only against Ukraine, but also against other European countries.”