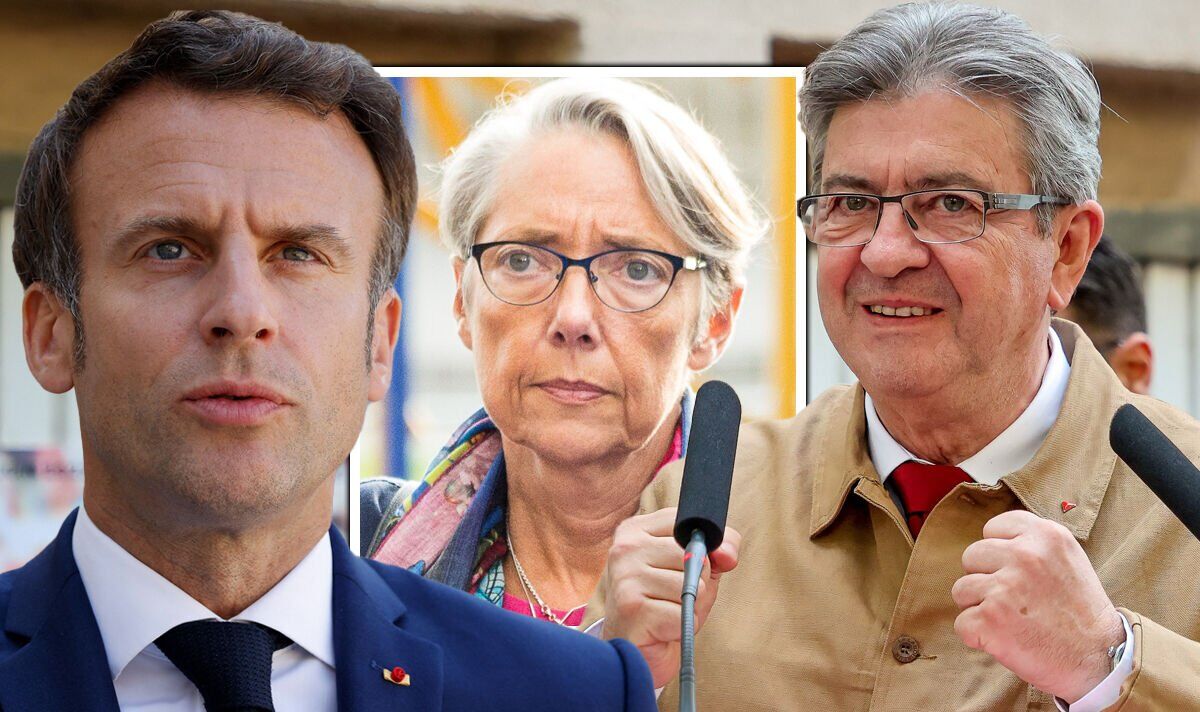 French President Emmanuel Macron has nominated Elizabeth Borne as his Prime Minister after weeks of speculation around who would succeed incumbent Jean Castex. Ms Borne is the first female Prime Minister to have been named in 30 years. But far-left rival Jean-Luc Mélenchon could soon dampen President Macron’s hopes and oust Elizabeth Borne from office.

After losing the presidential election,  Mr Mélenchon pledged to become France’s next Prime Minister with the aim of blowing President Macron’s policies out of the water.

Upon hearing of Ms Borne’s appointment, he mocked: “Well, she has only one month left before packing up.”

According to Mr Morel, his road to power boils down to two key conditions: “The first condition is that (Jean-Luc Mélenchon’s) left-wing union must obtain a majority.

“And the second condition is that he is elected by Emmanuel Macron.”

The far-left leader has now resorted to using the upcoming French parliamentary elections to rise to power.

So far, Mr Mélenchon’s left-wing coalition has been polling ahead of President Macron’s coalition, with the French leader seeing his second term hanging in the balance amid risks of losing Parliament’s support.

On the first condition, Mr Morel says the timing between the presidential election and the parliamentary elections comes in Mr Mélenchon’s favour.

While Jean-Luc Mélenchon appears to stand a chance in the parliamentary election, Mr Morel says, he would still face Emmanuel Macron’s decision.

Mr Morel continued: “Emmanuel Macron can appoint whomever he wants.

“But he is not obliged to elect Jean-Luc Mélenchon as Prime Minister even if he has a majority.

“If he (Macron) elects a Prime Minister who is not Jean-Luc Mélenchon, the left-wing majority can overthrow him. And there is a no-confidence motion in principle.”

France’s parliamentary elections are set to take place on June 12 and 19.