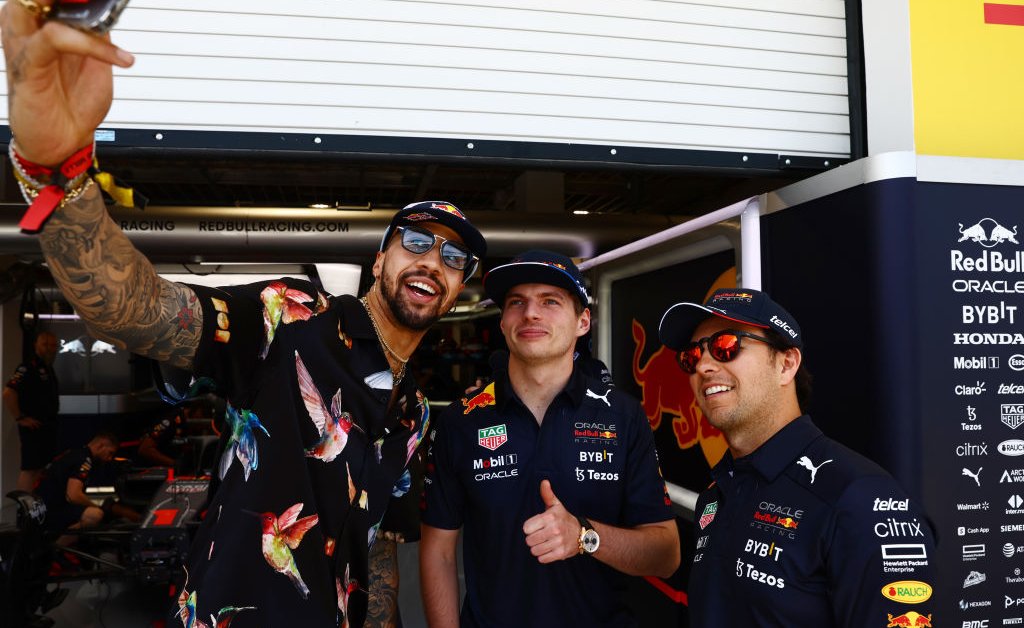 This weekend Formula 1 will make its Miami debut, replete with South Beach excess. The $2 billion racing circuit, which holds events all over the globe, is booming in America, as evidenced by seats to the May 8 Miami Grand Prix—sponsored by Crypto.com—going for in excess of $23,000 on the secondary market; one hotel in the area charging $125,000 per night for a suite on race weekend; and the dry-docked yachts sitting in fake turquoise water at the Miami International Autodrome, the 19-turn track outside Hard Rock Stadium that cost about $40 million to build. The city will be teeming with exclusive parties; celebrities expected to be in attendance include Michael Jordan, LeBron James, Tom Brady, the Williams sisters, Pharrell Williams, Snoop Dogg, Travis Scott, and Dwayne “The Rock” Johnson. Some 300,000 fans, sponsors, and partygoers are expected in Miami for the race; crowds and spending could exceed that of the city’s 2020 Super Bowl.

“It’s a level of excess you might not see in Dubai right now, ” says Matthew Harrigan, an equity research analyst who covers Formula 1 for the Benchmark Company.

Formula 1, often referred to as F1, arrives in Miami riding a tidal wave of momentum in the U.S. The success of the Netflix show Drive To Survive, a behind-the-scenes look at F1’s melodramas involving teams and drivers like seven-time champion Lewis Hamilton and Max Verstappen, who took last year’s title, has drawn younger eyeballs to the sport. The fourth season of the program, released in March, was viewed for more than 57 million hours within two weeks; it reached Top 10 status on the streaming platform in 56 countries. On Thursday, Netflix and Formula 1 confirmed that Drive to Survive had been renewed for a fifth and sixth season.

Success in America, the birthplace of NASCAR, has long eluded Formula 1. But its newfound popularity in the States has helped the brand worldwide. On Friday, Formula 1’s parent company, U.S.-based Liberty Media, released first-quarter 2022 earnings: Formula 1 revenue jumped 100%, to $360 million, compared to the first three months of last year. Revenue hit $2.136 billion in 2021, up 86.5% over the pandemic-ravaged 2020 season, and a 5.6% increase compared to 2019. F1 had 49 million social media followers by the end of 2021, compared to 24.9 million in 2019, a 97% rise. The cumulative worldwide TV audience has increased to 1.55 billion. Formula 1 stock has hit a new high this year.

Daniel Ricciardo of Australia and McLaren playing around with James Corden of Great Britain during practice ahead of the F1 Grand Prix of Miami at the Miami International Autodrome on May 06, 2022 in Miami,

When Liberty Media purchased Formula 1 for $8 billion in 2016, American growth was a top priority. Adding races in glam destination cities like Miami and Las Vegas will only fuel the sport’s popularity in America. F1’s old boss, Bernie Ecclestone, had run the organization with a withered iron fist. Liberty modernized F1’s digital marketing, and for the 2021 season instituted a U.S.-style budget cap on team spending to create more parity in the sport. Verstappen, who races for Red Bull, ended Hamilton’s four-year championship reign last season. Mercedes won its eighth straight “constructors championship,” but this year, Ferrari and Red Bull top the standings. F1 also introduced new aerodynamic regulations intended to create more passing opportunities for cars during races, making events more exciting for viewers. Ferrari’s Charles Leclerc and Verstappen have alternated wins in each of the first four races this season.

“It’s less of a slam dunk that Lewis Hamilton’s going to win every race,” says Crockett. “That’s good for the product. It creates drama. As opposed to boredom.”

F1’s ascendance coincides with the expiration of its TV deal after this season: the organization should be able to command substantially more than the $5 million or so it now receives annually from ESPN. F1 is reportedly seeking $75 million per year in media rights. “And I think there’s a possibility it can go higher than that if things continue to trend favorably,” says Harrigan. Rosenblatt Securities projects that Formula 1 revenues will rise nearly threefold, to $6.5 billion, by 2031.

In America, F1 will have to overcome a checkered past. Sports Illustrated reported that more people attended a bird race in the Phoenix area than the 1989 F1 race held downtown. The 2005 race in Indianapolis was a complete fiasco; only six of the 20 entrants actually competed. Michelin advised the other 14 competitors, who were racing with the company’s tires, that the track posed a safety risk.

“Formula 1 still has a long way to go get totally mainstream,” says Crockett. “The biggest challenge is that the America consumer is chock full of sporting things to watch.”

Miami, however, feels like a moment. F1’s gilded age will be on full display this weekend. Glitzy high-speed racing’s here to stay.