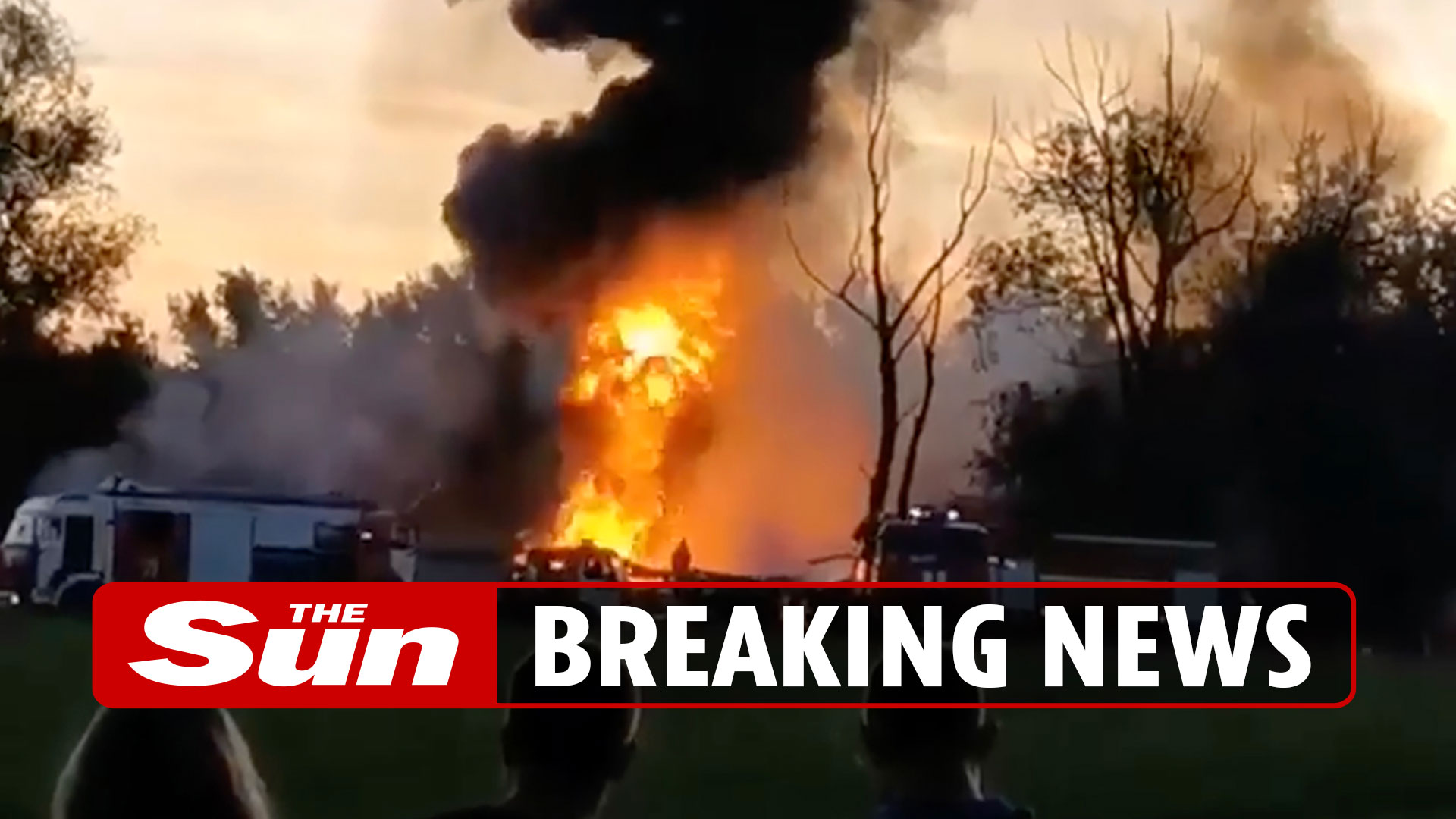 A RUSSIAN military plane has crashed in the west of the country killing four people.

The Ilyushin-76 aircraft reportedly burst in flames before crash-landing in a field, sparking a major emergency response.

A fiery inferno was seen at the crash site in Ryazan, southeast of Moscow.

The plane is said to have burst into flames mid-air and circled for a period before crash landing.

Dramatic video shows the burning plane plummeting to earth as a blazing fireball.

As it crashes behind a row of residential tower blocks, flames and an enormous plume of black smoke rise into the sky. 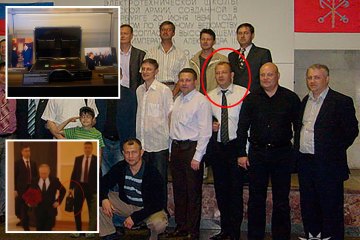 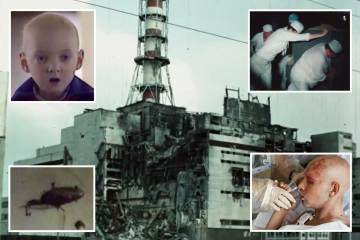 In the video, the voices of eyewitnesses are heard as they watch the stricken aircraft.

Another says: “So scary, it’s flying at us. It’s going to hit the houses, look.”

The pilot appeared to be attempting an emergency landing of the blazing plane.

Although the crash site was close to shops and residential buildings, the pilot managed to avoid any casualties on the ground.

It was believed to be en route to the war in Ukraine with nine on board after refueling in Ryazan when it crashed.

Three passengers died in the crash while the survivors were rushed to hospital after being dragged from the blazing wreckage.

A fourth died in hospital while a further five are said to be in a “grave” condition.

The plane is said to have set off from Orenburg in Belgorod before stopping to refuel in Ryazan, a key base for Russian paratroopers 125 miles southeast of Moscow.

Ilyushin-76s have been used in recent months to transport military equipment from Russia to the frontline in Ukraine.

It isn’t clear yet what equipment the plane was carrying when it crashed.

The cause of the crash is still under investigation.

Help those fleeing conflict with The Sun’s Ukraine Fund

PICTURES of women and children fleeing the horror of Ukraine’s devastated towns and cities have moved Sun readers to tears.

Many of you want to help the five million caught in the chaos — and now you can, by donating to The Sun’s Ukraine Fund.

Give as little as £3 or as much as you can afford and every penny will be donated to the Red Cross on the ground helping women, children, the old, the infirm and the wounded.

The Ukraine Crisis Appeal will support people in areas currently affected and those potentially affected in the future by the crisis.

In the unlikely event that the British Red Cross raise more money than can be reasonably and efficiently spent, any surplus funds will be used to help them prepare for and respond to other humanitarian disasters anywhere in the world.