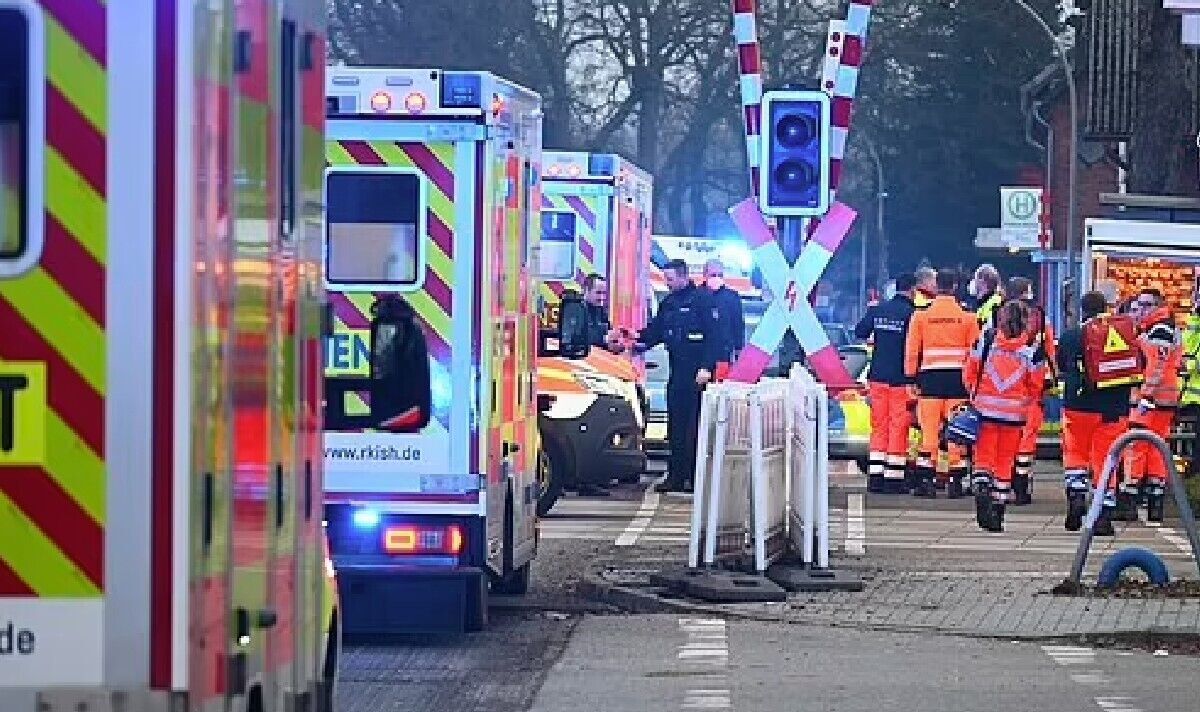 Two people have been killed and at least five others injured after a male suspect wielding a knife attacked passengers on a German train travelling to Hamburg. The incident occurred shortly before 3pm on the locomotive just before it arrived at Brokstedt station near Neumunster, a town in northern Germany. An eyewitness told KN-online that people in his train carriage panicked when three girls ran in and told them a man with a knife was on the train.

An initial statement from a federal police spokesman said at least five people had been wounded and two killed.

A third person is believed to be in critical condition and fighting for their life, according to the German publication BILD.

Police did not give out any information on the suspect’s identity and said his possible motives were under investigation.

Reports have suggested, however, that the man is of Syrian nationality.

The current death toll and number of people injured was confirmed by Sabine Suetterlin-Waack, the interior minister of Schleswig-Holstein state.

The suspect was tackled by police officers at the Brokstedt train station, according to local reports.

Photos from the scene showed several ambulances surrounding the scene, as well as police forces.

The German railway Deutsche Bahn said on Twitter that some services between Hamburg and Kiel had been cancelled as a result of the incident.