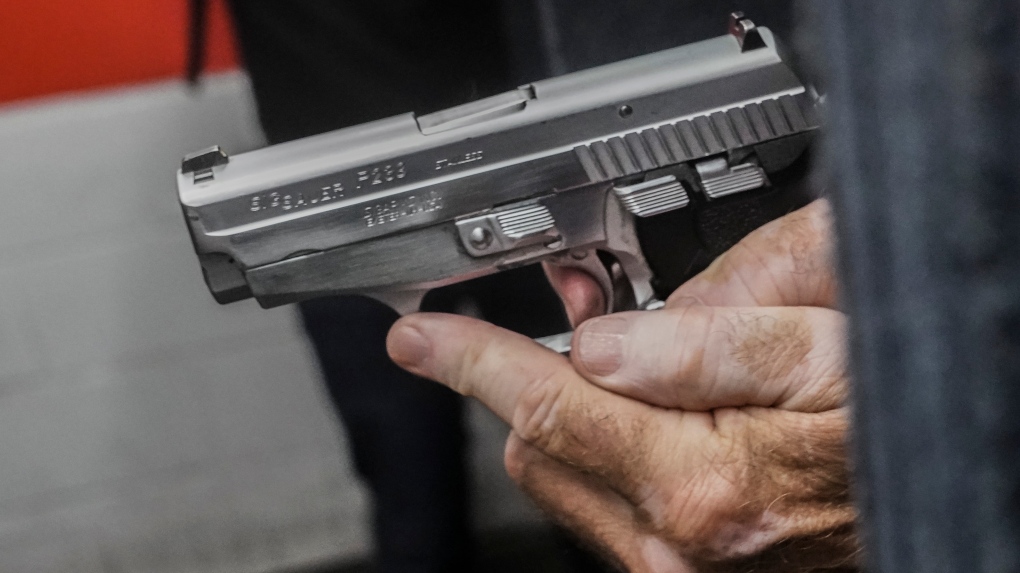 
When the U.S. Supreme Court struck down New York’s tight restrictions on who can carry a handgun, condemnation erupted from liberal leaders and activists.


But some public defenders, often allies of progressive activists, praised the court’s ruling, saying gun-permitting rules like New York’s have long been a license for racial discrimination.


By making it a crime for most people to carry a handgun, New York and a few other states have ended up putting people – overwhelmingly people of colour – behind bars for conduct that would be legal elsewhere, the defence lawyers complain.


“New York’s gun licensing regulations have been arbitrarily and discriminatorily applied, disproportionately ensnaring the people we represent, the majority of whom are from communities of colour,” said The Legal Aid Society, which represents criminal defendants who can’t afford their own lawyers.


The court’s decision Thursday concerned a century-old law that said New Yorkers seeking gun licenses had to show an unusual threat to their safety if they wanted to carry a handgun in public.


Simply wanting a gun for personal defence was not enough. And the police departments or judicial magistrates were given wide discretion to decide who needs and deserves to carry a gun.


Reasons could include being a retired law enforcement officer or working as an armed guard or in a business that transports valuables. A few other states have similar standards.


Ideas include banning them in certain areas, such as subways, or requiring weapons training to get a permit. The officials argue that it’s perilous to make it easier to carry a gun. They envision more arguments turning into deadly confrontations at a time when the nation is already beset by gun violence.


Some civil rights leaders agree. The Rev. Al Sharpton called the Supreme Court ruling “devastating,” and the National Urban League and the NAACP Legal Defence Fund said it was particularly so for Black people.


In a friend-of-the-court brief, the two groups pointed to statistics showing that Black Americans, particularly Black male teens and young men, die from gunfire at a higher rate than do whites or the general population.


“If the Supreme Court actively were seeking out a way to make the nation more volatile and dangerous, it could not have devised a more damaging scenario,” league President Marc Morial said after the ruling.


But attorneys from nearly a dozen New York public defender agencies and organizations cited other statistics.


Black people faced 78% of felony gun possession charges in the state last year, while making up 18% of its population – compared to 7% of prosecutions and 70% of the population for non-Hispanic whites, the defenders said in their own friend-of-the-court brief. Over 90% of people arrested in New York City on charges of possessing a loaded firearm are Black and/or Latino, according to the filing, although non-Hispanic whites comprise nearly 1/3 of the city population.


The defenders argue that the numbers are rooted in a history of racist anxieties about racial and ethnic minorities having firearms and are furthered by an “expensive and onerous discretionary licensing process.”


According to New York Police Department statistics, about 3,500 civilians in the city of 8.5 million have “business carry” licenses, and another 2,000 guards have permits to carry guns while working. About 15,000 retired law enforcement officers have a type of license that’s specific to them. The department didn’t provide a breakdown of licensees by race.


“While white people throughout the nation amass firearm arsenals even as hobbies, Black and Latinx New Yorkers are arrested, prosecuted and imprisoned for simply possessing a single pistol for self-defence,” several of the brief’s authors wrote in an October article on Scotusblog, a legal news site.


One defendant was a working father and college student who carried a gun to a neighbourhood where he’d been slashed in the face; he ended up serving eight months in jail and dropping out of college, according to the defenders. Another man contracted COVID-19 and died last fall while jailed on $100,000 bail in a case alleging he had a gun in his car, which he denied.


Another defendant, a military veteran who served in Iraq and legally owned a gun in her home state of Texas, was arrested for having the weapon in her car in New York. She was jailed for weeks before making bail and was subjected to a child-neglect proceeding that kept her away from her two small boys for a year. The criminal case was eventually dismissed.


“I lost everything: my job, my car, my home and my kids,” she said in the court filing.


In Chicago, Cook County Public Defender Sharone Mitchell Jr. has become convinced that Illinois’ firearms laws – which are strict but don’t include a New York-style “proper cause” standard – are doing less to keep guns off streets than to put people in prison. A quarter of his caseload involves no other charge but gun possession.


“We have a gun problem, full stop. But failed policies are part of the problem,” Mitchell said in a statement after the Supreme Court ruling in the New York case. “These laws facilitate racially targeted enforcement that sends thousands of Black people to prison because they do not have or cannot get the required licenses, not because they’ve been accused of harming someone.”


The high court indicated that states still can require licenses and can impose some conditions, and New York and other states with similar laws will surely look closely at what leeway they still have.


But some public defenders suggest lawmakers should take a broader view of gun safety.


“Regulation and criminalization are not our only options,” said Corey Stoughton, a Legal Aid Society attorney who focuses on legislative and regulatory reform. She points to such approaches as violence intervention programs.