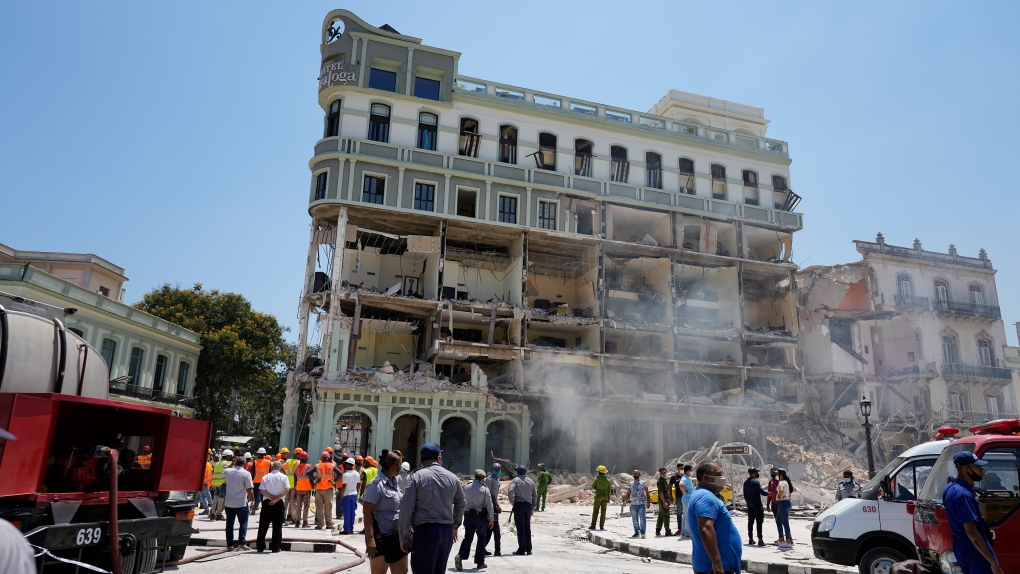 A powerful explosion apparently caused by a natural gas leak Friday killed at least eight people and injured 40 when it blew away outer walls from a five-star hotel in the heart of Cuba’s capital.

No tourists were staying at the 96-room Hotel Saratoga because it was undergoing renovations, Havana Gov. Reinaldo Garcia Zapata told the Communist Party newspaper Granma.

“It has not been a bomb or an attack. It is a tragic accident,” President Miguel Diaz-Canel, who visited the site, said in a tweet.

The blast sent smoke billowing into the air around the hotel with people on the street staring in awe, one saying “Oh my God,” and cars honking their horns as they sped away from the scene, video showed. It happened as Cuba is struggling to revive its key tourism sector that was devastated by the coronavirus pandemic. 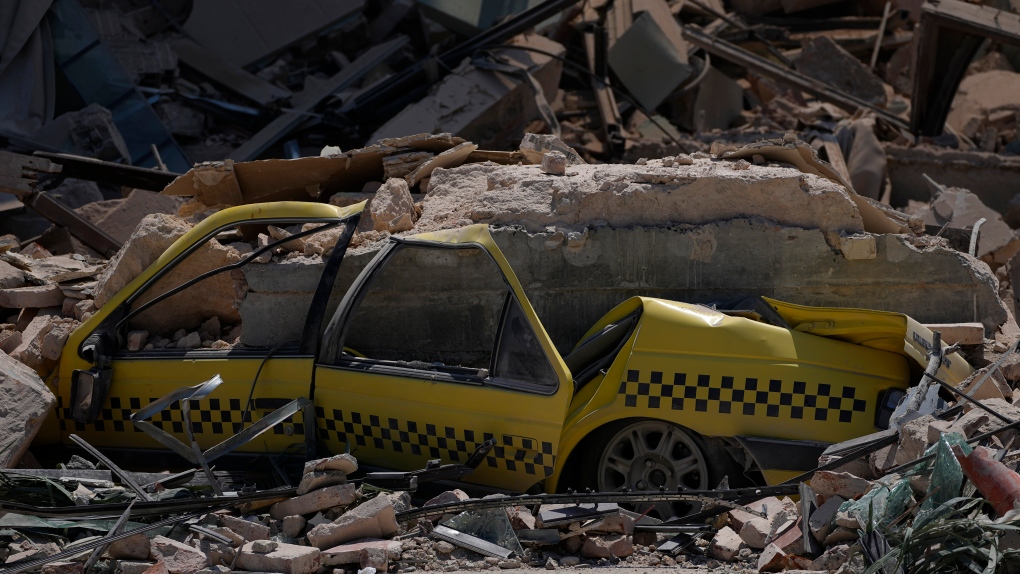 A taxi is buried in rubble at the site of the five-star Hotel Saratoga after a deadly explosion in Old Havana, Cuba, Friday, May 6, 2022. (AP Photo/Ramon Espinosa)

Cuba’s national health minister, Jose Angel Portal, told The Associated Press that hospitals had received about 40 injured people, but estimated that the number could rise as the search continues for people who may be trapped in the rubble of the 19th century structure in the Old Havana neighborhood of the city.

Granma reported that local officials said 13 people were missing. An elementary school next to the hotel was evacuated and local news media said no children were hurt.

Police cordoned off the area as firefighters and rescue workers toiled inside the wreckage of the hotel, which is about 110 yards (100 meters) from Cuba’s Capitol building. The hotel has been used frequently by visiting VIPs and political figures.

Photographer Michel Figueroa said he was walking past the hotel when “the explosion threw me to the ground, and my head still hurts…. Everything was very fast.”

Worried relatives of people who had been working at the hotel showed up at a hospital in the afternoon to look for them. Among them was Beatriz Cespedes Cobas, who was tearfully searching for her sister. 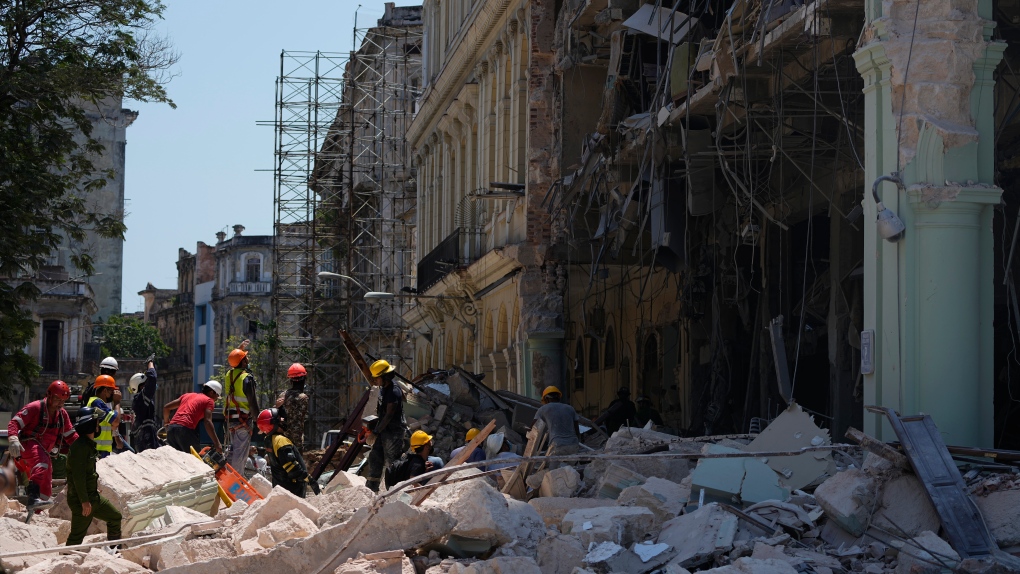 Emergency workers walk amid the rubble outside the five-star Hotel Saratoga after a deadly explosion in Old Havana, Cuba, Friday, May 6, 2022. (AP Photo/Ramon Espinosa)

“She had to work today. She is a housekeeper,” she said. “I work two blocks away. I felt the noise, and at first, I didn’t even associate” the explosion with the hotel.

Yazira de la Caridad said the explosion shook her home a block from the hotel: “The whole building moved. I thought it was an earthquake.”

“I’ve still got my heart in my hand,” she said.

Besides the pandemic’s impact on Cuba’s tourism sector, the country was already struggling with the sanctions imposed by the former U.S. President Donald Trump that have been kept in place the Biden administration. The sanctions limited visits by U.S. tourists to the islands and restricted remittances from Cubans in the U.S. to their families in Cuba.

Tourism had started to revive somewhat early this year, but the war in Ukraine crimped a boom of Russian visitors, who accounted for almost a third of the tourists arriving in Cuba last year.

The explosion happened as Cuba’s government hosted the final day of a tourism convention in the iconic beach town of Varadero aimed at drawing investors.

Mayiee Perez said she rushed to the hotel after receiving a call from her husband, Daniel Serra, who works at a foreign exchange shop inside the hotel.

She said he told her: “I am fine, I am fine. They got us out.” But she was unable to reach him after that.