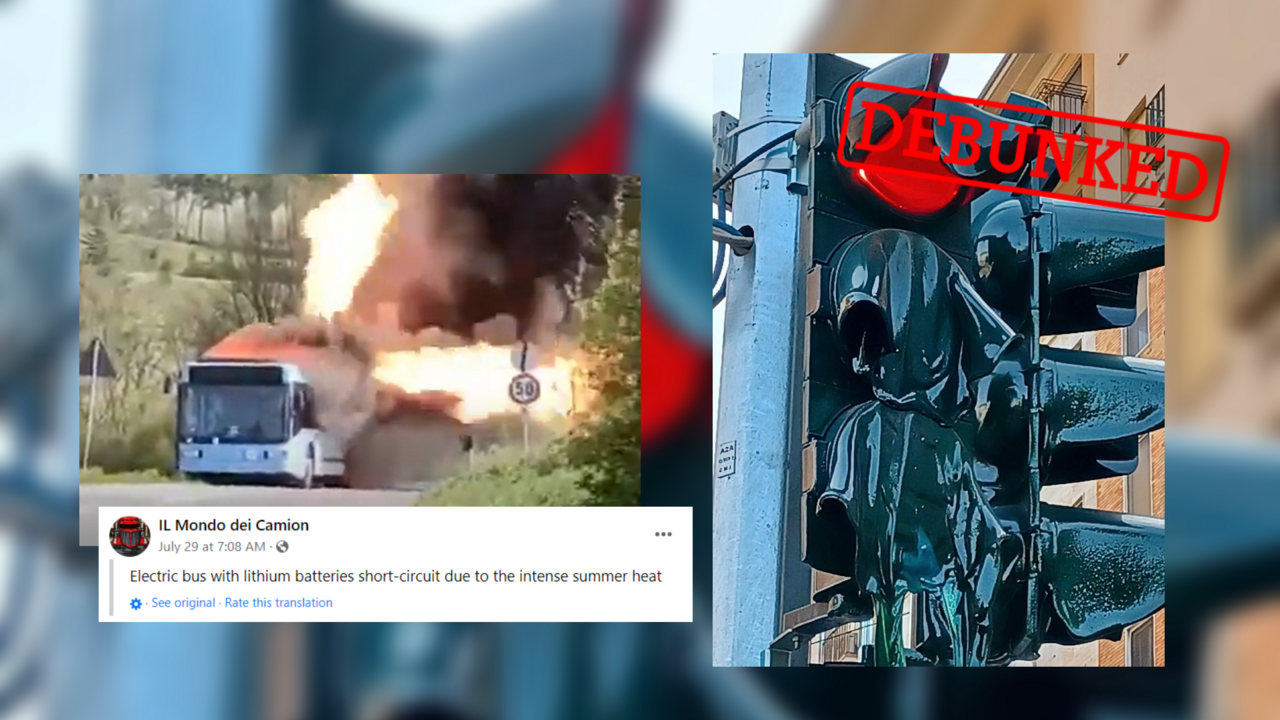 This summer, Italy is experiencing its worst drought and heatwave in 70 years. Amid the scorching conditions, some people are sharing photos and videos online that they claim are showing the consequences of this extreme weather. In reality, these images that have been circulating since July 28 were taken out of context.

If you only have a minute

The fact check, in detail

Since the beginning of July, Italy has been experiencing a severe drought and high temperatures. On July 5, the government declared a state of emergency in five regions in the north of the country. These measures are intended to combat the lack of water, the risk of fires and the consequences of the heatwaves that have hit cities such as Rome, Bologna and Milan.

In this context, some Italians are sharing images online supposedly showing the consequences of these extreme weather conditions. However, among the genuine posts, other photographs and videos that have accumulated more than 15,000 views are actually false.

This bus didn’t catch fire due to the heatwave

For example, some Italian Facebook accounts have shared a video showing a bus in flames. According to them, it is an Italian electric vehicle whose battery caught fire due to the high temperatures.

What does this video really show? To find out, you need to perform a reverse image search (see here how to do it). This search allows us to find this same video in an article published on April 16, 2022 by the local media UmbriaON.

However, this article tells us that this bus fire did not take place in recent weeks but on April 16, 2022 in the Perugia region, north of Rome. According to several local media outlets, the bus, which runs on methane gas and not electricity, caught fire following a breakdown. These images have nothing to do with the heatwave in Italy.

Is the heat melting traffic lights?

Other posters online claim, with images to back them up, that the high temperatures have even caused traffic lights to melt, particularly in Milan. But here again, the photograph has been taken out of context.

To verify this, you can Google the keywords “Viale Regina Margherita semaforo” – the location indicated by the accounts sharing this photograph, as well as the translation, in Italian, of “traffic light”. This search brings up the same image in an article published on August 1, 2022 by Open, an Italian fact-checking outlet.

Our colleagues at Open contacted the Milan fire brigade. They were told that the melting signal was not caused by the heat, but by a scooter that caught fire on July 25 on the same Viale Regina Margherita. This version was confirmed by other images published on Instagram on July 29, 2022.