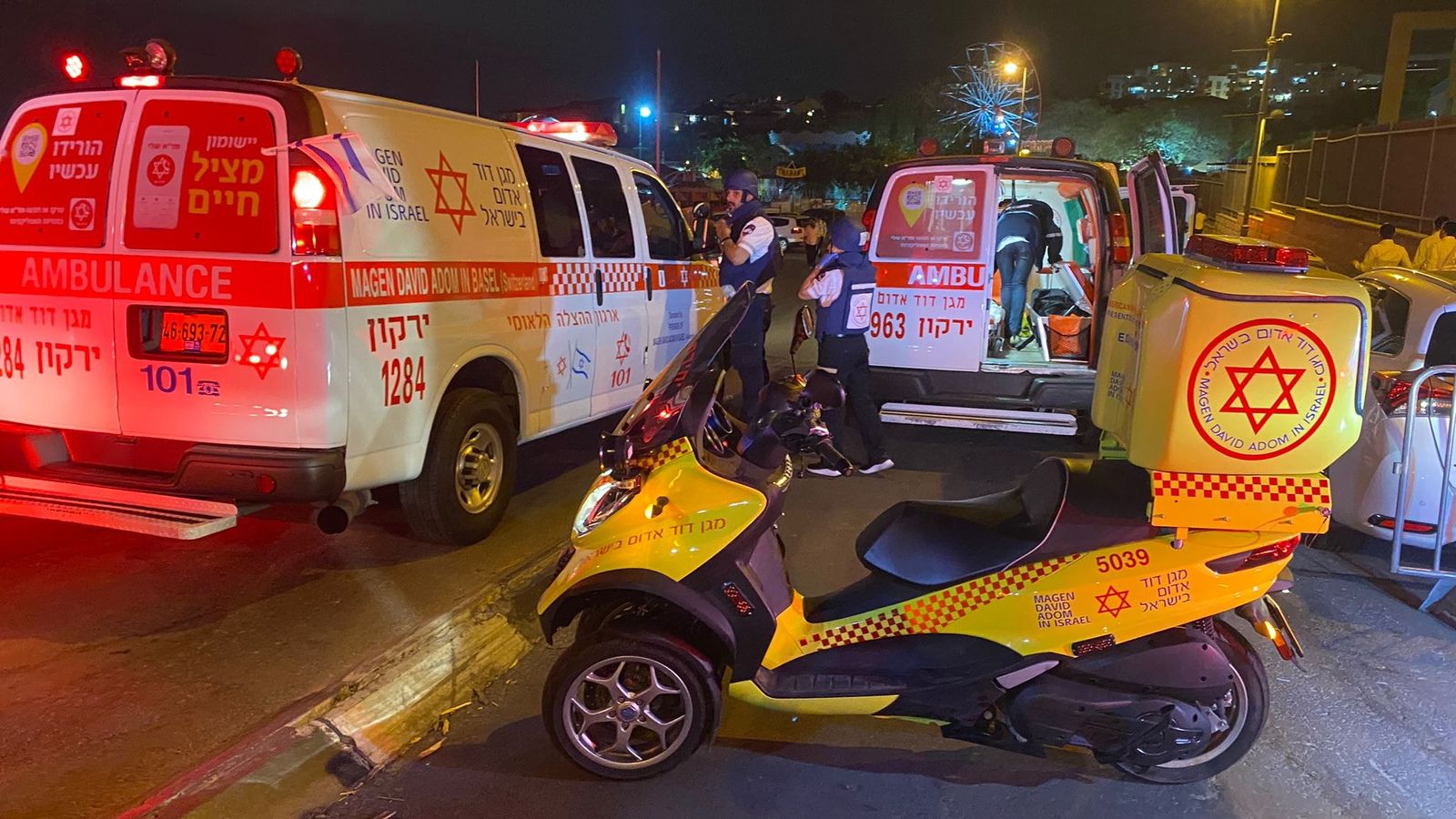 Three people have been killed and four others wounded in a stabbing attack in a town near Tel Aviv, Israeli medics said.

Two of the injured, a 60-year-old and a 35-year-old, were in a serious condition, emergency services said.

The country’s foreign ministry described the incident as a “deadly terror attack”.

Police said they believed the suspected assailant had fled in a vehicle.

Security forces have set up roadblocks in the area surrounding the incident, which occurred in the central town of Elad.

United Hatzalah first responders said they were treating people at the scene.

“I send my condolences to the families of those killed, pray for the peace of the wounded and strengthen the hands of security forces currently working in the field against the terrorists,” he said.

The attack was carried out while the country celebrated its Independence Day.

UK Foreign Secretary Liz Truss said she was “appalled” that “another terror attack” had taken place in Israel.

“My thoughts are with the victims and their families. The UK stands with the Israeli people against terrorism,” she added.

The Palestinian militant group Hamas, which rules the Gaza Strip, praised the attack and linked it to violence at a holy site in Jerusalem, but did not claim responsibility for it.

“The heroic operation in Tel Aviv is a practical translation of what the resistance had warned against.”

The Al-Aqsa Mosque compound is the third holiest site in Islam and is built on a hilltop that is the holiest site for Jews, who refer to it as the Temple Mount.

Earlier on Thursday, Israeli police entered the site to clear away Palestinian protesters after Jewish visits, which had been paused for the Muslim holidays, resumed.

Scuffles broke out as police tried to arrest one of the demonstrators, with it resulting in officers firing rubber-coated bullets.

The Palestinian Red Crescent emergency service said two Palestinians were taken to a hospital after being struck with batons.

In recent weeks, there has been a spate of Arab street attacks across the country.

Palestinians and members of Israel’s Arab minority have killed 15 people, including three police officers and a security guard.

Israel has responded with arrest raids in Palestinian towns and villages, which have often sparked clashes.