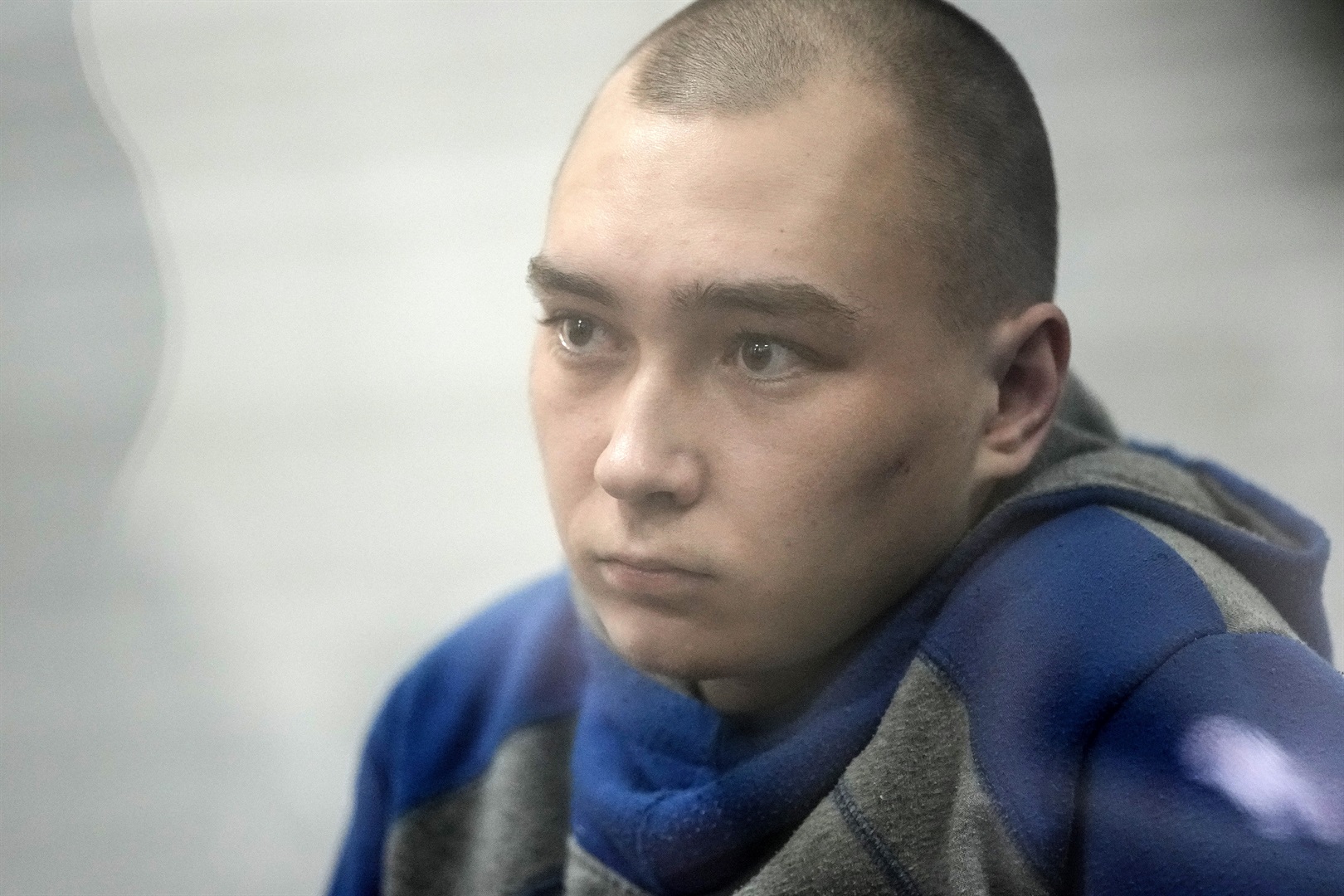 The lawyer for the first Russian soldier on trial in Kyiv said in closing arguments on Friday that his client was “not guilty” of premeditated murder and war crimes, even though he has admitted to killing a civilian.

“I believe that (Vadim) Shishimarin is not guilty of the crime that he is accused of. I ask you to acquit my client,” lawyer Viktor Ovsyannikov told the court.

Prosecutors this week requested a life sentence for Shishimarin for killing 62-year-old civilian Oleksandr Shelipov in the first days of the Russian offensive.

Shishimarin, who does not contest that he shot dead the civilian in east Ukraine, told the court Friday he was “truly sorry.”

“I was nervous about what was going on. I didn’t want to kill,” he said, standing in the glass defence box, wearing a grey and blue hoodie.

READ | ‘I ask you to forgive me,’ Russian tank commander says to Ukrainian widow in first war crimes trial

A verdict is expected on Monday.

The killing took place near the northeastern village of Chupakhivka on February 28, four days into Moscow’s invasion.

The Kremlin has said it was not informed of Shishimarin’s case and his lawyer said he had not had any contact with Russian officials.

The trial – the first of its kind since Russia invaded – is being seen as a public test of the independence of Ukraine’s judicial system.

Ukraine’s Interfax news agency reported on Thursday that two more Russian soldiers on trial in the centre of the country had admitted to accusations of firing artillery on civilians.