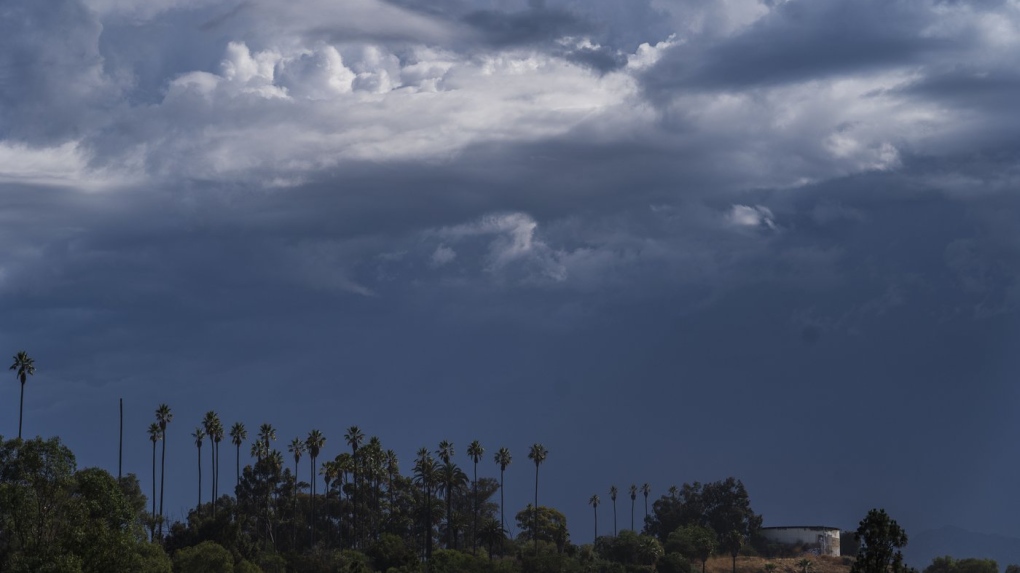 
A woman and two dogs were killed by a lightning strike Wednesday as thunderstorms pounded Southern California, authorities said.


“It was a female Hispanic adult who had been struck by lightning and did not survive her injuries,” he said. “She was walking two dogs and the dogs were also deceased.”


The woman was later identified as Antonia Mendoza Chavez, 52.


The city ordered its work crews and summer camps indoors, and cancelled outdoor activities including a farmers market.


The thunderstorms were caused by a low-pressure system off the coast pulling monsoonal moisture northward into the region, meteorologists said.


The National Weather Service said most rainfall was light but there were exceptions, including a cell over the San Gabriel Mountains in Los Angeles County where a gauge recorded nearly an inch of rain.


The lightning raised concern about the potential for fires in the drought-stricken region, and lifeguards closed some Orange County beaches.


Forecasters said the weather would start calming down on Thursday and then become more typical June conditions.