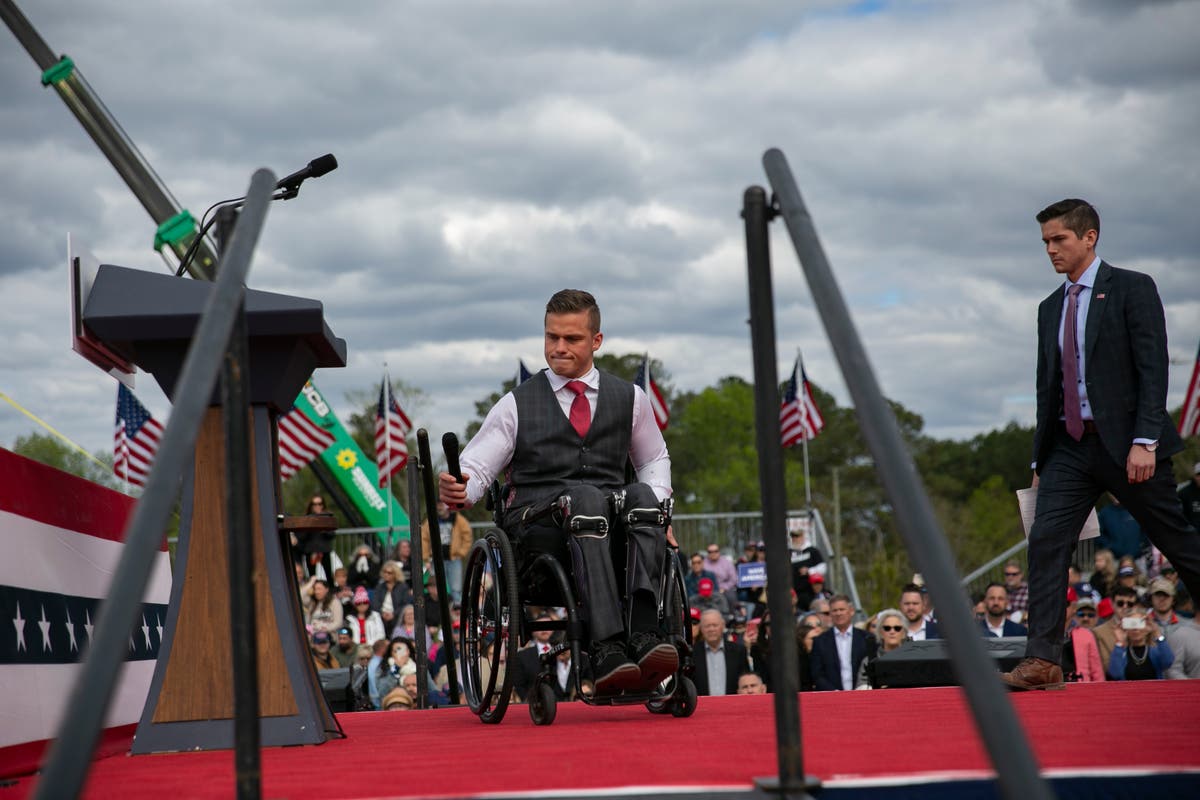 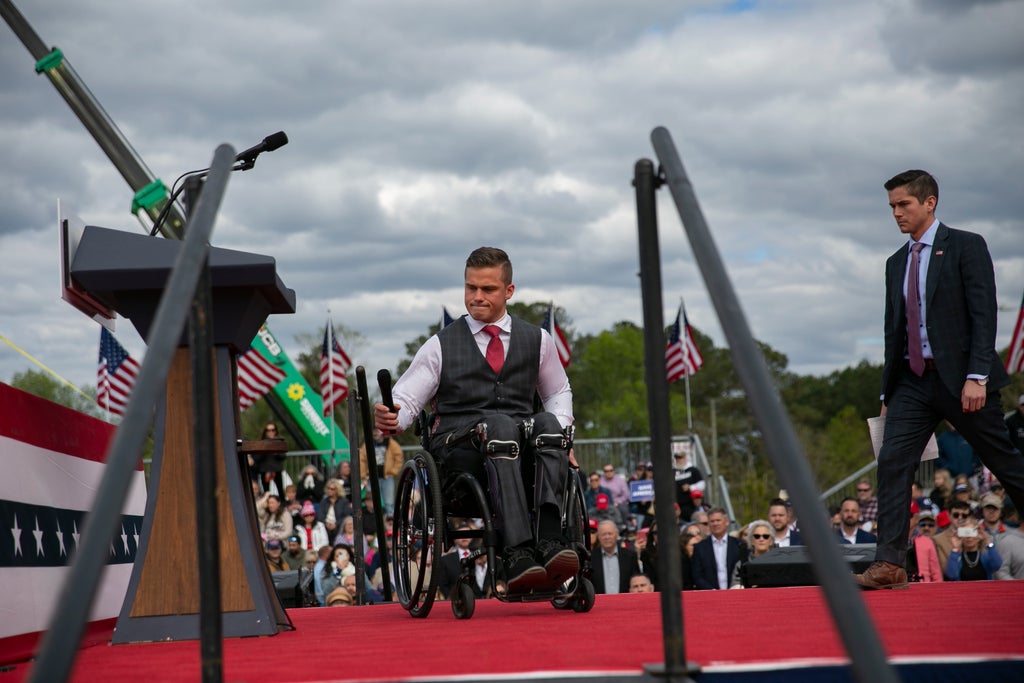 Madison Cawthorn just might be the most hated member of Congress – at least among its own members.

The far-right congressman is the youngest member of the House, at just 26 years old. He’s always been an outspoken supporter of conspiracy theories, especially regarding former President Donald Trump’s 2020 election loss, drawing the ire of Democrats. But it was an interview he gave to a right-leading broadcaster earlier this year that triggered a furious reaction among his GOP colleagues – and began a slow-drip leak of embarrassing videos and photos of the Republican congressman that has continued to this day.

“The sexual perversion that goes on in Washington… I look at all these people, a lot of them that I’ve looked up to through my life,” Mr Cawthorn said in the late-March interview.

The uproar was instant. House Minority Leader Kevin McCarthy called him in to a meeting which included the minority whip, Steve Scalise, and afterwards declared that Mr Cawthorn had destroyed his trust. Other Republicans were equally disdainful, and some openly called for him to be primaried.

In the weeks following, a steady stream of embarrassing videos and images of the far-right conservative have been published in news outlets like Politico, the Daily Mail, and others.

None of the photos or videos, distributed in a variety of news publications as well as directly from an anti-Cawthorn super PAC that was formed in recent months, show Mr Cawthorn even allegedly committing any type of crime, and he faces no allegations of sexual or other misconduct resulting from their release (though he does face a range of unrelated claims of unwanted sexual advances from women).

Still, some of the images and videos have clearly been leaked as a means to hurt the conservative Republican’s image among his base by drawing questions about his sexuality and other habits; one set obtained and published by Politico, for example, showed the now-congressman wearing women’s lingerie and drinking alcohol while flanked by several women. A video published by the anti-Cawthorn super PAC, FireMadison.com, on Wednesday purported to show the congressman fully nude engaged in some sort of theatrical sexual behaviour in what appears to be a hotel room.

The increasingly bizarre nature of the videos and images being released by news outlets and Mr Cawthorn’s political rivals in the GOP certainly lend credence to the congressman’s claim in recent videos and interviews that he is being punished for speaking out about his colleagues and their own behaviour – comments he has not recanted.

But that’s not the whole truth. The reality of the situation is that many of the news stories and headlines circulating about the congressman are a result of his own actions, not any right-wing smear campaign that may or may not also be trying to destroy his career. In just the past few months, Mr Cawthorn’s own actions have led to a slew of negative headlines: In late April, a local news station reported that Mr Cawthorn was “cited” by TSA after trying to bring a gun through security at the airport in Charlotte. In early March, he was criminally charged with driving under the influence on a revoked licence. And on Thursday, The Daily Beast reported that the embattled congressman may have violated House ethics rules.

Mr Cawthorn has remained adamant that his critics are simply trying to silence him, and on Thursday stated: “Blackmail won’t win. We will”, and referred to a “drip-drip” campaign against him as he vowed to continue serving in Congress and fighting for his re-election in the state’s newly redrawn district.

But one thing remains clear: A growing effort to unseat the congressman is on the move, and is being bolstered by the 26-year-old’s own inability to keep himself out of the headlines. Members of his state congressional delegation (most notably Sen Thom Tillis, a top rival of Mr Cawthorn’s) are lining up to support primary challengers in Mr Cawthorn’s district and influential members of the North Carolina state legislature are doing the same.

With his primary election two weeks away, it’s unclear if he will hold on to his seat in the heavily-red district. His chances are buoyed somewhat by the size of the primary field, but a poll released one week ago showed the congressman’s support eroding significantly between March to April and suggested that voters are paying attention to the ongoing scandals enveloping their representative.

He does have one remaining life raft, however: His continued allegiance to Donald Trump. In early April that won him an onstage role at the former president’s rally in Selma, NC, and he similarly retains the allegiance of far-right allies of the ex-president in the House like Paul Gosar and Marjorie Taylor Greene.

In Ohio’s primary this week Donald Trump proved that his endorsement was enough to propel a candidate from the back of the pack to the finish line in the case of JD Vance, Ohio’s next Republican nominee for the US Senate.

Now in North Carolina, the former president will see a test of his endorsement again: This time, Mr Cawthorn will find out just how far it can be stretched and whether it can shield him from the ire of his colleagues, his voters, and his enemies.