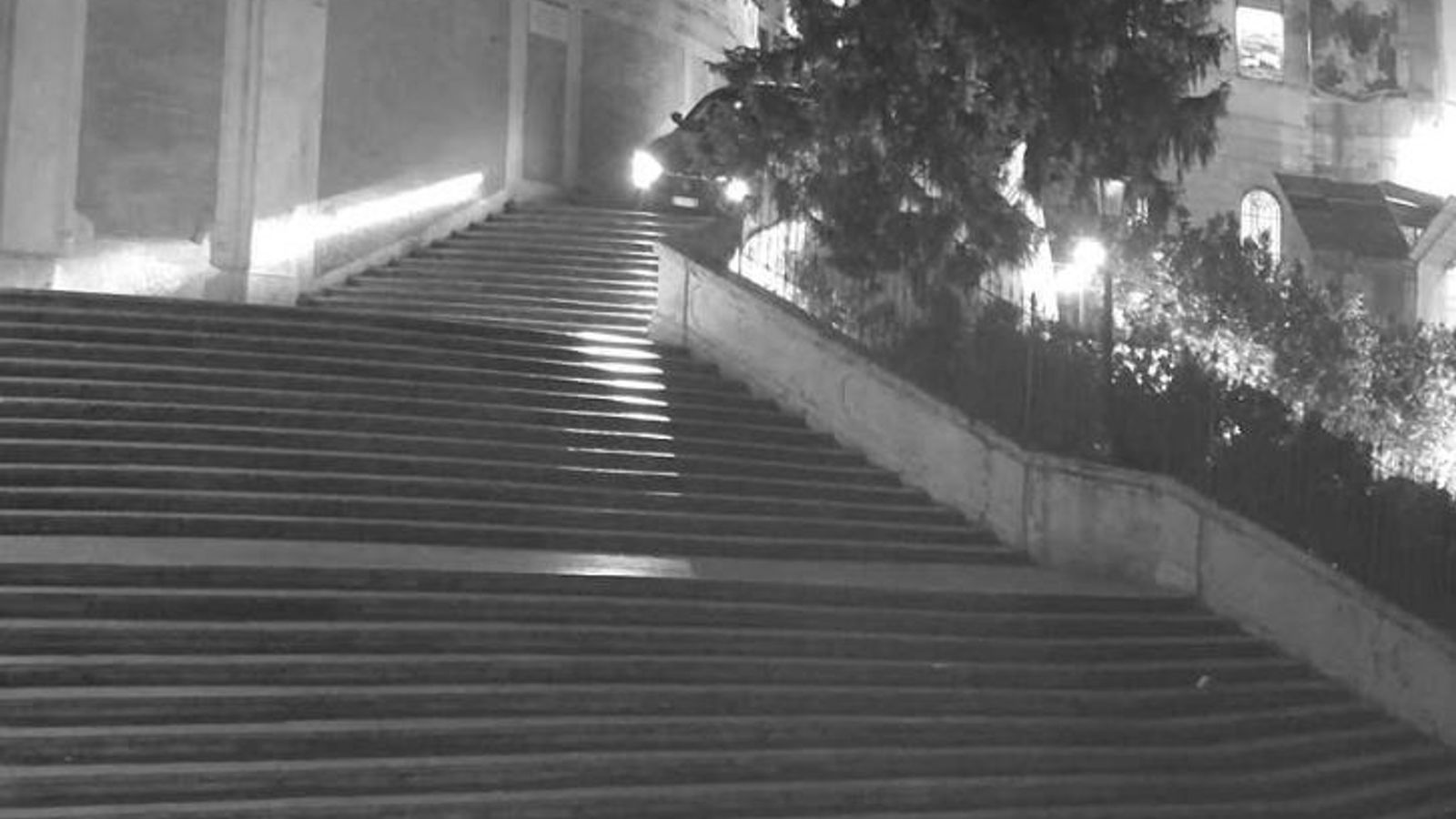 A man who drove his Maserati down the Trinita dei Monti staircase in Rome – known as the Spanish Steps in the UK – has been charged with “aggravated damage to cultural and monumental assets”.

The incident, which took place in the early hours of Wednesday morning, was captured on CCTV.

Still images from the footage show the car at the top of the 135-step staircase as it begins its steep descent.

The driver fled the scene.

Vehicle details led investigators to a car rental company in Milan, and they were able to provide the driver’s details.

Border Police worked with officers in Rome to find him.

The 37-year-old foreign national, who was not named, was apprehended at Malpensa airport, in the north of Italy, when he attempted to return the car.

Rome’s heritage protection body have said the car caused fractures to the 16th and 29th steps of the right-hand staircase, according to CNN.

The steps have been temporarily fixed to allow continued pedestrian use.

Officers later shared images of the incident on Facebook, with the message: “The person responsible for the damage to Trinita dei Monti has been tracked down and reported.”

The Spanish Steps are on a steep slope between Piazza di Spagna (one of Rome’s most famous squares) at the base and the Piazza Trinita dei Monti church at the top.

The world-famous landmark was built between 1723 and 1725, and has appeared in various films over the years including Roman Holiday, The Talented Mr Ripley and The Man From Uncle.