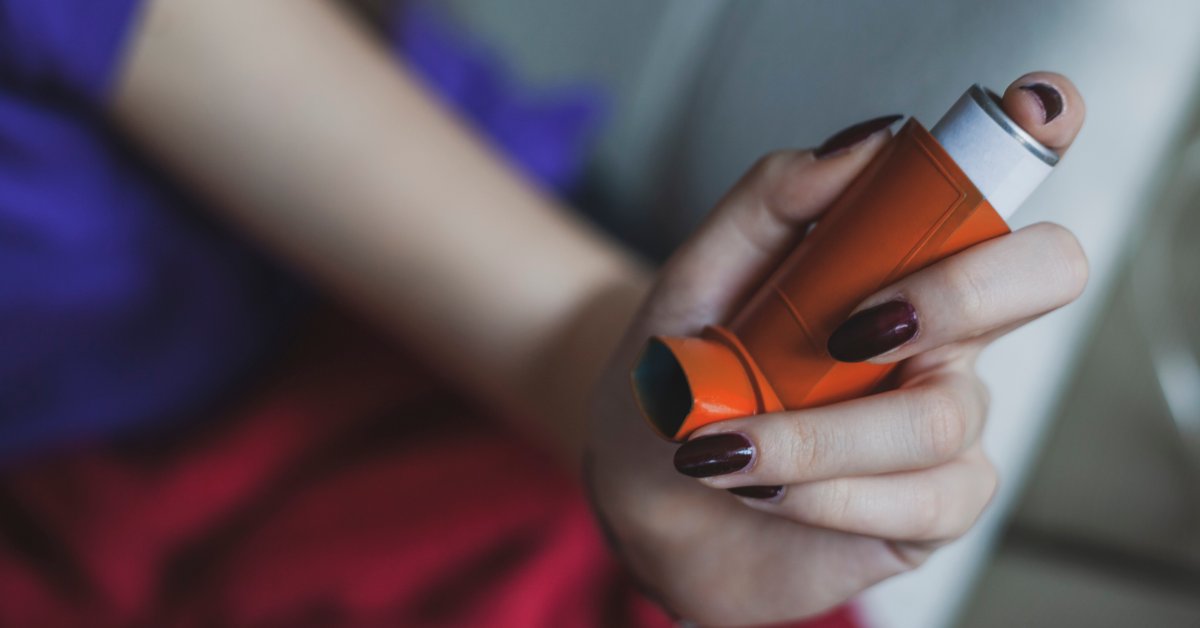 Graphs and charts don’t always tell the whole story. Numbers can be deceiving. But anyone who looks at U.S. trends in asthma mortality can see, without squinting, that things are moving in the right direction.

A 2019 analysis in the American Journal of Respiratory and Critical Care Medicine found that from 1999 to 2015, asthma mortality fell by 43%. “The decrease in asthma-related mortality was consistent in both sexes and in all race groups, with the largest decrease in patients older than 65 years,” the authors concluded. Figures from the U.S. Centers for Disease Control and Prevention indicate that these positive trends have continued through 2019, and data coming from the U.K. and Europe tell a similarly happy tale.

“What I see in the clinic today is completely different than it was 10 years ago,” says Dr. Christopher Brightling, a clinical professor in respiratory medicine at the University of Leicester and a senior investigator at the National Institute for Health and Care Research in the U.K. “The treatment space is looking really positive, and with the newest drugs I would anticipate responses to be even better.”

Biologics, he and others say, are leading the way in the fight against severe asthma. These drugs work by manipulating the activity of genes or cells, and they have been life-changing for many patients. New advancements in inhaler-based medicines and connected technologies are other bright spots, and some health systems are moving their care teams out of the clinic and into community settings in an effort to reach underserved populations.

Together, these and other new advancements are producing real and measurable improvements in patient access and outcomes. “It is really a very exciting time in asthma research right now,” says Dr. Derek Chu, an assistant professor of medicine and a researcher in allergy and clinical immunology at McMaster University in Canada. “There’s a lot in development for both mild and moderate-severe asthma.”

Here, Chu and other experts detail the latest on these groundbreaking treatments and strategies.

Read More: How Alternative Medicine Can Help People With Asthma

In 2003, the U.S. Food and Drug Administration (FDA) approved the first biologic for the treatment of severe asthma. That drug, omalizumab, is a monoclonal antibody therapy that works primarily by reducing blood levels of IgE, an immune system antibody that contributes to airway inflammation among people with severe asthma.

Although omalizumab was revolutionary, experts say the past few years have witnessed the arrival of newer and better biologics that have all but eradicated the burden of severe asthma for most patients. “These have been totally transformational,” says David Jackson, a respiratory medicine specialist at King’s College London. “Since 2017, a new biologic has been added to our armory on almost an annual basis, and the number of patients with uncontrolled asthma has gotten smaller and smaller.”

Whereas the first biologics blocked IgE, the latest drugs in this category target—with greater and greater precision—the specific immune pathways and cells that drive asthma-related inflammation and symptoms. “Cells called eosinophils are a hallmark of severe asthma, and these newer biologic therapies can dampen down their production and related pathways in a much more targeted way,” Jackson says. He uses a military analogy to highlight the effectiveness of the newest biologics. “These are like precision-guided laser bombs, as opposed to the old B52s dropping bombs from 50,000 ft. and just hoping for best.”

Some of the newest biologics take aim at two specific immune system proteins: thymic stromal lymphopoietin (TSLP) and interleukin 33. “These two activate cells in the airways, which leads to a release of all these [inflammation] players,” Brightling explains. Because these two are farther “upstream” than some of the pathways targeted by older biologics, mellowing their activity may produce broader benefits, he says.

Biologics do come with downsides. For one thing, they’re expensive. They often cost around $30,000 a year in the U.S., Jackson says. They are not always covered by insurance. Also, in the past their administration required regular office or clinic visits. Biologics are traditionally delivered via injection anywhere from once every two months to once every two weeks. However, the coronavirus pandemic has helped shift the use of these drugs away from the clinic and into the home. “There’s been a big push to self-administration,” Jackson says. “What we normally do now is to start in the clinic—so give the first one to three administrations here—then go to home administration when it’s clear the patient is doing well.”

Despite any lingering financial and logistical hurdles, the benefits provided by biologics are often profound. The latest and greatest biologics work so well that many patients are effectively relieved of the burden of severe asthma attacks or symptoms—something that would have seemed unbelievable just a decade ago.

Unfortunately, not everyone who would benefit from these drugs is getting them. “Awareness of this medicine is not what it should be,” Jackson says. “A lot of patients continue to have asthma attacks and their doctor hasn’t picked up on the fact that there are newer therapies.” If every clinician who treats severe asthma was up to speed on these drugs—and if everyone who truly needs them had access to these medicines—it’s possible that virtually every person with severe asthma could avoid the worst symptoms, he says.

Asthma used to be thought of as a single disease that could range from mild to severe. But that’s changed. “The model of asthma as a single entity is now obsolete due to an increased understanding of its underlying heterogeneity,” wrote the authors of a 2019 study in Clinical Reviews in Allergy & Immunology.

At this point, “asthma” is an umbrella term for a number of related but distinct diseases that are differentiated in part by the activation of various immune pathways. Those pathways are now better mapped than ever before. By identifying the ones driving pathology in an individual patient—a process often called “phenotyping”—clinicians can better predict how that person will fare on a drug. “The phenotyping piece has been one of the big shifts,” Brightling says. “It can help us understand which patients will respond best to a treatment.”

Phenotyping often starts with an assessment of a patient’s demographic or symptom characteristics. Is the person old or young? Do they have early-onset or late-onset asthma? Are they obese? Do they have atopic involvement? In the near future—and this is where some of the latest advancements have occurred—phenotyping may involve blood and breath tests. Brightling says blood tests can provide helpful information on eosinophils and other immune system players that give rise to a person’s asthma symptoms. Breath tests of exhaled nitric oxide can reveal the involvement of specific immune system proteins, as well as the presence of airway hyperactivity, he adds.

To be effective, the newest treatments have to find their way to the patients who will benefit from them most. Phenotyping plays a crucial matchmaking role.

‘Smart’ inhalers are getting smarter

Every asthma specialist knows that getting patients to reliably take their medicine can be a struggle. Particularly among young people with severe asthma, adherence is often poor. A 2018 study in the European Respiratory Journal found that even after special educational courses in inhaler use and disease management, only 63% of people with severe asthma adhered to their treatment plan.

“I think one of the biggest challenges, especially with severe asthma, is that patients feel fine a lot of the time, and it’s difficult to remember to take a medication every single day if you’re feeling good,” says Dr. Ruchi Gupta, a professor of pediatrics, preventive medicine, and medicine (allergy and immunology) at Northwestern University’s Feinberg School of Medicine and Lurie Children’s Hospital. Other experts say that pricey biologics might be needed far less if more patients with severe asthma reliably took their inhaled corticosteroids.

There’s a new solution to this problem: smart inhalers that can notify patients or their care team when doses are missed. For a 2021 study in Pediatrics, Gupta and her colleagues examined the usefulness of inhalers equipped with Bluetooth connected technologies among children with asthma. The inhalers notified a child’s care team if they missed their daily doses several days in a row, or if they took too many rescue doses in a single day. After 12 months of follow-up, treatment adherence had increased by 17% and measures of asthma-symptom burden had likewise improved, the study found. “Patients felt like someone was looking out for them and taking care of them,” Gupta says.

Some of these smart-inhaler technologies are already available (though usually not covered by insurance). For example, patients can buy inhaler sensors that will remind them when to take their meds. Some health care systems have also set up office notifications similar to the type Gupta and her team studied. But for the most part, these new technologies are not widely deployed. “My dream is that every time a patient uses their inhaler, this information would go straight into their electronic medical chart,” she says. “I know some groups are working on that.”

One of the persistent challenges of modern medicine is ensuring the equitable distribution of quality care. Gupta mentions drug costs, Medicare and Medicaid coverage, and access to asthma specialists as some of the barriers between patients and the treatment they need.

In an effort to provide quality care to underserved groups, some asthma specialists are leaving the clinic and meeting patients where they live and work. “Doctors here in Chicago are going out into the community and setting up tents where people know they’ll be, or going to schools and giving checkups in parking lots,” Gupta says.

She also mentions the “asthma vans” that are now operating in Chicago. These clinics on wheels, staffed by allergy specialists, drive to underserved communities and offer on-site treatment. “These have been very effective resources,” she says. More solutions like this are needed to improve access to appropriate asthma care.

There’s a lot more going on in the field of severe asthma care. For a 2021 study in JAMA, Chu found that triple-drug therapy—adding a third medication to the common two-drug combination of corticosteroids and bronchodilators—led to a lower incidence of severe attacks among patients who use inhalers.

Although the future looks bright, he says that more work lies ahead. “The main issues are the critical need for head-to-head studies of active drugs or management approaches, rather than purely placebo-controlled studies,” he says. This work could further clarify best treatment approaches.

However, life for many people with severe asthma has never been better. “Many patients almost feel like they don’t have the disease anymore,” says Jackson. “They stop having attacks, stop showing up in hospitals, and can function without asthma interfering in their life.” That’s worth celebrating.