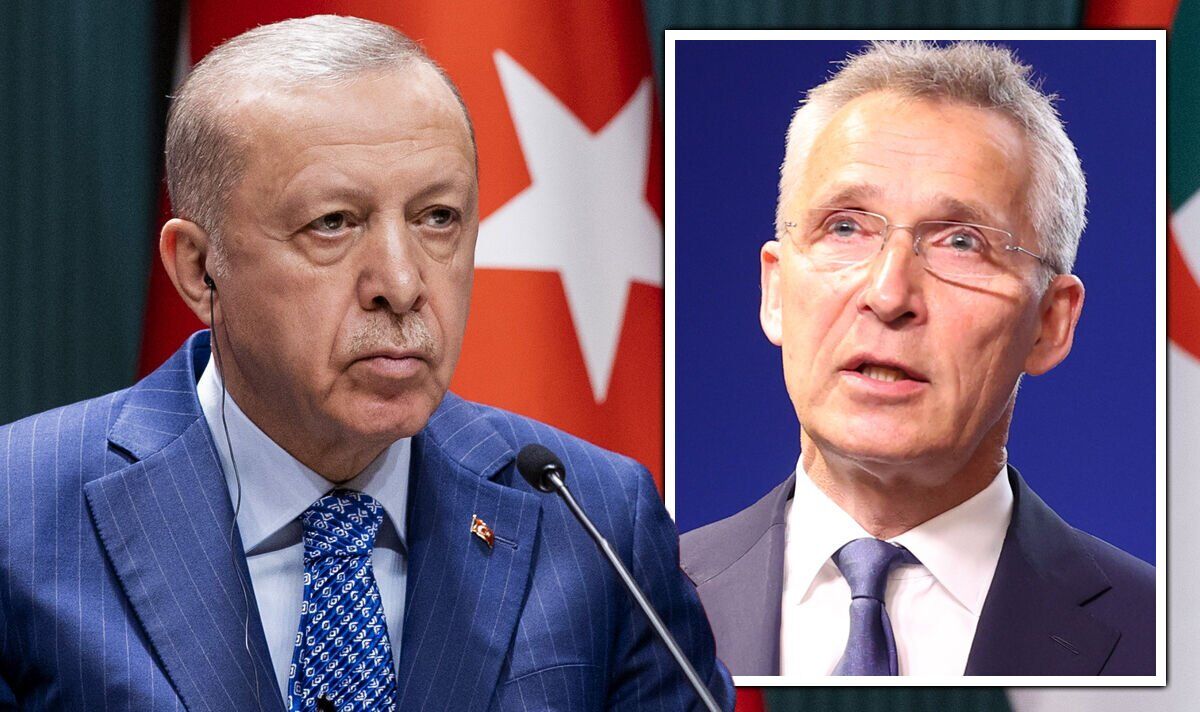 The two Nordic countries have long insisted on remaining outside the military alliance, and have even been described as having become the “byword” for neutrality. Russia’s invasion of Ukraine changed the global picture, in their eyes, and has resulted in both officially applying to join.

But in order for a country to join NATO, all its existing members must support its accession.

While 29 of the 30 members are unconcerned by the move, Turkey views it as problematic.

President Recep Tayyip Erdogan is angered by what he sees as their willingness to host Kurdish militants.

He initially expressed hesitancy about the admission of the Nordic countries, asking: “How can we trust them?”

But he later doubled down, making it clear Turkey would not say “yes” – at least not until certain demands are met.

Erdogan said they must both first end their supposed support for the Kurdish Workers’ Party. Turkey views this as a terrorist organisation.

They must also, he added, lift their ban on arms exports which were imposed after Turkey engaged in an offensive in northeast Syria.

Mr Siebert also noted that Turkey is seeking to “increase pressure” on the West to supply it with weapons.

Sweden shares a maritime border with Russia. Finland’s land border with the country, meanwhile, stretches over more than 800 miles.

After both nations announced their bids to join NATO, the Kremlin insisted there would be “far-reaching consequences”.

Putin highlighted that membership itself may not be considered too problematic, but added the “expansion of military infrastructure” following Sweden and Finland’s accession would.

This comes after Germany rejected the possibility of Ukraine joining the EU via a fast-tracked process, with Chancellor Olaf Scholz insisting the acquiring of membership could take years.