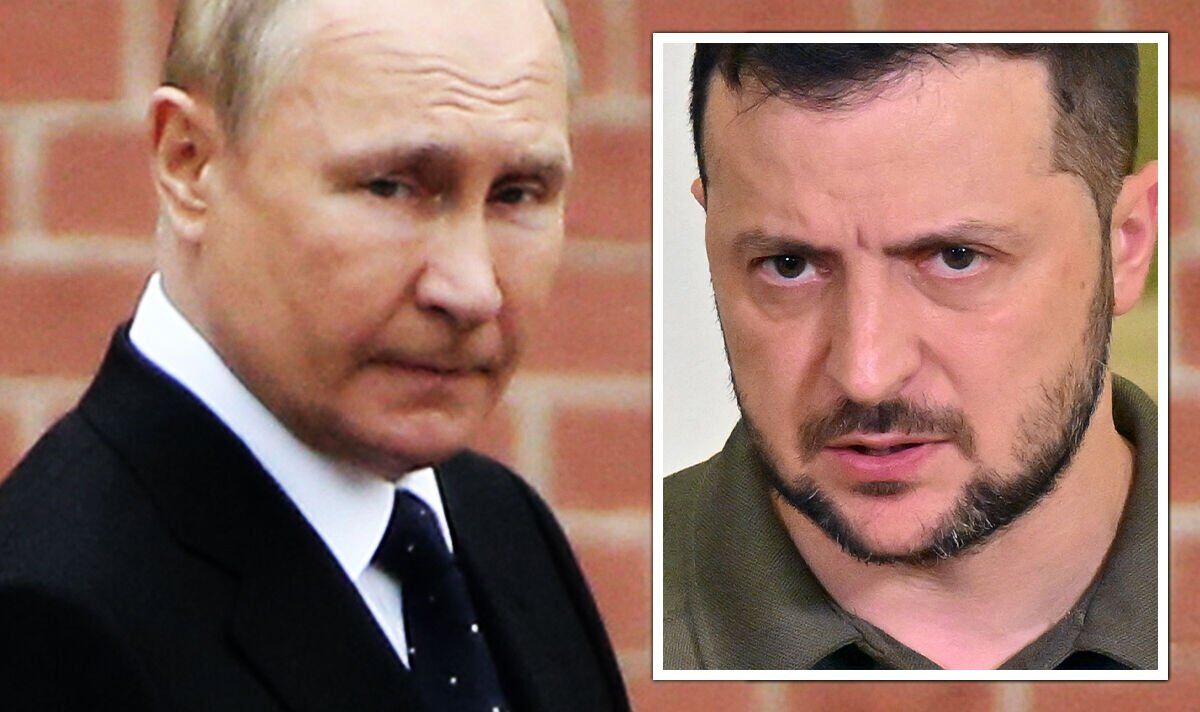 Kyiv’s Brussels ambassador claimed if Ukraine is granted EU candidate status, something which looks increasingly likely, then it would be aligned with the West and permanently removed from Russia’s sphere of influence.

Putin launched his war, in part, to keep Ukraine out of NATO and the EU.

Vsevolod Chentsov, the head of Ukraine’s mission to the EU, said Russia’s invasion had backfired and had turned Kyiv’s eyes firmly to the West.

He said the decision to make Kyiv an EU candidate would “kill finally, this ambiguity, what is Ukraine for the EU: whether we are building a common house or not…I think now finally there is clarity.”

He said: “Ukraine fights for independence and a European future. And at the end of February, it just reached its highest point with the Russian full-fledged and open invasion of Ukraine.

Speaking to The Guardian, he added: “We need this clarity to support the Ukrainian army, Ukrainian society, morally, psychologically, and to get the clear feeling and understanding of the direction of movement for Ukraine.”

Kyiv has been trying to align itself with the West for years but the possibility of EU candidate status seemed a long way off. Since the war began, however, the prospect has become ever more likely as major European players warmed to the idea.

On Thursday, EU leaders will decide whether Ukraine can become gain candidate status. The move is largely symbolic at this stage as it would likely take Ukraine years to join the bloc. If the EU approves the bid, Ukraine will be the first country to be admitted as a candidate while at war.

There were doubts at the time, including responses from around 10 EU states who were wary of granting Ukraine candidate status. However, attitudes towards the bid have thawed in the past months, particularly as four EU leaders, including French President Emmanuel Macron and German Chancellor Olaf Scholz, visited Kyiv last week in a show of solidarity.

The EU’s population, however, may not be as enthusiastic about Ukraine joining as their leaders are. Statistics show that only 57 per cent of EU residents support Ukraine joining the bloc. This number falls to below 50 per cent in countries including Germany, France and Italy.

Still, gaining EU candidate status would be a big win for Ukraine and a blow to Putin who seeks to keep the country firmly in the Russian sphere.

In the meantime, Mr Chentsov pleaded for more weapons from the EU for Ukraine to effectively defend itself against Russia.

He warned some unnamed countries in the EU had made a “big mistake” by underestimating Russia and that there was still some “psychological blockage” among member states when it came to providing heavy weaponry.

He said: “The psychological blockage is to face reality that they really need to support Ukraine to fight Russia effectively. Many countries could not imagine that they could provide arms to fight Russia and now they are getting there.”

Russian troops are intensifying their assault in Ukraine’s eastern Donbas region, which has seen some of the heaviest fighting of the war. Ukraine is holding ground but casualties and equipment loss are high on both sides. Some experts have said the war could turn into a war of attrition and drag on for years.

Mr Chentsov added: “I think [the war] will last to the moment when Putin understands that he has to stop it. I mean that Ukraine needs a lot of support both with heavy weapons, but also financial and economic support.

“Yes, our people are brave and the army is probably one of the strongest now… But we need to sustain our people, [with] both the weapons and political support to isolate Russia politically, so it prefers not a military but a negotiated outcome of the situation.”