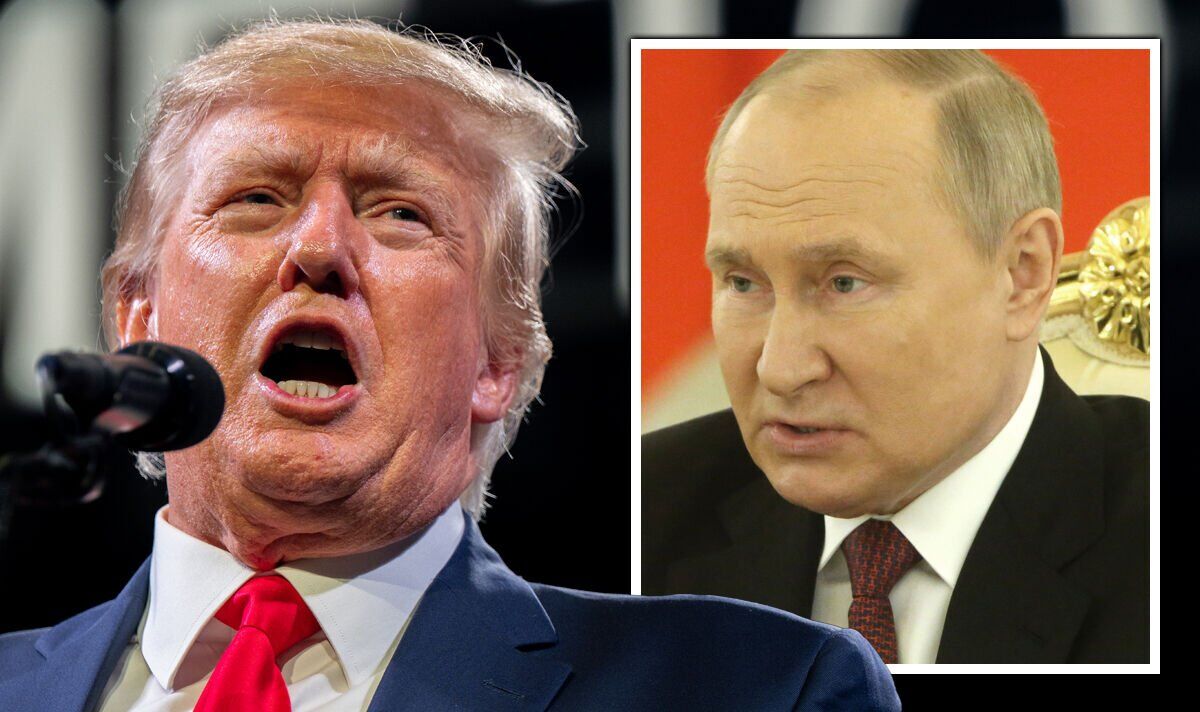 Fiona Hill, who is the co-author of the book ‘Mr Putin, Operative in the Kremlin’, was senior director for European and Russian affairs on the national security council. Vladimir Putin and Donald Trump held frequent face-to-face meetings, with the US President seen to be close to his Russian counterpart, who is now leading Russia’s bloody and brutal invasion of Ukraine. But Putin’s patience often wore thin with the outspoken Mr Trump, who “had to keep explaining things”.

Ms Hill told the Chicago Council on Global Affairs: “Putin doesn’t like to do that.

“You could see that he got frustrated many times with President Trump.

“Even though he loves to be able to spin his own version of events, he wants to have predictability in the person that he’s engaging with.”

There was a particular flashpoint at a summit in Helsinki, Finland in July 2018.

The US and Russian presidents met alone except for translators, and Mr Trump reportedly said he believed Putin over his own intelligence services regarding election interference.

Ms Hill is now a senior fellow at the Brookings Institution in Washington and co-author of the book ‘Mr Putin: Operative in the Kremlin’.

Last year, when promoting her memoir ‘There Is Nothing For You Here’, she made a startling revelation during an interview with the BBC.

She claimed during that flashpoint in Helsinki, she considered faking a medical emergency to interrupt Mr Trump’s remarks.

“The Russians are incredibly organised. They take advantage of every opportunity, every vulnerability, every open door they can walk through.”

Mr Trump has launched a furious public attack against Ms Hill, calling her “a deep state stiff – with a nice accent”.

Last month, after she compared the former US President to Mr Putin, Mr Trump told the New York Times: “She doesn’t know the first thing she’s talking about.

“If she didn’t have the accent she would be nothing.”

This will be the tenth time Mr Biden has used his Presidential Drawdown Authority (PDA) to help Ukraine and would account for the $100 million remaining in that funding.

This allows him to authorise the transfer of excess weapons from US stocks without congressional approval in response to an emergency.

Mr Blinken said the latest cash transfer brings total U.S. military assistance to Ukraine to about $3.9billion (£3.1billion) in arms and equipment since Russia invaded its neighbour on February 24.