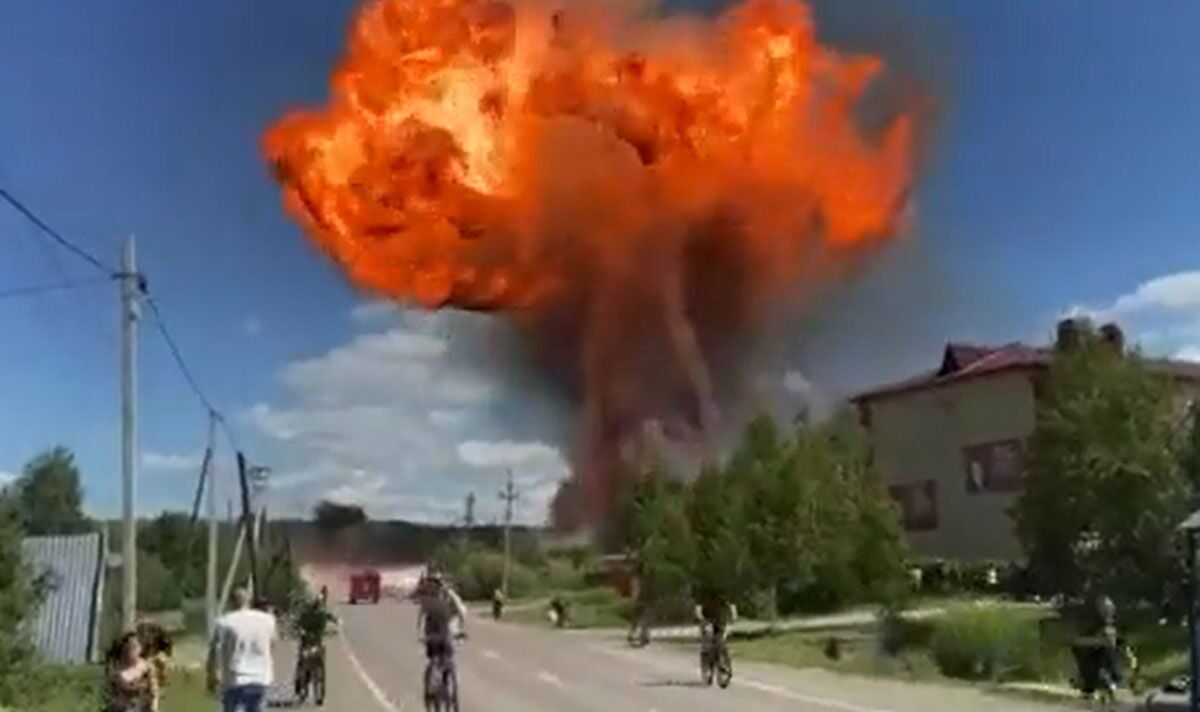 Terrified onlookers were filmed running from the explosion that wounded one person. The Russian filling station which was originally filmed on fire sent a huge fireball into the sky as it exploded. It is not clear if there were signs of sabotage, reports say.

A witness said: “There was an explosion at the Gusinoozerskaya HPP.

“There was a clap first, and then the sound reached (us) and there was a loud bang.”

He spoke of a noise “like a plane is taking off”.

The regional capital Ulan-Ude was left without power.

It comes after two drones flying from the direction of Ukraine hit a major Russian oil refinery near the border on Wednesday, the plant said, sending a ball of flame and black smoke billowing into the sky and prompting the plant to suspend production.

Russian regions bordering Ukraine have reported numerous attacks and shelling after Moscow sent its troops into its former Soviet neighbour on February 24 for what it calls a “special military operation”.

The Novoshakhtinsk oil refinery in Russia’s Rostov region said the first drone struck at 8.40 am hitting a crude distillation unit, triggering a blast and ball of fire.

The second strike at 0623 GMT was aimed at crude oil reservoirs at the refinery, the largest supplier of oil products in southern Russia, but caused no fire, the plant said. No one was injured.

Social media footage showed a drone flying towards the refinery, located just 8 km (5 miles) from the border with Ukraine, before a large ball of flame rose up, prompting exclamations from those near the camera.

The refinery has an annual capacity of up to 7.5 million tonnes, and started operations in 2009.

Russia’s energy ministry said the fire had not affected gasoline and diesel supplies to consumers in southern Russia.

Russia is also investigating the cause of a large fire that erupted at an oil storage facility in the city of Bryansk, 154 km (96 miles) northeast of the border with Ukraine, in late April.