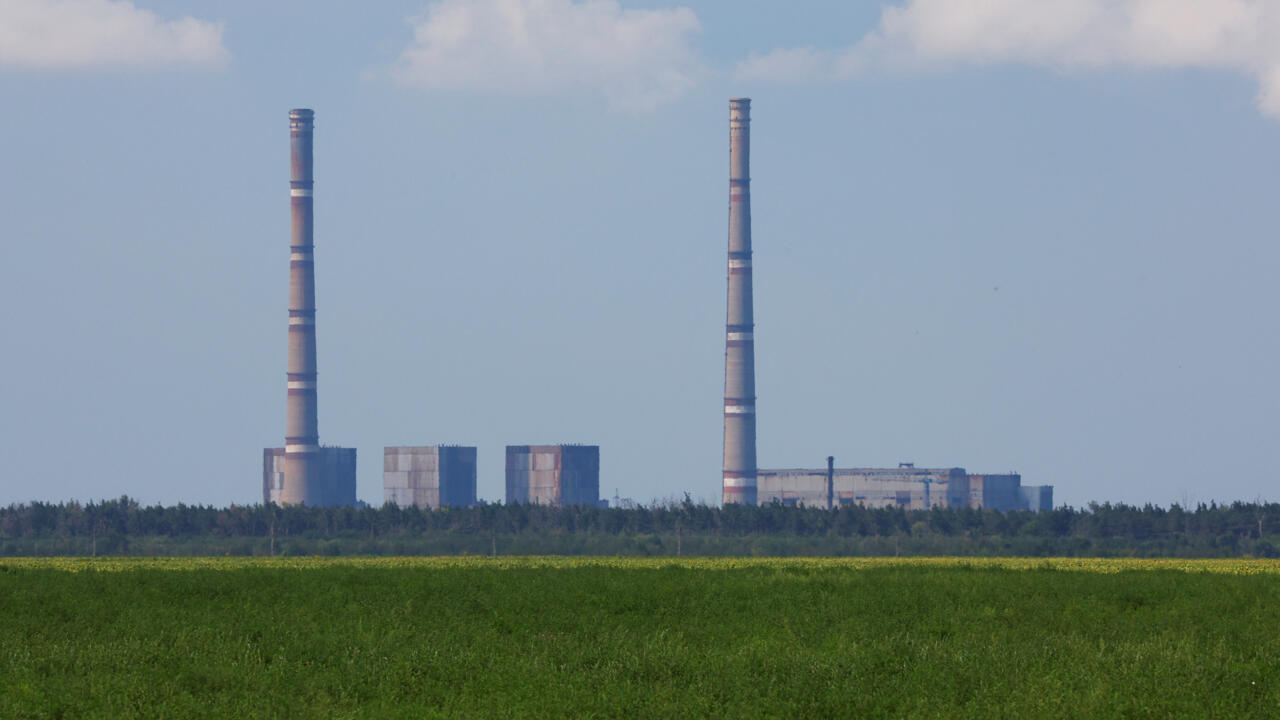 Russia and Ukraine accused each other of shelling Europe’s biggest nuclear power plant in the Zaporizhzhia region as the world on Saturday marked the 77th anniversary of the the first atomic bomb attack in the Japanese city of Hiroshima, with the UN chief warning against nuclear arms buildup amid fears of another such attack in the Ukraine conflict zone. Follow FRANCE 24’s live live coverage of the crisis. All times are Paris time (GMT+2).

9:52am: Head of Amnesty Ukraine quits over rights report

The head of Amnesty International’s Ukraine office has resigned, accusing the rights organisation of parroting Kremlin propaganda in a controversial report that criticised the war-torn country’s military response to Russia’s invasion.

Amnesty sparked outrage in Ukraine when it released a report on Thursday accusing the military of endangering civilians by establishing bases in schools and hospitals, and launching counterattacks from heavily populated areas.

“If you don’t live in a country invaded by occupiers who are tearing it to pieces, you probably don’t understand what it’s like to condemn an army of defenders,” Amnesty’s Oksana Pokalchuk said on social media, announcing her resignation late Friday.

Russia’s war in Ukraine is about to enter a new phase, with most fighting shifting to a nearly 350 kilometre (217 mile) front stretching southwest from near Zaporizhzhia to Kherson, parallel to the Dnieper River, said British military intelligence in its latest daily assessment.

Russian forces are almost certainly amassing in the south of Ukraine, anticipating a counter-offensive or in preparation for a possible assault, the UK’s Ministry of Defence said on Twitter.

(1/8) Russian forces are almost certainly massing in the south in anticipation of Ukraine’s counter-offensive or in preparation for a possible assault.


Long convoys of Russian military trucks, tanks, towed artillery and other weapons continue to move away from Ukraine’s Donbas region and are headed southwest.

Battalion tactical groups (BTG), which comprise between 800 and 1,000 troops, have been deployed to Crimea and would almost certainly be used to support Russian troops in the Kherson region, the update said.

Ukraine’s forces are focusing their targeting on bridges, ammunition depots, rail links with growing frequency in its southern regions, including the strategically important railroad spur that links Kherson to Russian-occupied Crimea, it said.

Hiroshima on Saturday remembered the atomic bombing 77 years ago as officials, including the UN head, warned against nuclear weapons buildup as fears grow of another such attack amid Russia’s war on Ukraine.

“Nuclear weapons are nonsense. They guarantee no safety — only death and destruction,” said UN Secretary General Antonio Guterres, who joined the prayer at the Hiroshima Peace Park.

“Three quarters of a century later, we must ask what we’ve learned from the mushroom cloud that swelled above this city in 1945,” he said.

The US  dropped the world’s first atomic bomb on Hiroshima on August 6, 1945, destroying the city and killing 140,000 people. It dropped a second bomb three days later on Nagasaki, killing another 70,000. Japan surrendered on Aug. 15, ending World War II and Japan’s nearly half-century of aggression in Asia.

Fears of a third atomic bombing have grown amid Russia’s threats of nuclear attack since its war on Ukraine began in February.

Kyiv and Moscow accused each other of striking Europe’s largest nuclear site in Zaporizhzhia, causing a reactor stoppage.

Russian troops have occupied the Zaporizhzhia nuclear plant in southern Ukraine since the early days of their invasion and Kyiv has accused them of storing heavy weapons there. Moscow, in turn, has accused Ukrainian forces of targeting the plant.

“Three strikes were recorded on the site of the plant, near one of the power blocks where the nuclear reactor is located,” Ukraine’s state-run nuclear power plant operator Energoatom said in a statement.

“There are risks of hydrogen leakage and radioactive spraying. The fire danger is high,” Energoatom said. It did not report any casualties.