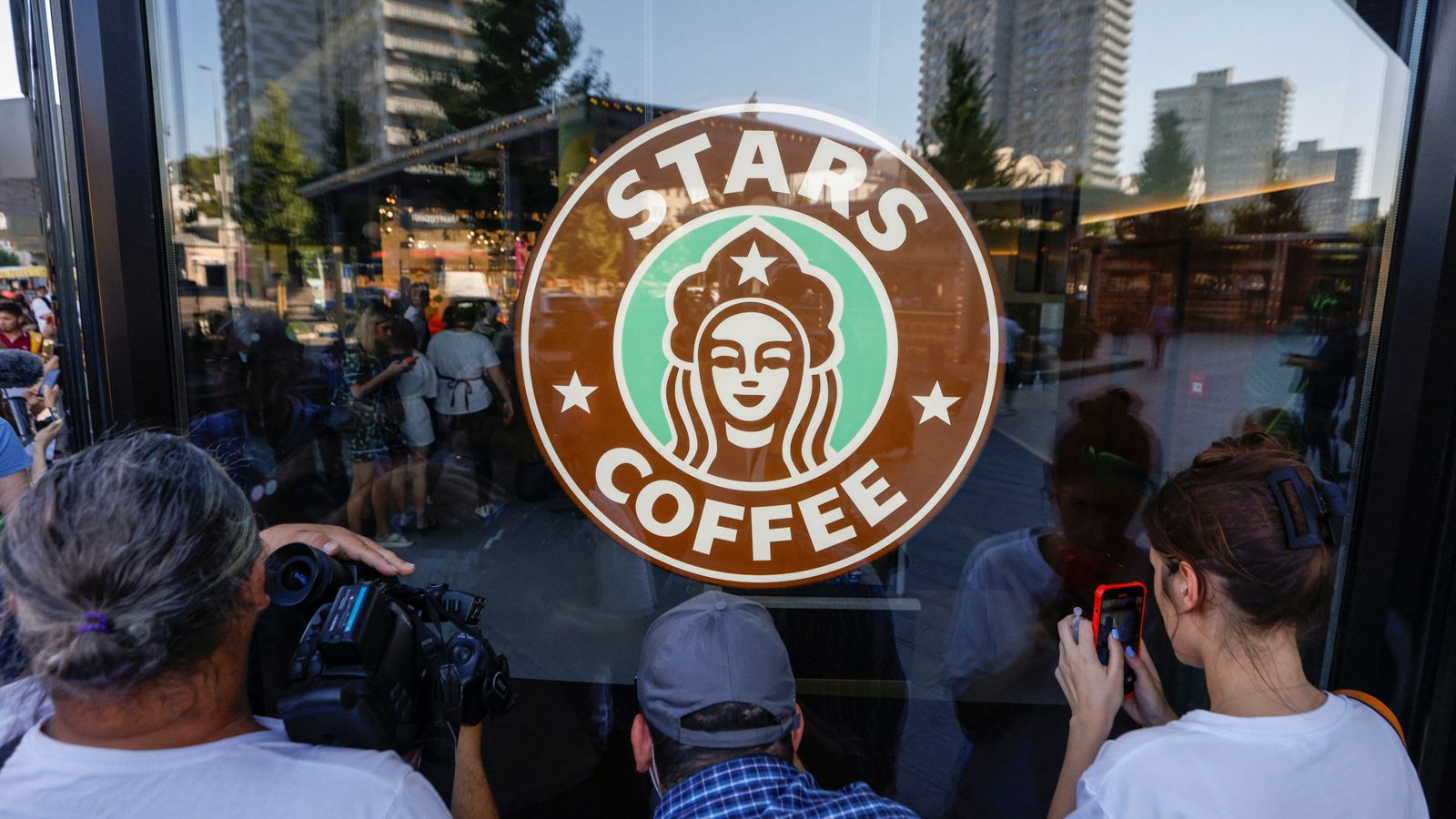 A successor to Starbucks is opening in Russia – with a similar logo, some customers may feel.

The original brand was one of a number of large corporations that exited Russia following Vladimir Putin’s invasion of Ukraine.

Rapper Timati and restaurateur Anton Pinskiy bought the assets and are using the same locations.

Starbucks had 130 stores in Russia and almost 2,000 employees. There will be a gradual reopening this month and next, Mr Pinskiy said.

The new logo features an image of a woman with a star above her head.

Banned from using the actual Starbucks logo, Timati said they wanted to find some continuity.

The branding, with its circular form and “female gender” contrasts nicely with its brown, “masculine colour”, he said.

It is only brown on the outside, however. In the middle, it is green.

“If you compare, then apart from the circle, you won’t find anything in common,” Mr Pinskiy said.

He did concede, however, that “people’s perceptions may be different”.

Starbucks declined to comment on the similarity of the logo and the name.

Stars Coffee is importing its coffee beans from Latin America and Africa, Mr Pinskiy said, while suppliers of other items are based in Russia.

“We just found other suppliers, found the right roasters, and because the baristas mixed it all correctly, we have a
product that we think will be competitive,” he said.

The venture follows the strategy of reviving closed McDonald’s outlets under a new name but with much the same menu.