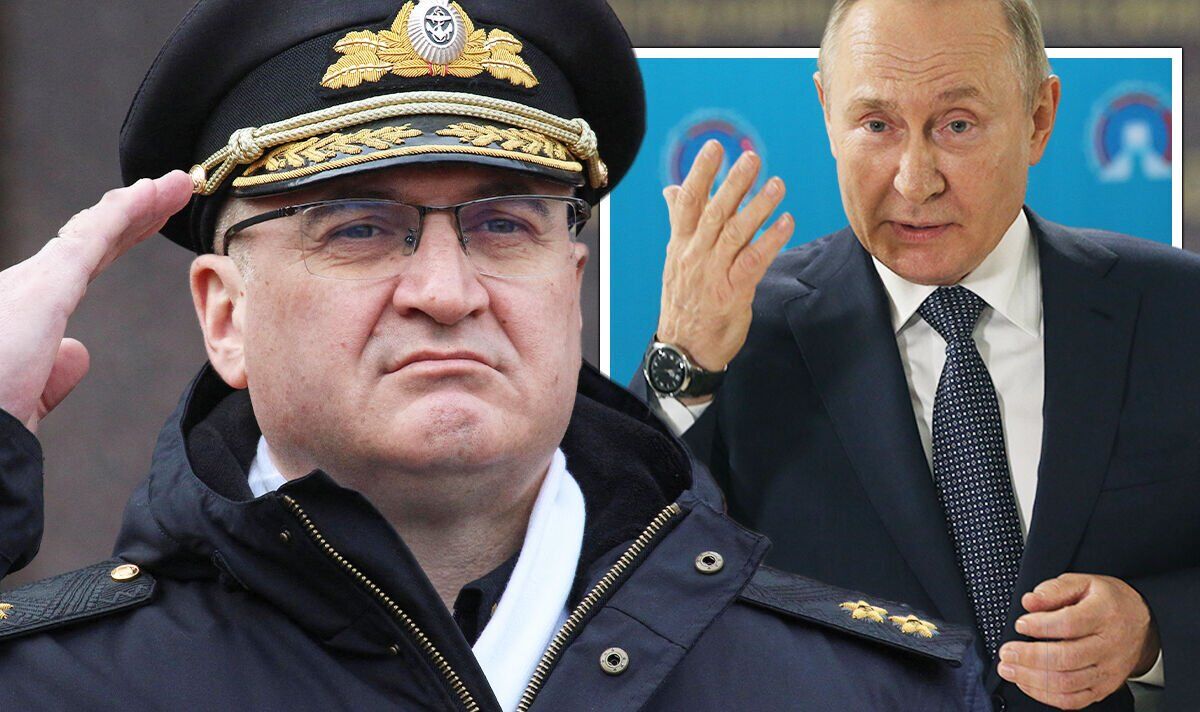 Putin has fired Igor Osipov, the commander of Russia’s Black Sea fleet, after a series of recent explosions at a naval air base in Crimea, according to reports in Moscow.

Sokolov has held several senior positions in the Russian navy and has been in charge of a naval academy in St Petersburg since 2020.

The fleet did not confirm the change, saying such reports were rumours until officially confirmed.

However, RIA reported Sokolov, 59, had already been presented to the fleet’s military council at its headquarters in the Crimean port of Sevastopol and started his work.

The agency said: “There was no public event, and probably won’t be, due to the yellow terrorist alert level introduced in the city.”

A week later, Kyiv remained silent again when a series of explosions shook the village of Mayskoye in Crimea on Tuesday, as a suspected Russian ammunition depot went up in flames, forcing the evacuation of 3,000 people.

Ukraine’s armed forces posted spectacular footage of explosions over a wide area, and Moscow called it “a result of sabotage”, without directly assigning blame.

The targeting of logistics hubs has gone hand-in-hand with hitting key logistics routes.

Ukraine has in recent weeks taken down bridges across the Dnieper river in Kherson oblast to prevent the Russian army from resupplying its forward positions on the west bank.

On August 10, Ukraine’s southern command said it rendered the bridge across the Dnieper at the Kakhovska hydro-electric power station unfit for use by the Russian military.

That, the UK’s Ministry of Defence (MoD) said, means Russian forces are now restricted to two pontoon ferries they have brought.

The ISW wrote in an assessment of the disrupted river crossings: “Russian forces cannot support mechanized operations at scale without a reliable GLOC (ground lines of communication).

“Bringing ammunition, fuel, and heavy equipment sufficient for offensive or even large-scale defensive operations across pontoon ferries or by air is impractical if not impossible.”