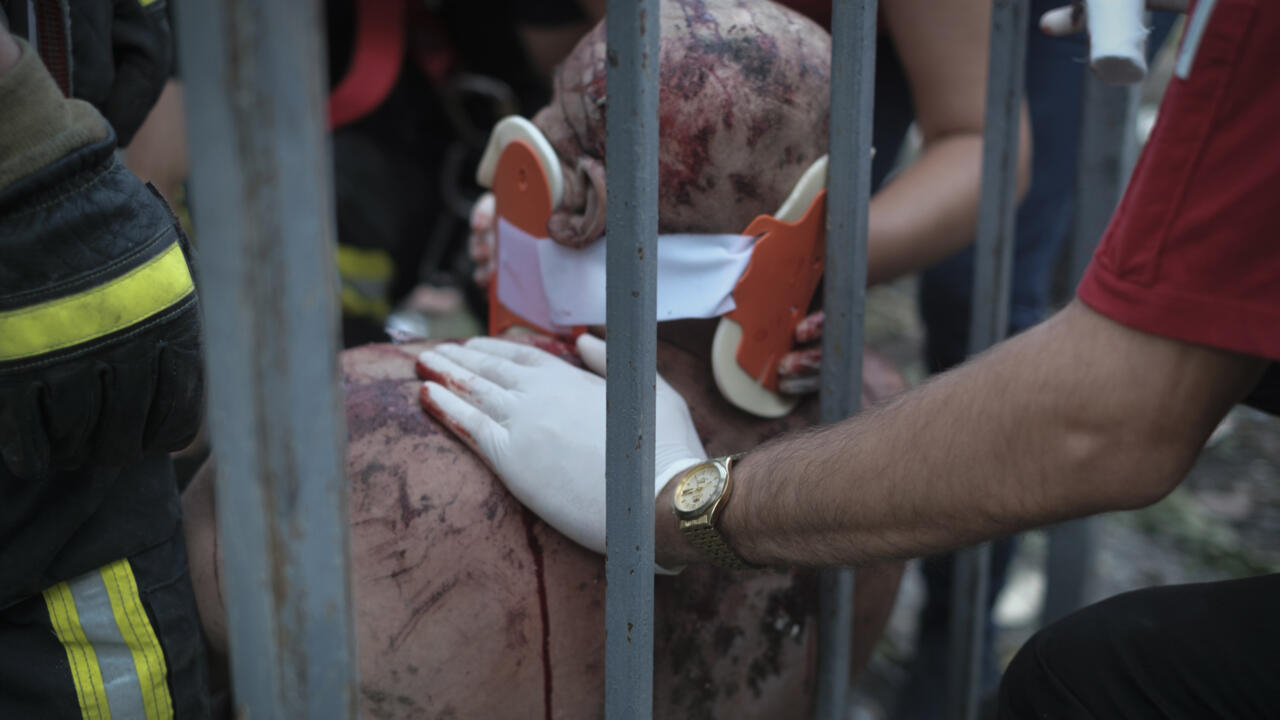 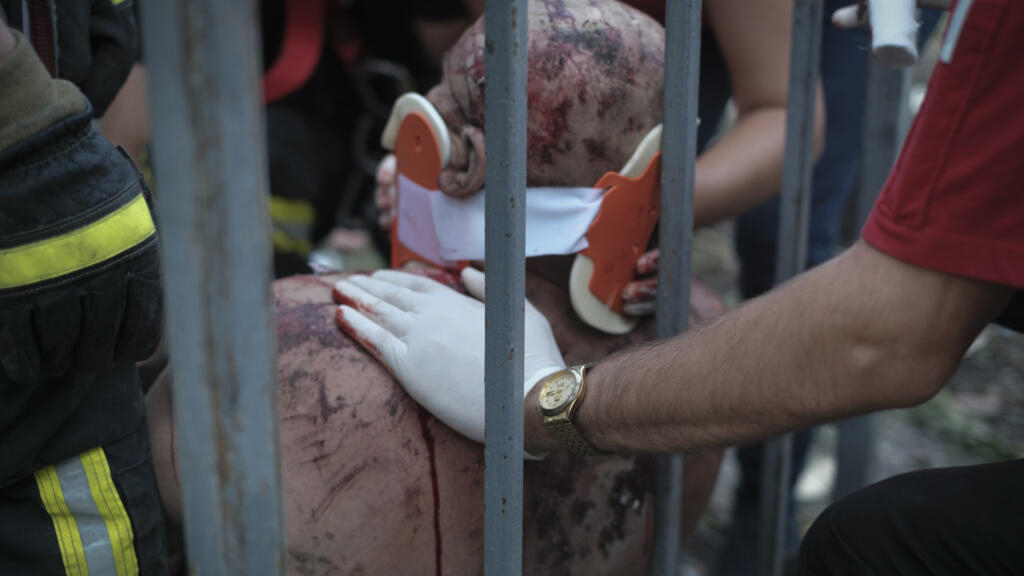 Russian forces fought Wednesday to encircle the Ukrainian military’s last stronghold in a long-contested eastern province, as shock reverberated from a Russian airstrike on a shopping mall that killed at least 18 in the centre of the country two days earlier. Follow our live blog for the latest developments. All times are Paris time, GMT+2.

A theatre sheltering civilians destroyed in March in the besieged Ukrainian city of Mariupol was likely hit by a Russian airstrike in a war crime, Amnesty International said in a report published Thursday.

“Until now, we were speaking about an alleged war crime. Now we can clearly say it was one, committed by the Russian armed forces,” Oksana Pokalchuk, head of Amnesty’s Ukraine branch, told AFP.

“These explosions were caused by something really big: two 500-kilogramme (1,100-pound) bombs” dropped from a plane, she added, dismissing Russian claims that the theatre was hit in a false-flag attack by the city’s Ukrainian defenders.

The US Treasury Department announced Wednesday the transfer of $1.3 billion in economic aid to Ukraine as part of the initial $7.5 billion promised to Kyiv by the Biden administration in May.

“With this delivery of economic assistance, we reaffirm our resolute commitment to the people of Ukraine as they defend themselves against Putin’s war of aggression and work to sustain their economy,” Treasury Secretary Janet Yellen said in a statement.

The payment, part of the $7.5 billion aid package signed by President Joe Biden in May, is set to be made through the World Bank.

According World Bank estimates, the war, which began with Russia’s invasion of its former Soviet neighbor in February, could cause the Ukrainian economy to contract by up to 45 percent in 2022.

The country is currently running a budget deficit that is growing by $5 billion every month, exacerbated by its inability to raise funds or to access financing on external markets.

Allies have rushed to pump Ukraine with aid, with the G7 and the European Union also announcing commitments of $29.6 billion in further money for Kyiv, with $8.5 billion of that coming from the United States, according to the Treasury Department.

Washington already disbursed two payments of $500 million of that through the World Bank in April and May to help cover Ukraine’s immediate costs as it dealt with “Russia’s unprovoked and unjustified invasion,” the Treasury said.

Washington has already supplied Kyiv with more than $6 billion in military equipment since Russia’s invasion.

12:30am: If Putin was a woman, there would be no Ukraine war, says UK’s Johnson

Russian President Vladimir Putin would not have started the war in Ukraine if he was a woman, according to British Prime Minister Boris Johnson.

“If Putin was a woman, which he obviously isn’t, but if he were, I really don’t think he would’ve embarked on a crazy, macho war of invasion and violence in the way that he has,” Johnson told German broadcaster ZDF on Tuesday evening.

Putin’s invasion of Ukraine is “a perfect example of toxic masculinity”, he said, calling for better education for girls around the world and for “more women in positions of power”.

Putin, speaking in the Turkmenistan capital of Ashgabat, dismissed Johnson’s comments as “incorrect”.

“I’d like to point to events in modern history when (former British prime minister) Margaret Thatcher decided to launch an offensive against Argentina for control of the Falkland Islands” in 1982, he said.

“There, a woman decided to start a war,” which ended in British victory the same year, the Russian leader said.

Britain pledged another £1 billion ($1.2 billion) in military aid to Ukraine Wednesday to help it fend off Russia’s invasion, including air-defence systems and drones.

The fresh funds will bring Britain’s total military support to Kyiv since the start of the war in late February to £2.3 billion, Downing Street said in a statement.

This will be a “first step” to allow Ukraine to go beyond its “valiant defence” efforts and move towards “mounting offensive operations” to regain territory.

British Prime Minister Boris Johnson said Vladimir Putin’s attacks against Ukraine were “increasingly barbaric” as the Russian leader “fails to make the gains he had anticipated and hoped for and the futility of this war becomes clear to all.

“UK weapons, equipment and training are transforming Ukraine’s defences against this onslaught,” the statement quoted him as saying.

“And we will continue to stand squarely behind the Ukrainian people to ensure Putin fails in Ukraine.”

President Vladimir Putin said on Wednesday that Russia would respond in kind if NATO set up infrastructure in Finland and Sweden after they join the US-led military alliance.

Putin was quoted by Russian news agencies as saying he could not rule out that tensions would emerge in Moscow’s relations with Helsinki and Stockholm over their joining NATO.

Putin’s comment came a day after NATO ally Turkey lifted its veto over Finland and Sweden’s bid to join the alliance after the three nations agreed to protect each other’s security.

“There will no longer be relations between Ukraine and Syria,” Zelensky said in a video posted on Telegram, adding that the sanctions pressure against Syria “will be even greater”.

The frequency of shelling on Lysychansk, a city in eastern Ukraine under Russian attack, is “enormous”, the regional governor of Lugansk said on Wednesday.

Lysychansk “is constantly being shelled with large calibres. The fighting is continuing at the outskirts of the city. The Russian army is trying to attack constantly,” Sergiy Gaiday told Ukrainian television, later posting the video on his Telegram channel.

“Now there is a peak of fighting. The frequency of shelling is enormous,” he said, adding that there were still about 15,000 civilians remaining in the city which had a population of nearly 100,000 before the war.

However, their evacuation “might be dangerous at the moment”, he said.

Russian President Vladimir Putin still wants to seize most of Ukraine, but his forces are so degraded by combat that they likely can only achieve incremental gains in the near term, the top US intelligence officer said Wednesday.

Director of National Intelligence Avril Haines, outlining the current US intelligence assessment of the more than four-month war, said that the consensus of US spy agencies is that it will grind on “for an extended period of time”.

“In short, the picture remains pretty grim and Russia’s attitude toward the West is hardening,” Haines told a Commerce Department conference.