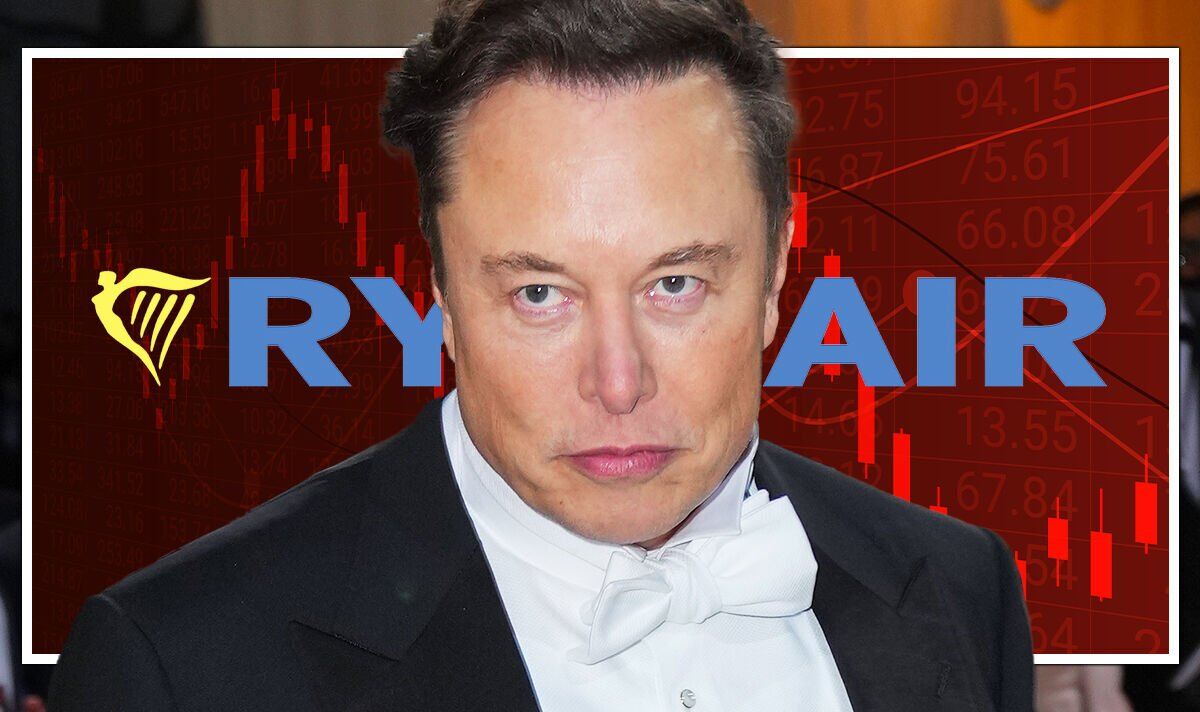 The budget airline took shots at the Tesla CEO for being a “crypto bro”. Mr Musk, who is also seeking to buy social media company Twitter, previously touted various cryptocurrencies online, including Dogecoin.

Ryanair posted a picture on Twitter of the ‘Tinder Swindler’ Simon Leviev flying in a private jet.

They said “Crypto bros yesterday vs. Crypto bros today” with two pictures of Mr Leviev, including one edited into a Ryanair seat.

Replying to their own post, Ryanair then tweeted at Elon Musk and asked “this you?”, mocking the CEO for his support of cryptocurrency.

Twitter user @CryptoDavio fired back at the airline: “Somebody being paid peanuts by Mike O’Leary bitter they missed the run.

“Don’t forget to turn off the lights on the way out tonight or he’ll dock your pay.”

It comes after the cryptocurrency market collapsed on Wednesday, with almost $200 billion (£163.353 billion) knocked off of all digital coins.

CoinMarketCap says on the coin’s page “The Terra blockchain has officially halted and UST has remained de-pegged from the US dollar since 9th May 2022”.

On Friday, Mr Musk said Dogecoin still has “potential as a currency”.

Responding to dogecoin co-creator Billy Markus on Twitter, the Tesla CEO said: “[Dogecoin] has potential as a currency.”

Mr Markus said “the reason I like dogecoin is because it knows it is stupid”, and added: “I enjoy that something stupid could also have utility and be successful.”