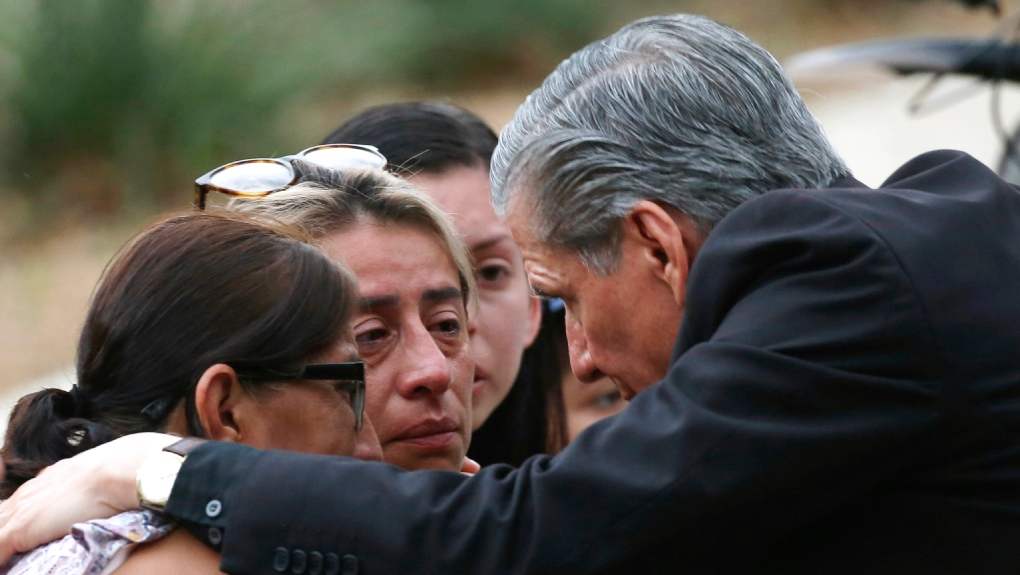 Eva Mireles on Tuesday went to a job she seemed to love, teaching fourth grade in the small Texas town of Uvalde, but she never came home, murdered along with 19 pupils and another teacher in the latest mass shooting to plague U.S. schools.


Mireles, who was trained in bilingual and special education, worked at Robb Elementary School, where a teenager killed them all in a hail of gunfire before being killed himself by police officers. Read full story


“My beautiful cousin! Such a devastating day for us all! My heart is shattered into a million pieces,” Arizmendi Mireles said.


In a short biography posted on the school district’s website, Mireles had written she had “a supportive, fun, and loving family” comprised of her husband, her college graduate daughter, and “three furry friends.”


Her husband, Ruben Ruiz, is a police officer at the school district’s police force, the agency investigating the massacre.


“I love running, hiking, and now you just might see me riding a bike!!” Mireles wrote on the website.


Her aunt, Lydia Martinez Delgado, grieved for her niece in a Facebook post, asking for prayers for her family and the entire town of Uvalde. The community, about 80 miles (130 km) west of San Antonio, has about 16,000 residents, nearly 80% of them Hispanic or Latino, according to U.S. Census data.


“I’m furious that these shootings continue. These children are innocent. Rifles should not be easily available to all. This is my hometown, a small community of less than 20,000. I never imagined this would happen to especially loved ones,” Martinez Delgado said in a statement.


“All we can do is pray hard for our country, state, schools, and especially the families of all,” the statement said.


There were two days left in the school year when Tuesday’s massacre unfolded. The school district canceled classes for the remainder of the school year and has established grief counseling for the survivors. Read full story