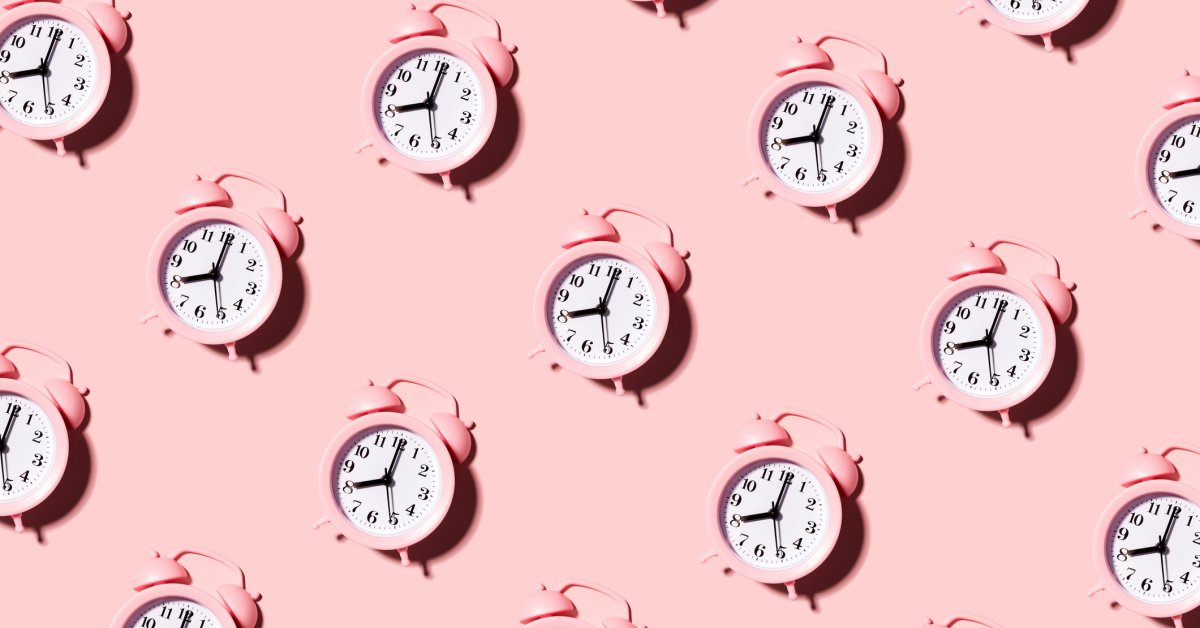 “So you’re saying that there’s nothing outside of money, or time, that will make anything better?”

A mother of three from the upper-middle-class neighborhood of Edenvale, located northeast of Downtown Johannesburg, South Africa, paused and then answered: “Yes.”

This exchange is the essence of conversations one of us (Lindsay B. Howe), and her colleagues Alexandra Parker and Margot Rubin held with women in South Africa over the past several years. Across upper-middle class neighborhoods, working-class neighborhoods, and informal settlements, women wanted either more time or more money to manage household burdens in service of increasing control over their own time and personhood.

When studies revealed the so-called pink tax, showing in 2015 that personal hygiene products “for her” cost 13% more than similar products for men, it caused outrage and action. The irony that women, despite generally having fewer financial resources than men, are charged more for everyday goods and services even spurred French policymakers in 2014 to investigate this “secret tax” targeting women, and U.S. Congress in 2016 to introduce a “Pink Tax Repeal Act” prohibiting gender-based pricing discrimination.

But, as interviews and studies across the world reveal, there is also an unaddressed pink tax on women’s time: A global epidemic of women lacking time to conduct the activities of their everyday lives that men simply do not experience. Though a lack of time can be just as important for women’s well-being as a lack of financial resources, losses of time often go overlooked. To pursue a more gender-equal future, we need to expand the notion of the pink tax to consider time as another vital resource in which women face inequalities.

Why women have less time than men

Women have less objective time than men: more things to do and fewer minutes in which do them. Men have on average 5 hours more of leisure time per week than women—equivalent to 260 hours, or 10.8 full 24-hour days, each year. Why is there this time inequality?

At home, childcare and chores devour women’s time. In interviews with working mothers in informal settlements in Kibera, Kenya, one lamented: “I have so much to do at home and I still have to go to work.” In data collected in rural Uganda, when asked whether men spend more time doing things they enjoy than women, another interviewee said: “Women don’t have a choice. It’s mandatory for them to do these things. A man can go to the garden and then go bathe and go drinking, and they don’t have other responsibilities.”

At work, women–even those who have the security of steady employment–face further unequal time demands. Women are more often asked and expected to take on “office housework”: necessary but non-promotable tasks such as taking notes, helping new hires get up to speed, bringing in cake for colleagues, or getting coffees for the office. Aligned with gender-based stereotypes, one study found that women volunteer up to 50% more than men for these tasks. Women are also less likely to delegate tasks to other employees than men, in part because they feel more guilt about potentially burdening their employees. Finally, women negotiate for time on their work tasks at a lower rate than men—in one study, men were more than twice as likely as women to request an extension when their deadline was adjustable—perpetuating this time poverty trap further.

Read More: When Food Is Scarce, Women Suffer Most

The pink tax on time stems not only from major demands, but also small cuts. Women experience greater time administration, or burdens from managing others’ time. In interviews, organizing household chores—in addition to doing them—emerged as a common struggle. As another South African woman from Edenvale shared, “I actually shouted at my husband a couple of weeks ago. I said, ‘You know, you used to help with the laundry.’ He said, ‘Well, why don’t you remind me?’ And I said, ‘I have to remind you to remind you to do laundry? It’s laundry! It’s there! The basket is overflowing.’ … I think it’s just because I’m a woman. It’s just fallen into my lap.” Paralleling this pressure, at work, women spend more time helping to rethink and revise work practices to help organize others.

Why women enjoy their time less than men

As a woman from the working-class South African neighborhood of Bedfordview described, “I judge myself. I expect myself to be ‘that wife.’ The wife that is perfect, that can cook, that can iron, that can look after the husband and the child and clean house all the time. I took my own personality and I buried it.” She felt constantly judged by her relatives, as well as society at large, leading to high levels of stress to “always be busy” doing care work and rarely enjoying the little time she did have for herself.

This is because women experience higher levels of time guilt: a constant pressure to be busy and productive, often complicated by extra guilt when work and family domains collide. Further, women are faced with time judgment from others for how they use their time: for instance, either being judged as bad parents for spending too much time at work, or as bad workers for spending too much time at home.

Research also vividly illustrates how men do not as readily experience these feelings of time guilt and judgment. For instance, when asking one husband from Edenvale if he ever felt judged as a father, he responded saying, “That’s never something that bothered me. I’m aware of it, but it’s a bit like water off a duck’s back for me, and my wife gets very frustrated that it doesn’t bother me. Because it bothers her a lot, when she feels judged.”

Concomitantly, juggling more tasks results in women experiencing greater time fragmentation, meaning strain resulting from switching rapidly between competing demands or multiple activities interfering with one another. Moreover, women are more likely than men to be interrupted. In ongoing research into knowledge workers in the United States, Denmark, Brazil, and Spain, women were asked to report on what interrupts them at work. Initial results of one survey find that women were 33% more likely than men to report that it was their significant other.

Addressing the pink tax on time

How can we repeal the pink tax on time? First, we can address the objective pink tax with strategies to give women more free time overall.

Time-saving incentives are one solution: Giving women money or vouchers to pay someone else to complete daily tasks that erode their free time—cooking, shopping, laundry, bringing children to school, household maintenance—or to shorten the time spent on tasks, like providing money to take a taxi instead of a bus. Buying time in this way buffers people from time-related stress. Likewise, time-saving services, such as on-site, backup childcare, or prepared takeaway meals can reduce time burdens. Research suggests that time-saving services buffer both higher and lower-income working women from time-related stress.

Read More: You Might Want to Quiet Quit Housework, Too

Given that buying time is a luxury that few can afford, policy innovations are needed—and could be particularly impactful if they could be expanded and adapted to reach those with the lowest incomes around the globe. Time-saving policies should fit to the local context and tested for effectiveness. For example, in field research in Kibera, Kenya, women in informal settlements reported that meal and laundry services would be most helpful in saving time. The research team then worked with a local community center to study the effects of offering these time-saving services, finding that they reduced women’s perceived burden of unpaid labor by 7% and resulted in a 5% increase in well-being over the course of the study.

On a broader level, women could be encouraged to prioritize time. Most people—even time-stressed women—do not choose time over money. When given a choice of participation rewards, only 15% of working moms in Canada chose a housecleaning voucher over a cash prize in a lottery. Even those who clearly have the means to buy time often don’t: 40% of Dutch millionaires did not spend any money on outsourcing activities they disliked.

This means overturning social norms that pressure women, while also supporting men to equalize the way time is spent. For example, 60% of women find workplace flexibility key to future jobs. But flexibility is not enough. It remains stereotyped as something “for women,” and there is a risk that with more flexible work, any time women gain will be consumed by domestic responsibilities. At the same time, men get criticized at work and are stereotyped as less masculine when taking on childcare responsibilities, even resulting in workplace penalties like being demoted.

Workplaces need to explicitly empower both women and men to use flexible work for family responsibilities. Clearer workplace policies like mandatory “no-meeting” or “no-work email” after 5 p.m. could help ensure that employees, regardless of gender, can pick up children from school or complete other household obligations, and can further help to break the cycle of busyness as a status symbol. In adopting such policies that can reduce negative perceptions of employees who take up flexible work, it is important for workplaces to consider how when they offer a blanket policy (e.g., parental leave for both women and men), women still might not benefit to the same extent as men because of the additional household demands they take on.

Furthermore, free time needs to be reframed as essential, rather than as unproductive and wasteful. Spending time on activities such as exercising, volunteering, or socializing predicts happiness, and valuing leisure over work is related to greater fulfillment. Mindsets must shift to view leisure as necessary rather than nice-to-have, to empower both women and men to make time for life outside of work and to encourage managers not to penalize people who do.

Finally, the meaning of work needs to be redefined from a limited set of glorified professional activities to incorporate the important unpaid labor women—and to a lesser extent men—conduct both at work and at home. Counting these often-invisible acts formally as work, having employees track it, and managers reward it (or, taking the onus off employees by tasking managers with tracking these acts) could represent a first step toward rectifying unequal time demands at work. Solutions like counting years of childcare towards social security—as is common in countries like Germany—could also help offset the time inequalities that compound over women’s lifetimes.

Until we act, women will continue to pay the pink tax on time: doing more chores and childcare, more administrative and non-promotable tasks, worrying more about time, and falling further into exhaustion and burnout.

The quotes from the South African research referenced in this article are drawn from a series of collaborations between Lindsay Blair Howe, Alexandra Parker, and Margot Rubin investigating mobility, family, and everyday life in the greater Johannesburg area.