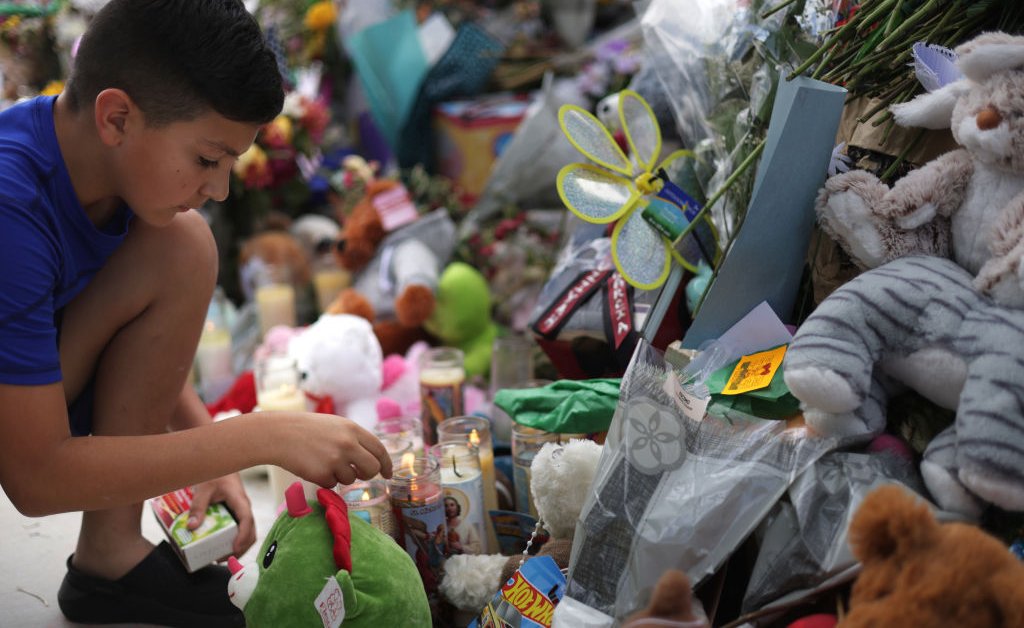 On October 1, 2015, after a gunman shot and killed his professor and eight students at Umpqua Community College in Oregon, President Barack Obama, who three years earlier, following the massacre at Sandy Hook elementary school in Connecticut, had failed to force Congress to pass new gun safety laws, stood frustrated at the podium. “Somehow this has become routine. The reporting is routine. My response here at this podium ends up being routine, the conversation in the aftermath of it … We have become numb to this.”

Fast forward seven years and amid a recent spate of horrific mass shootings—at a Buffalo supermarket, a Texas elementary school, and a Tulsa hospital—it feels like little has changed. In fact, things have gotten worse—mass shootings are more frequent and deadlier than ever.

Five years ago, tired of waiting for Congress to act with courage and conviction, we started researching the lives of mass shooters. Our goal was to gather the data that could change the exhausting routine President Obama called out—even if only incrementally, step-by-step. Our findings are outlined in the 2021 book, The Violence Project: How To Stop a Mass Shooting Epidemic.

To our genuine surprise, talking to mass shooters in prison and people who knew them, people who planned a shooting but never went through with it, victims’ families, shooting survivors, and first responders gave us reason to hope. We learned there are things we can do right here, right now, as individual concerned citizens, to stop a mass shooting before it ever starts.

It begins with a shift in mindset. Mass shooters are not them. They are us—boys and men we know. Our children. Our students. Our colleagues. Our community. This fact may make mass shooters seem harder to stop. The reality is quite the opposite.

Half of all mass shooters—and nearly 80% of school mass shooters—communicate intent to do harm ahead of time. They post threats on social media or tell their family and friends in person. This is a crucial opportunity for intervention, but many people don’t know what to do with that information or where and how to report it. By training ourselves to say something if we see or hear something that gives us pause, and by lobbying for behavioral intervention and threat assessment teams in our schools and workplaces, communities can proactively respond to these warning signs long before a prospective shooter ever picks up a gun.

A mass shooting is intended to be the final act of a person who has reached breaking point. No one thinks they’ll get away with a mass shooting; mass shootings end one of three ways: with the shooter taking their own life, law enforcement taking it for them, or the perpetrator spending the rest of their life in prison.

This all means classical deterrence mechanisms like harsh punishment or armed security at the door do little to prevent mass shootings. A suicidal shooter may in fact be drawn to a location if they know someone on site is trained to kill them. Rather than giving desperate people incentive to die, we must give them a reason to live.

Like CPR, suicide prevention and crisis intervention are skills anyone can learn—you don’t have to be a doctor or psychologist. We’ve trained thousands of people in verbal and nonverbal de-escalation techniques like active listening and focusing on feelings (not facts) in recent years: police officers, teachers, journalists, college professors, and office workers. Crisis intervention saves lives.

A crisis overwhelms a person’s usual coping mechanisms—a person in crisis is like a balloon ready to pop. All we must do is let a bit of the air out. We don’t have to completely deflate the balloon, or figure out then and there how and why it got so full, or make sure it can never get inflated again. The goal is not a long-term mental health treatment. Crisis intervention is recognizing when someone is in a crisis and stepping in to help them through that moment.

The problems in the lives of mass shooters feel so massive and overwhelming, but sometimes it’s the smallest thing that can get someone through a moment. In a popular TEDx Talk, Aaron Stark describes being diverted from the pathway to violence by a blueberry-peach pie. He was days away from perpetrating a school shooting, but a simple act of kindness, a homemade pie, reminded him that there was still good in the world and saved his life. Likewise, if people can’t get their hands on the easiest tools to harm themselves or others, there will be fewer tragedies. Most school shooters get their guns from home, which means parents of school-aged children can prevent death simply by locking up their firearms.

Collectively, we all need to be more alert, more compassionate, and in some cases more restrained in order to stop mass shootings. Mass shooters often are inspired by past mass shooters and the notoriety they achieved for their actions. We can counter this by only watching, liking, and sharing media coverage that is solution-focused and that names the real protagonists of these stories: the victims and survivors, communities and first responders. Even in our casual conversations, focus on stories of bravery, strength, and resiliency instead of reveling in scenes of carnage and chaos.

Mass shootings are not an inevitable fact of American life; they’re preventable. But for too long, America has either viewed possible solutions to mass shootings in isolation or created false dichotomies that are pitted against each other, from gun safety measures to mental health treatment. Even when solutions have merit, they are then wrongly dismissed for being imperfect. The reality is that imperfections do not render solutions useless. There is no one solution to this problem. As with Swiss cheese, there are holes—but if you layer the slices, one on top of the other, the holes start to get covered up. Just like we learned in dealing with the COVID-19 pandemic.

And layering imperfect solutions, holistically, is the only way to prevent mass violence.