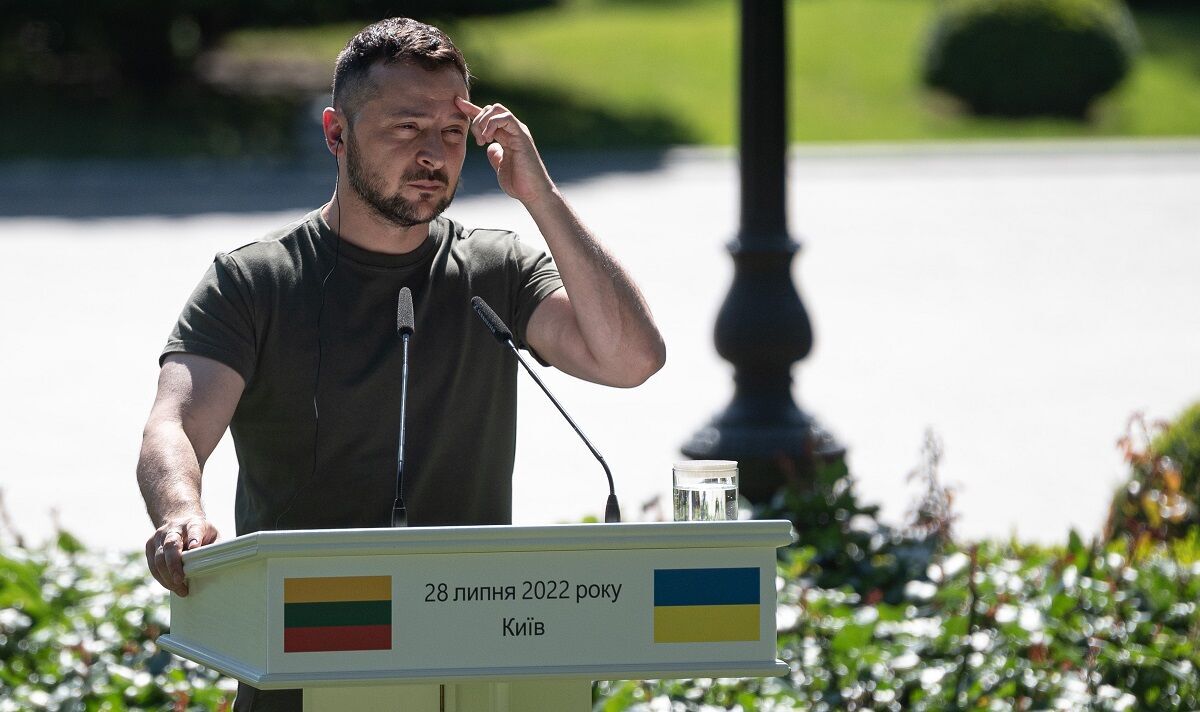 The human rights group said defenders appeared to have put non-combatants in harm’s way 19 times by setting up bases in residential areas. But Ukraine’s president accused its campaigners of offering “amnesty (to) the terrorist state [Russia] and shifting the responsibility from the aggressor to the victim. There is no condition… under which any Russian strike on Ukraine becomes justified.”

In an address to his war-torn country: “If someone makes a report in which the victim and the aggressor are supposedly equal in some way… then this cannot be tolerated.

Amnesty claimed Ukraine’s use of military bases in schools and hospitals violated “the laws of war”. But it said the tactics “in no way justify Russia’s indiscriminate attacks”.

Mr Zelensky’s face was this week beamed on to Edinburgh Castle’s walls in solidarity, during the city’s Military Tattoo.