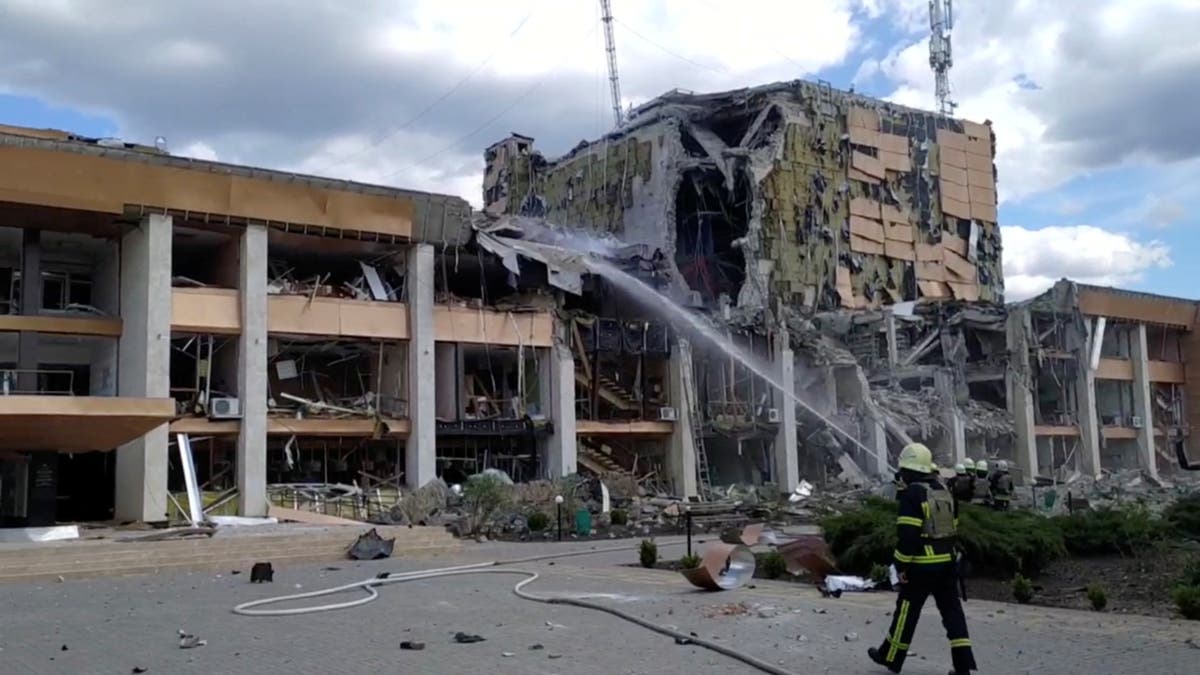 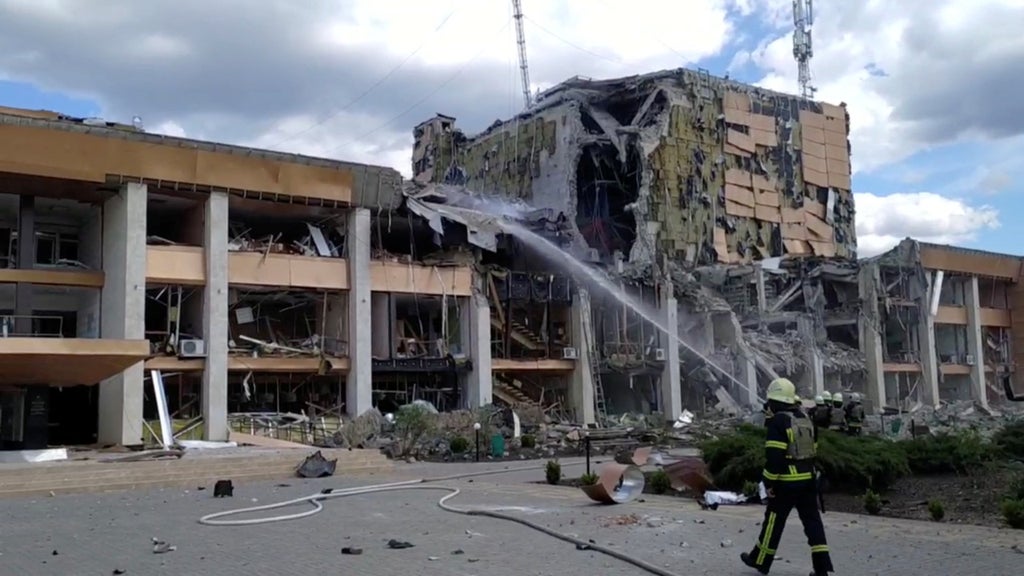 Russia‘s defence ministry on Friday said the last group of Ukrainian forces holed up in Mariupol’s Azovstal steel works had surrendered, marking an end to a weeks-long attack that left the city in ruins.

“The territory of the Azovstal metallurgical plant… has been completely liberated,” the ministry said in a statement.

“The underground facilities of the enterprise, where the militants were hiding, came under the full control of the Russian armed forces,” said the Russian statement, adding that a total of 2,439 defenders had surrendered in the past few days.

Earlier on Friday, Ukraine’s president Volodymyr Zelensky hit out at a video of a missile strike launched on a cultural centre in the Kharkiv region, which he described as “absolute evil, absolute stupidity”.

“Gas imports through Imatra entry point have been stopped,” Gasgrid Finland said in a statement.

The Finnish gas system operator said that the latest escalation comes amid an energy payments dispute with Western nations.

Moscow said it took the decision because Finland had refused to pay for gas in roubles, something the Putin regime demanded after western sanctions were imposed.

A woman ran onto the red carpet at the Cannes Film Festival on Friday to protest against sexual violence in Ukraine.

She stripped off her coat to reveal the words “stop raping us” painted on her body, along with the colours of the Ukrainian flag.

Ukrainian authorities have noted that sexual violence has been reported in several parts of the country during the Russian invasion, which began on 24 February.

The first mortar rounds are outgoing, aimed at Russian forces beyond a ridge. But the ones that follow are incoming, heading for Ukrainian positions, and land near the troops in their base, writes Kim Sengupta – The Independent’s defence and security editor.

The exchanges take place at Ruska Lozova, a village set in a landscape of woodland, valleys, streams and fields, which was officially liberated at the end of last month by Ukrainian troops, driving away the Russian forces that had laid siege to nearby Kharkiv.

It is just six miles north of the city, and the presence of Russian forces here, with tanks, artillery and air support, is an illustration of the fragmented front line here in the northeast of Ukraine.

His dispatch can be read in full here:

Ukraine’s Operational Command said that Russia has lost at least 36 soldiers, three T-72 tanks, a Grad missile launcher, and a number of vehicles along Ukraine’s southern frontlines over the past 24 hours.

40 countries of Ukraine contact group to meet on 23 May

Pentagon spokesperson John Kirby said that 40 countries of Ukraine Contact Group will meet again on 23 May.

The group, led by US secretary of defence Lloyd Austin, will discuss further support for Ukraine.

Mr Austin will speak with Ukraine’s defence minister Oleksii Reznikov ahead of the virtual meeting.

Former world chess champion Garry Kasparov and former oil tycoon Mikhail Khodorkovsky have been added to the Russian Justice Ministry’s list of individuals acting as foreign agents, according to the ministry’s website.

Both men are prominent critics of the Russian government.

Russia alleged that Ukraine is a source of financing for Khodorkovsky, while it claimed Kasparov’s funds have been sourced from both Kyiv and the Human Rights Foundation.

A 21-year-old Russian soldier told a court on Friday he had not wanted to kill an unarmed civilian and that he sincerely repented, as he delivered his final words at the first war crimes trial arising from Russia’s invasion.

Vadim Shishimarin, a tank commander, has pleaded guilty to killing Oleksandr Shelipov, a 62-year-old civilian, in the northeast Ukrainian village of Chupakhivka on 28 February.

“I sincerely repent. I was nervous at the time, I did not want to kill… that’s how it happened,” Shishimarin said.

Shishimarin is accused of firing several shots with an assault rifle at a civilian’s head from a car after being ordered to do so.

Defence lawyer Viktor Ovsiannikov told the court that Shishimarin had only fired the rounds after twice refusing to carry out the order to shoot and that only one out of three-to-four rounds hit the target.

Russia’s parliament could allow people over 40 to join the military, as it struggles to make territorial gains in eastern Ukraine, writes Rory Sullivan.