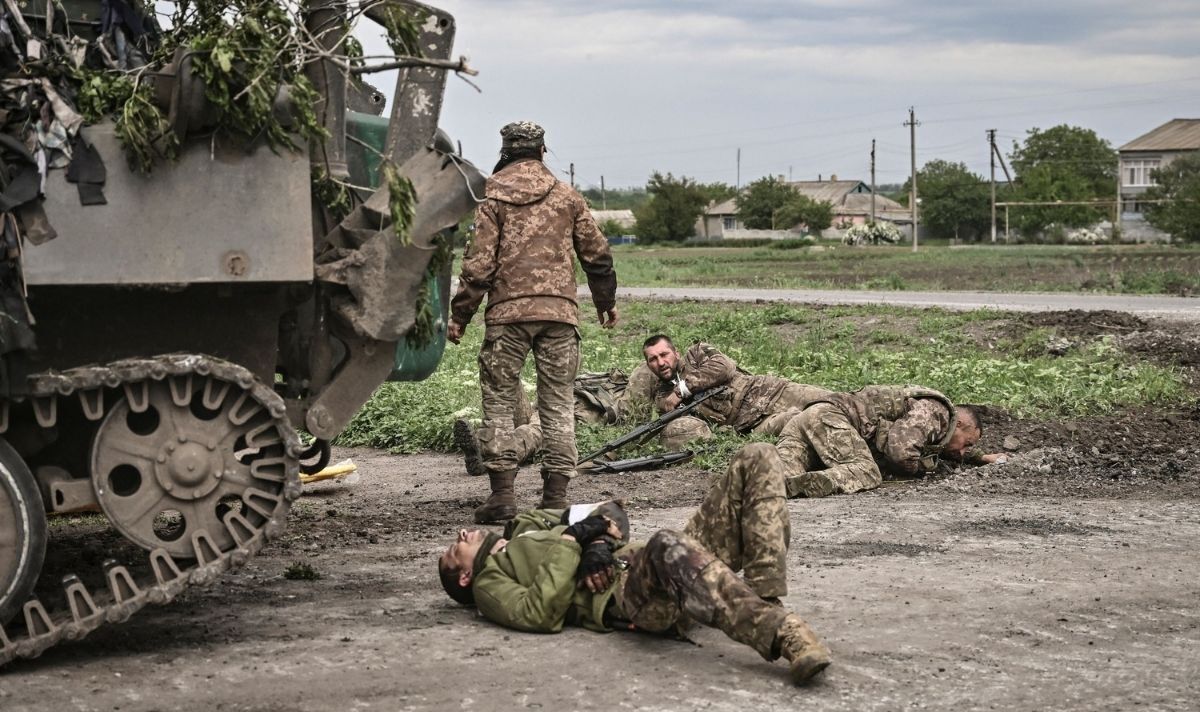 Russian gains in the Donbas region have gone largely underreported by the UK Ministry of Defence, he claimed. Likewise, Ukrainian losses and struggles for military resources have not been covered in British intelligence releases. Security correspondent for the BBC Frank Gardner claimed the official UK defence coverage of the conflict has been significantly “over-optimistic” in hailing the successes of the Ukrainian defence.

Mr Gardner suggested Putin’s invading forces had been performing well in the Donbas region as troops expanded Russian-controlled territory in the east.

In his analysis of the fighting in the Donbas region, Mr Gardner said: “There’s a severe risk of quite a large number of Ukrainian armed forces, regular armed forces, getting surrounded and cut off from any kind of retreat around Severodonetsk, in the Donbas.

“They faced a choice some time ago, do they cut and run? – nope, they decided they would defend it and there was always the risk that they would get surrounded.”

The security correspondent suggested a large number of Ukrainian troops fighting in Severodonetsk would soon be overwhelmed by Russian troops seeking to advance Putin’s territory.

He added: “Russia still has superior numbers and massive artillery.”

Mr Gardner confirmed Russian forces were well-supplied with artillery and the number of soldiers available to Putin remained larger than the armed Ukrainian defence.

He said: “The fighting in the Donbas is very close to the Russian border, it’s easier for them to resupply.

“I would say that I think we have been given, and I’ve criticised this before, a slightly over-optimistic view of how this war is going by British defence intelligence.”

The reporter suggested official Government releases on the war had not been entirely accurate in their portrayal of Ukrainian military achievements.

In an intelligence update released on May 24, the Ministry of Defence said: “There has been strong Ukrainian resistance with forces occupying well dug-in defensive positions.”

The release celebrated the success of Ukraine’s defensive forces and acknowledged only that Russia has achieved “some localised successes.”

Additionally, the release suggested Russia would struggle for military supplies as the conflict moves west into Ukraine.