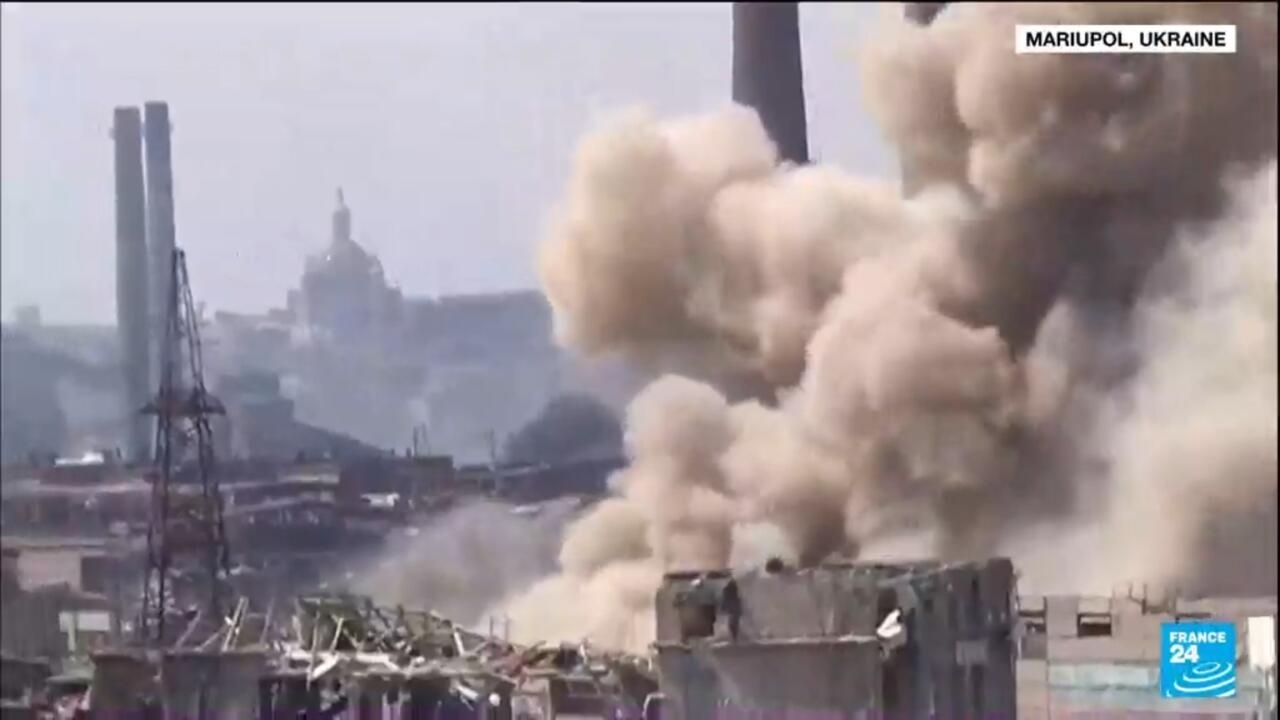 Ukrainian fighters in the tunnels underneath Mariupol’s pulverized steel plant held out against Russian troops Thursday in an increasingly desperate and perhaps doomed effort to deny Moscow what would be its biggest success of the war yet: the complete capture of the strategic port city.The bloody battle came amid speculation that President Vladimir Putin wants to present the Russian people with a battlefield triumph — or announce an escalation of the war — in time for Victory Day on Monday. Follow FRANCE 24’s liveblog for all the latest developments. All times are Paris time (GMT+2).

Authorities in Fiji have seized the $300 million yacht of Russian oligarch Suleiman Kerimov after the US Justice Department requested the vessel be held for violating sanctions and for alleged ties to corruption, the department said Thursday.

The five-year-old, 348-foot (106 meter) “Amadea” was berthed in Lautoka, Fiji in the South Pacific when local authorities took control of it based on a US warrant and a Justice Department request.

Fiji police and FBI agents seized the Amadea at a wharf on Thursday, two days after a Fiji court granted a U.S. warrant that linked it to money laundering.

The US Defense Department denied Thursday that it provided intelligence on the locations of Russian generals on the battlefield so that Ukraine forces could kill them.

Reacting to an explosive New York Times report on US support for the Ukraine military, Pentagon Spokesman John Kirby said it was true that the United States supplies Kyiv’s forces with military intelligence “to help Ukrainians defend their country.”

“We do not provide intelligence on the location of senior military leaders on the battlefield or participate in the targeting decisions of the Ukrainian military,” Kirby said.

Citing anonymous senior US officials, the newspaper said that of the approximately dozen Russian generals killed by Ukrainian forces, “many” had been targeted with the help of US intelligence.

“The United States provides battlefield intelligence to help the Ukrainians defend their country,” NSC spokesperson Adrienne Watson said. “We do not provide intelligence with the intent to kill Russian generals.”

Ukrainian President Volodymyr Zelensky said the evacuation of civilians from the besieged port city of Mariupol had continued on Thursday but did not say how many people had managed to leave.

In a video address, Zelensky also said Russian forces were still storming and shelling the city’s Azovstal plant, where civilians and military forces are sheltering.

Zelensky also said Russia’s invasion has devastated hundreds of hospitals and other institutions and left doctors without drugs to tackle cancer or the ability to perform surgery. He said many places lacked even basic antibiotics in eastern and southern Ukraine, the focal points of the fighting.