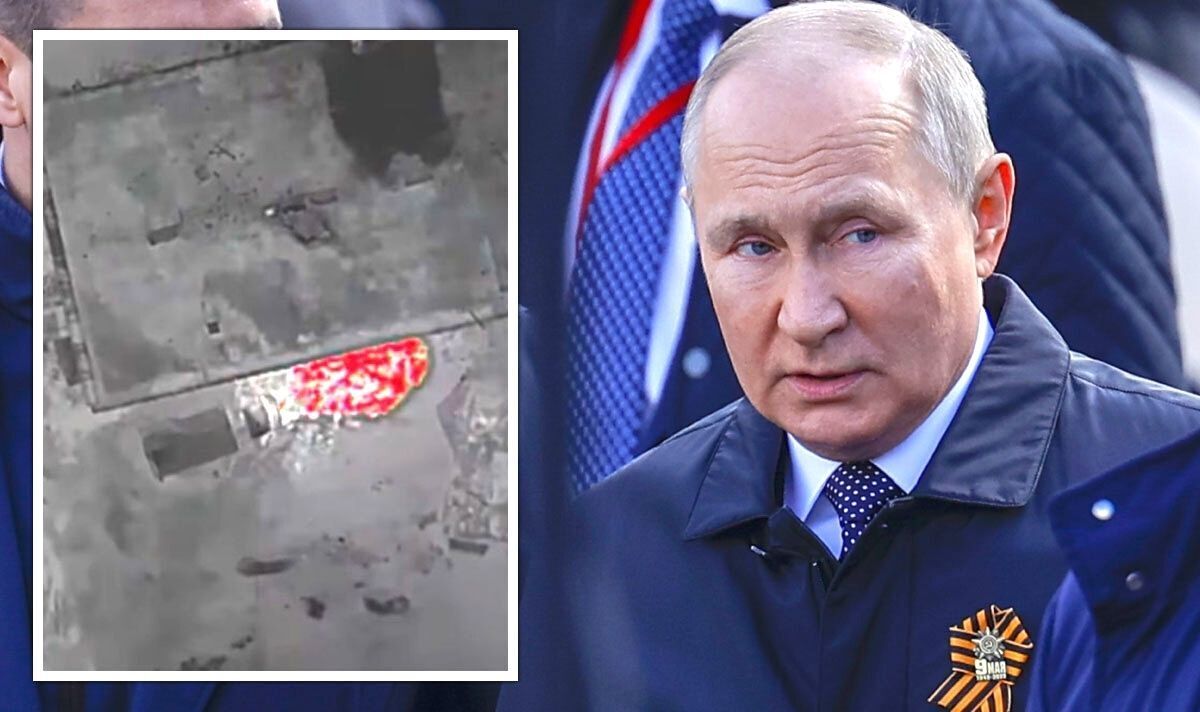 Bombs dropped from high-flying aircraft drone on a Russian military equipment site in Ukraine. Footage showed four missiles dangling from the planes before being launched at various points around the Russian site. The attack was carried out by the 503rd Separate Battalion of Ukraine Marines and is another devastating blow to Russian forces as they struggle to gain an advantage in Ukraine.

The first missile is dropped in the corner of the site, causing a huge explosion which disrupts the artillery stores.

A second bomb is then launched nearby, adding to the devastation.

A Russian military vehicle is then targeted by the Ukrainian Battalion, which lands on the hood of the truck and tears it apart.

Finally, a fourth missile can be seen dropping from higher in the air, devastating a large area of the site.

Ukrainian officials have claimed Russia has lost almost 1,200 tanks, while other estimates suggest it is lower but still considerable.

Military and intelligence blog Oryx, which calculates Russian losses based on photographs from the front line, said Putin’s military has lost 664 tanks.

The blog, which claims to be accurate up to May 13, added that Ukraine has destroyed or immobilised a further 3,000 armoured vehicles and heavy equipment.

READ MORE: First soldier on trial for war crimes says he was told to do it [REVEAL]

The Group of Seven (G7) leading Western economies pledged in a statement today to “further increase economic and political pressure on Russia” and to supply more weapons to Ukraine.

And Ukraine’s President Volodymyr Zelensky also said complex talks were underway to find a way to evacuate a large number of wounded soldiers from a besieged steel works in the port of Mariupol in return for the release of Russian prisoners of war.

Mariupol, which has seen the heaviest fighting in nearly three months of war, is now in Russian hands.

But hundreds of Ukrainian defenders are still holding out at the Azovstal steel works despite weeks of heavy Russian bombardment.